TUNIS (Reuters) – Rail, bus and air traffic stopped in Tunisia on Thursday as the powerful UGTT union staged a one-day nationwide strike to protest against the government’s refusal to raise the salaries of 670,000 public servants. 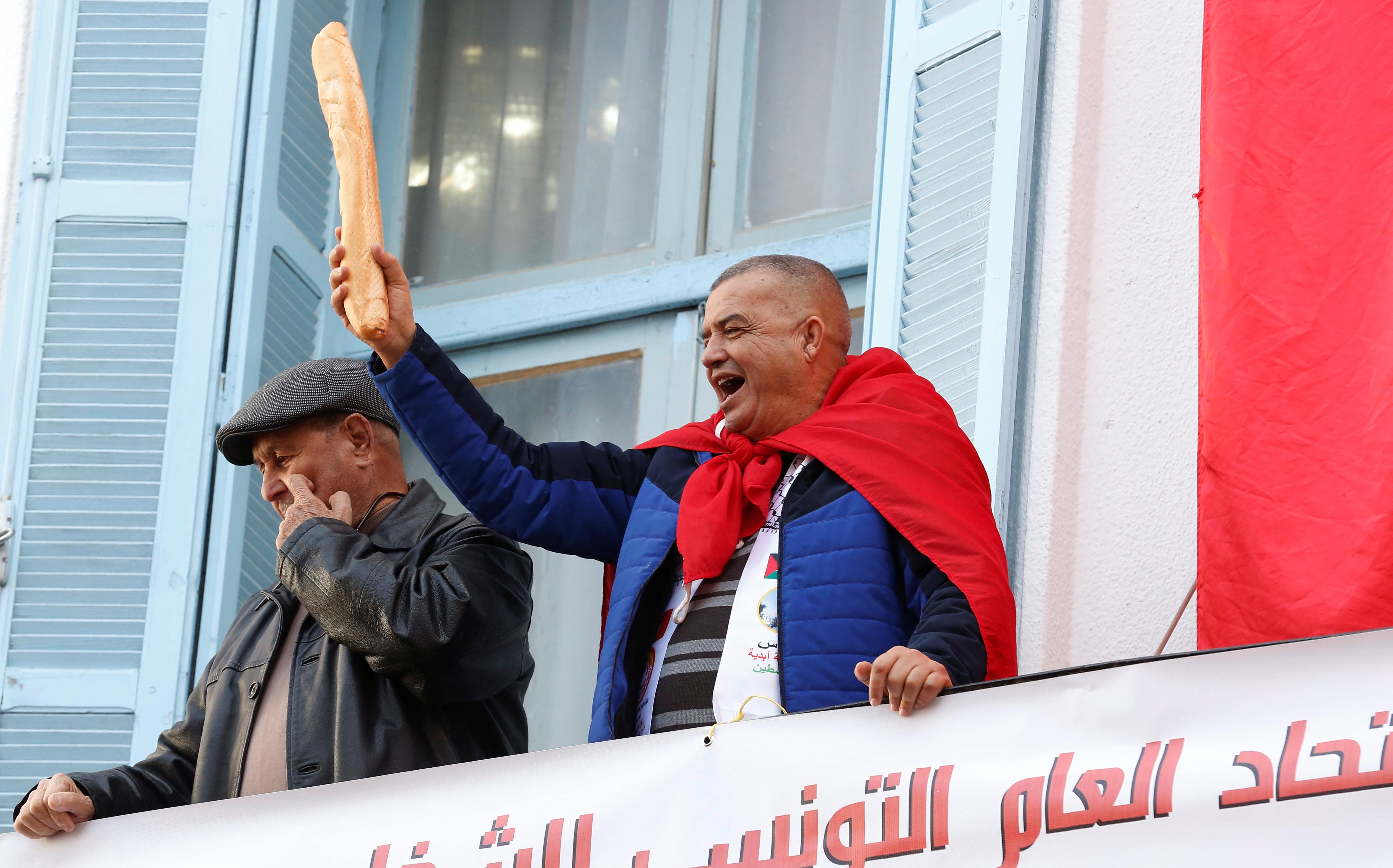 Thousands gathered in front of UGTT headquarters in central Tunis chanting: “The people want the overthrow of the government”. The same slogan was used in 2011 when mass protests toppled strongman Ben Ali and kicked off “Arab Spring” uprisings across the region.

Tunisia is the only Arab country that has undergone a transition to democracy in the wake of those protests, avoiding civil war as in Syria or a return to autocratic rule like Egypt.

But an economic crisis has eroded living standards in the North African country and unemployment is high as political turmoil and lack of reforms have deterred investment needed to create jobs. That has forced the government to launch austerity measures to please donors and lenders including the International Monetary Fund.

“The power belongs to the people”, protesters chanted at a central UGTT rally near the central Habib Bourghiba Avenue, the scene of mass protests in 2011, also calling for salary increases. Police showed a strong presence but did not interfere.

Tunisia is under pressure from the IMF to freeze public sector wages as part of measures to reduce its budget deficit.

But the UGTT says the monthly average wage of about $250 is one of the lowest in the world, while the state Institute of Strategic Studies says real purchasing power has fallen by 40 percent since 2014.

Sami Tahri, Deputy Secretary-General of the UGTT, said the government had opted for a confrontation with public servants in a bid to meet the IMF’s demands.

Government spokesman Iyad Dahmani said the state did not have the funds to pay more for public employees — any increase would lift annual inflation to 10 percent from 7.4 percent now.

Government and union sources told Reuters the government had proposed spending about $400 million on pay rises whereas the UGTT had asked for about $850 million. The government aims to cut the public sector wage bill to 12.5 percent of gross domestic product in 2020 from the current 15.5 percent, one of the world’s highest levels according to the IMF. Tunisia struck a $2.8 billion loan deal with the IMF in December 2016. The program aims to overhaul its ailing economy with steps to cut chronic deficits and trim bloated public services, but progress has been slow.