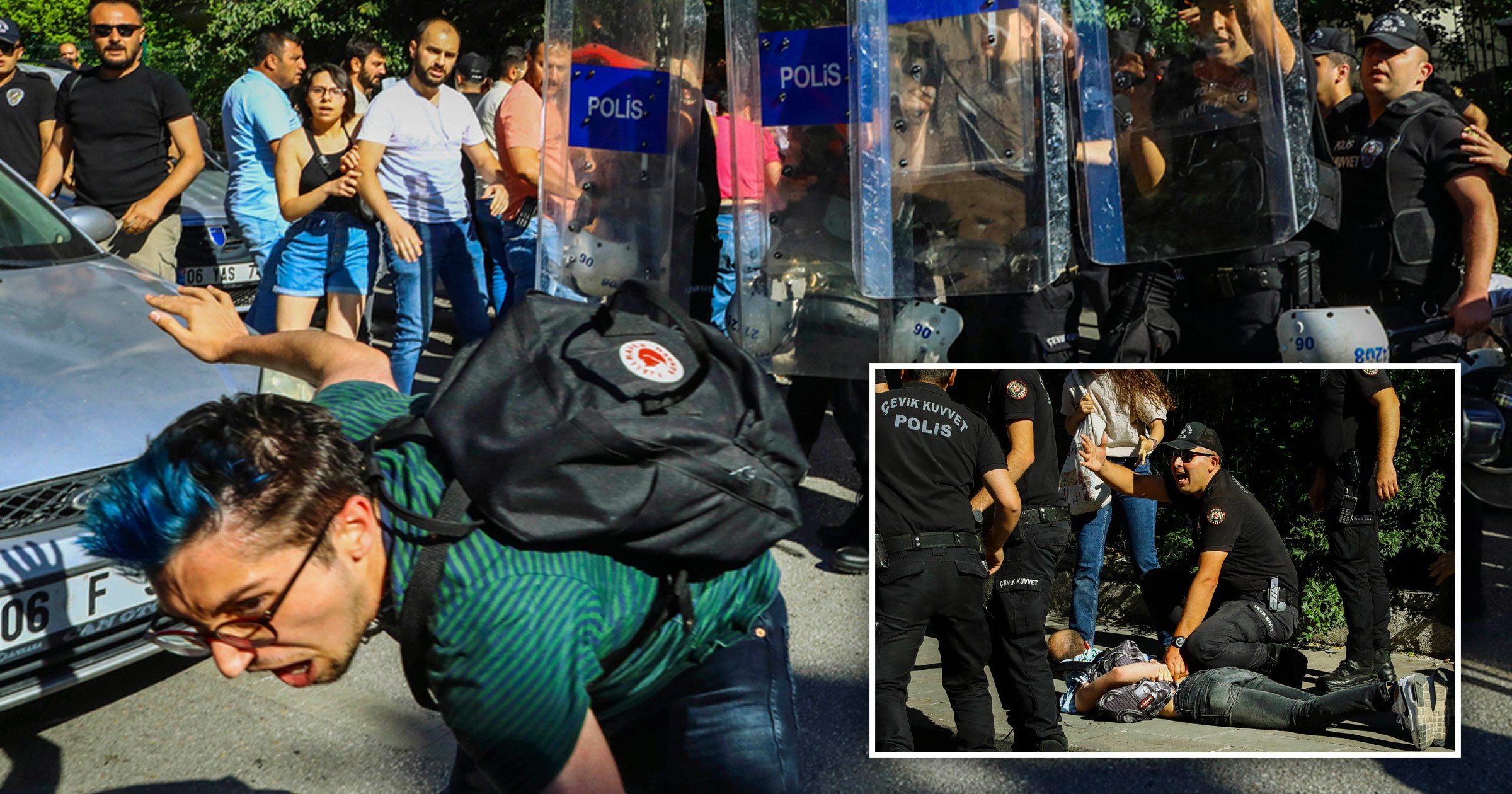 Police in Turkey broke up an LGBTQ+ Pride march using pepper spray and teargas against crowds in a sweeping display of discrimination.

According to activists from UniKuir, at least 36 people were detained in the capital Ankara after authorities prohibited such marches for security reasons.

They were part of a group of 50 holding rainbow flags and marching towards a main park to mark the end of Pride Month.

Reuters journalists witnessed officers pepper spraying activists and dragging them across the ground before handcuffing them and putting them in buses.

A small group of Islamists, who regard the LGBTQ+ community as a threat, held a counter-demonstration near the park.

Homosexuality is legal in Turkey but official opposition to has grown in recent years.

The transcontinental country was one of the few with a Muslim-majority to allow Pride marches, and the first was held in 2003.

Last year, president Erdoğan praised the youth wing of his AK Party for carrying the ‘glorious history of this nation’ and not being ‘LGBTQ+ youth’.

The violent crackdown in the Turkish capital comes a week after officers dispersed a larger annual Pride march in Istanbul.

More than 300 participants were detained and journalists covering the event were also arrested. Most were released after a night in custody.

According to Human Rights Watch, the number of arrests was three times the total during the previous seven Istanbul Pride marches combined.

‘The Turkish government’s crackdown on Istanbul Pride is the latest in a brutal campaign against LGBTQ+ rights activism and freedom of expression,’ said Kyle Knight, senior LGBTQ+ rights researcher at Human Rights Watch.