Jurors could be jailed for Googling difference between manslaughter and murder before they convicted 18-year-old of stabbing salesman, 20, to death

Dharamjeet Digpal, 34, googled the difference ‘between murder and manslaughter’ on 12 November 2018.

Richard Wellings, 42, researched the word ‘manslaughter’ on the same day. 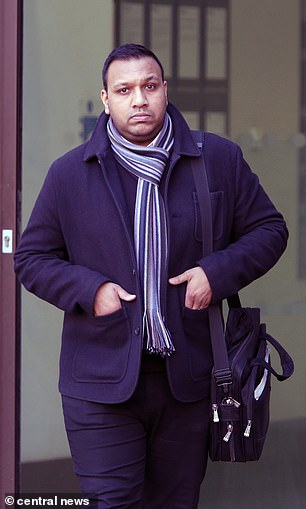 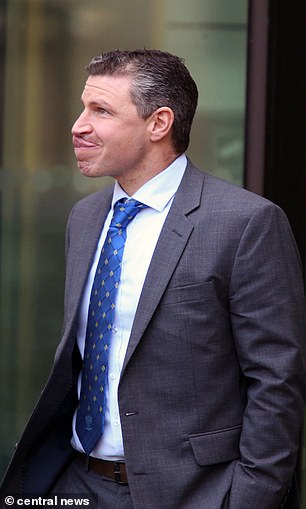 Dharamjeet Digpal, left, and Richard Wellings, right, were both jurors sitting on the trial of Lewis Simpson who was convicted of killing Osman Shidane in West London. Both Digpal and Wellings, admitted ‘researching’ the definitions of either murder or manslaughter while deliberating the case

They were members of a jury who later convicted Lewis Simpson, 18, of manslaughter after he stabbed Somali salesman Osman Shidane, 20, to death in west London.

Komal Varsani, prosecuting, said: ‘These matters relate to the defendants sitting on a trial at the Central Criminal Court which was a murder trial.

‘A member of court staff heard the defendants discussing research they had carried out in deliberation.’

A letter was sent to Judge Michael Grieve QC who referred the matter to the Attorney General.

Digpal and Wellings appeared at Inner London Crown Court today and both admitted to carrying out research during a trial under the Juries Act 1974.

The offence carries the maximum sentence of two years jail and or a fine. 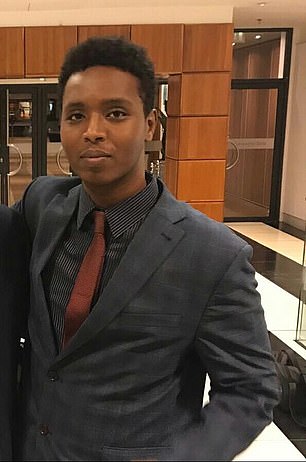 Osman Shidane, pictured, was killed during a violent attack in Ruislip, west London on May 15, 2018 by Simpson, who was aged 16 at the time

The charge against Digpal states that ‘being a member of a jury that tried an issue in a case before a court, namely R -v- Lewis Simpson at the Central Criminal Court, researched the case during the trial period, in that you used the internet to find out the difference between murder and manslaughter’.

Wellings’ charge describes him ‘researching the case during the trial period, in that you used the internet to research the word manslaughter.’

Dominic Teagle, representing Wellings said: ‘The allegation against him is he looked up the word ‘manslaughter’. He did not look into the background or anything like that.’

The Old Bailey trial had heard how Simpson chased down and stabbed Somali salesman Osman Shidane, 20, to death after they argued about a drug deal on 15 May 2018.

Mr Shidane, 20, was knifed three times by the teenager, who was 16 at the time of the attack, opposite an Asda in Victoria Road, South Ruislip, west London.

One injury which severed an artery left an eyewitness describing blood spurting from the 11cm deep wound before he collapsed in the street.

Simpson, who has since turned 18 and can now be named, denied and was cleared of murder, but he was convicted of manslaughter and jailed for six and a half years last December.

Digpal, of Ilford, and Wellings of Crickdale Avenue, Romford, both admitted one count of carrying out research during a trial under the Juries Act 1974.

They were bailed ahead of sentence on January 30.