TWO kids and four pets were rescued from a “hellhole” flat amid a child neglect probe, it has been claimed.

The youngsters were said to have been found by cops in the “uninhabitable” pad along with two dogs and two cats. 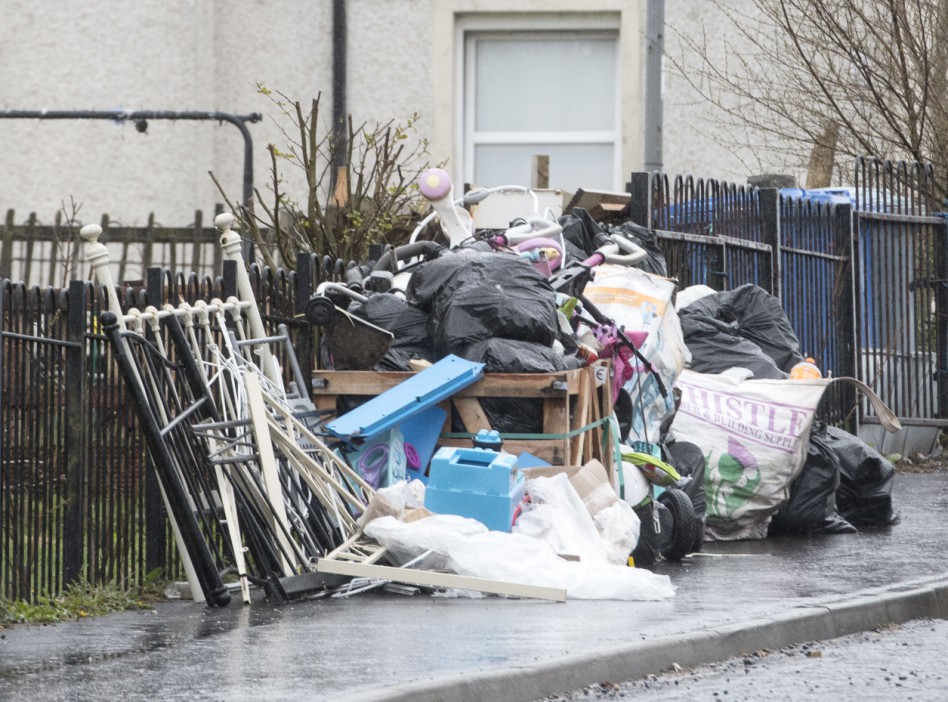 A woman aged 33 and a man, 39, alleged to have been in the property are being probed over claims children were left in squalor.

It’s thought a local called cops amid concerns for youngsters after a dead dog was found in a nearby playpark.

Days after officers went to the flat in Lanarkshire, all of its furnishings had been dumped outside along with bags of rubbish.

The entire flat has been gutted and the kids’ grandad admitted the authorities had said the property was unfit to be lived in.

He added: “I’m redecorating the whole house. Everything is thrown out. They said it was uninhabitable.”

But he denied the removal of the children was down to squalid conditions and refused to comment on the dead dog find.

It has also emerged that the Scottish SPCA are investigating the alleged incident in the village.

One local resident said: “The flat was apparently a tip, a complete hellhole, and it’s now been stripped back to the bare bones. We don’t know who called the cops but they didn’t waste any time removing the kids and animals from the home.”

Police said: “Around 10.25pm on Thursday,  April 29, officers attended an address in Lanarkshire following a report of concern regarding the condition of the property.

“A 33-year-old woman and a 39-year-old man will be the subject of a report to the procurator fiscal in relation to child neglect offences.”

Scottish SPCA inspector Emma Sergeant  said: “We can confirm we have been contacted about this incident.

“As this is an ongoing investigation we are unable to comment further at this time.”