Now you see me, now you don’t! This two-tone tiger is half-invisible after taking a mud bath in India

A tiger that tried to cool itself down by taking a mud bath was left half-invisible.

The Bengal tiger coated half its body in mud as it tried to find relief from the scorching 113F (45C) heat this month in India’s Tadoba National Park, Maharashtra.

While a tiger’s stripes usually help with camouflage, this cat made its rear half seemingly disappear. 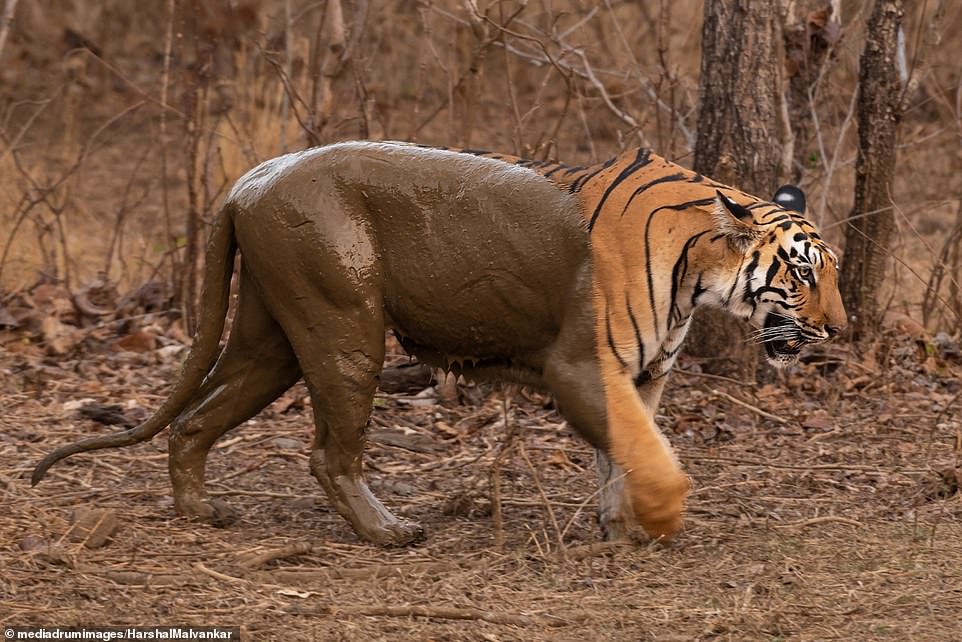 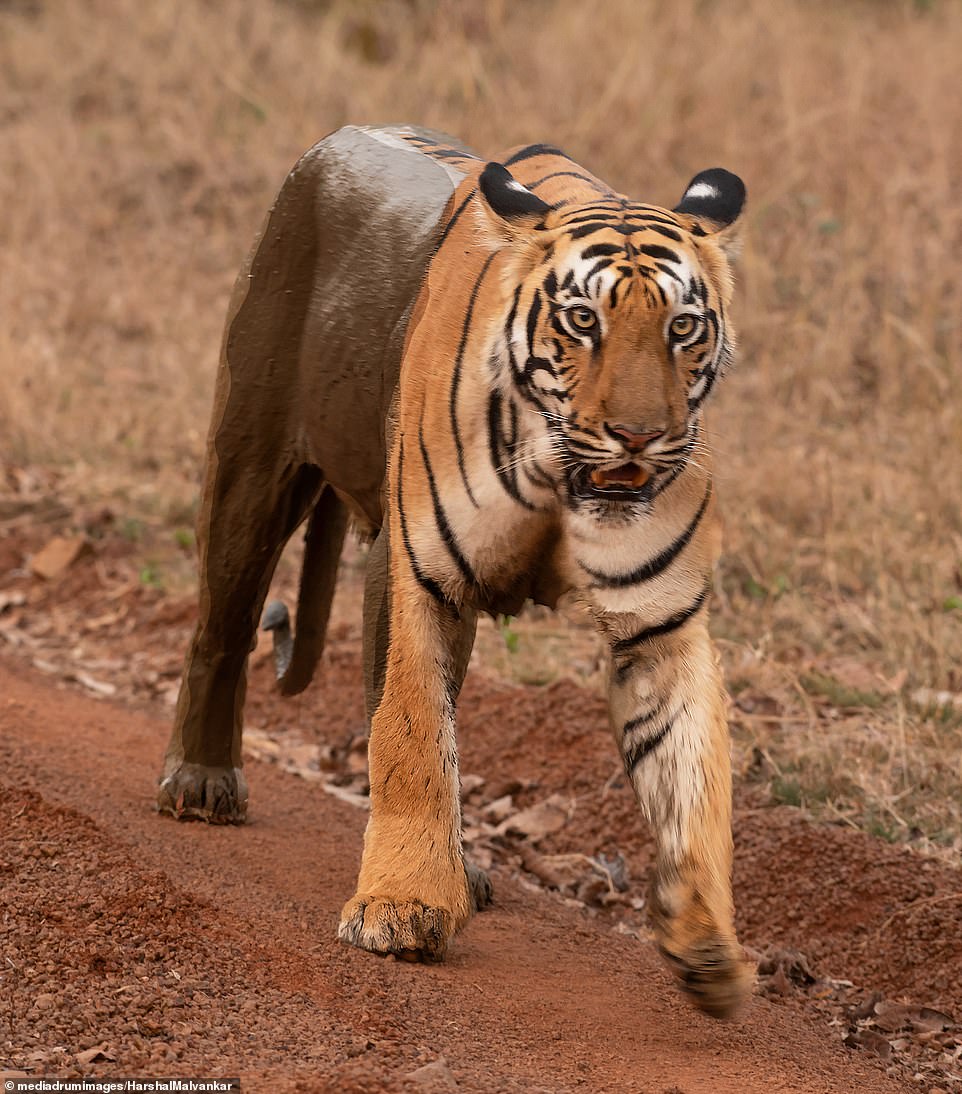 It was spotted jumping into a pool of cool mud before stalking off into the undergrowth.

The bare and brown trees surrounding the tiger meant it seemed only to have the front half of its body.

No two tigers have the exact same stripes and the Bengal variation can grow up to nine feet long and weigh 500 pounds.

He said: ‘It was extremely hot and the tiger had a mud spa.’

They are the largest big cats in India as well as the most common, although the number of tigers across the world has fallen dramatically over the last 100 years.

Bengal tigers are one of the five remaining subspecies and are at risk of extinction because of deforestation and hunting.