Millionaire travel tycoon, 70, who had to use his local library and internet cafe to get online because his brand new £2.95m apartment didn’t have broadband sues the luxury block’s owners for £100,000

A livid tycoon who had to use his local library and internet cafe to get online because his brand new £2.95m apartment didn’t have broadband is suing the owners of the luxury block for £100,000.

The building – where a penthouse flat once went on sale for £18m – offered high-end facilities including a private members’ club, roof terrace, restaurant, and valet parking. 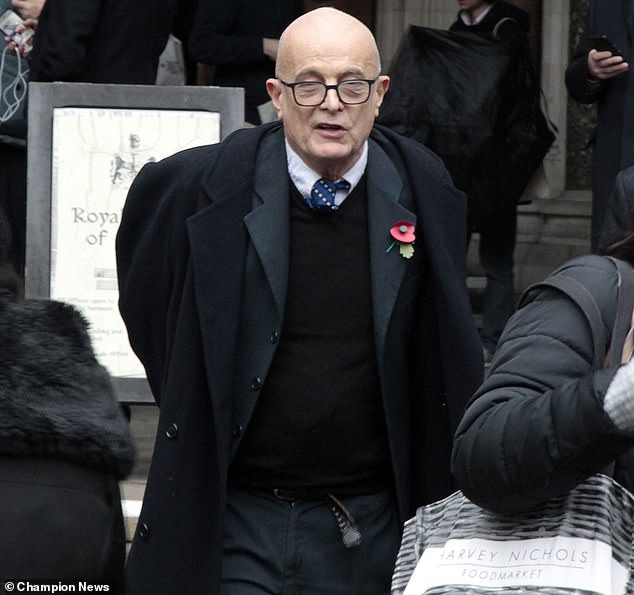 Millionaire travel boss Stephen Shalson, 70, who had to use his local library and internet cafe to get online because his brand new £2.95m apartment didn’t have broadband is suing the owners of the luxury block for £100,000

But Mr Shalson, who made his fortune in the travel industry, was infuriated when he discovered he could not get online in his new apartment, and had to traipse down to the library instead.

He says he had to endure ‘about a thousand days’ of low-tech misery until October 2016 when a connection from brand Hyperoptic was installed.

And he is now suing the freehold owners of the building, Heron Residences LLP, for £100,000, at Central London County Court, accusing them of breach of contract by failing to provide proper internet facilities.

However, Heron say it was not in the terms of the sale contract or his lease on the three-bed pad that it would be wired for broadband, according to defence documents.

The Heron was completed in 2013 amid great acclaim, looming 350 feet over the city and offering jaw-dropping views towards the Thames.

High-flying businessman Mr Shalson, who once ran a company selling Concorde holidays, claims Heron agreed that his apartment would have ‘good quality broadband internet available in all rooms’. 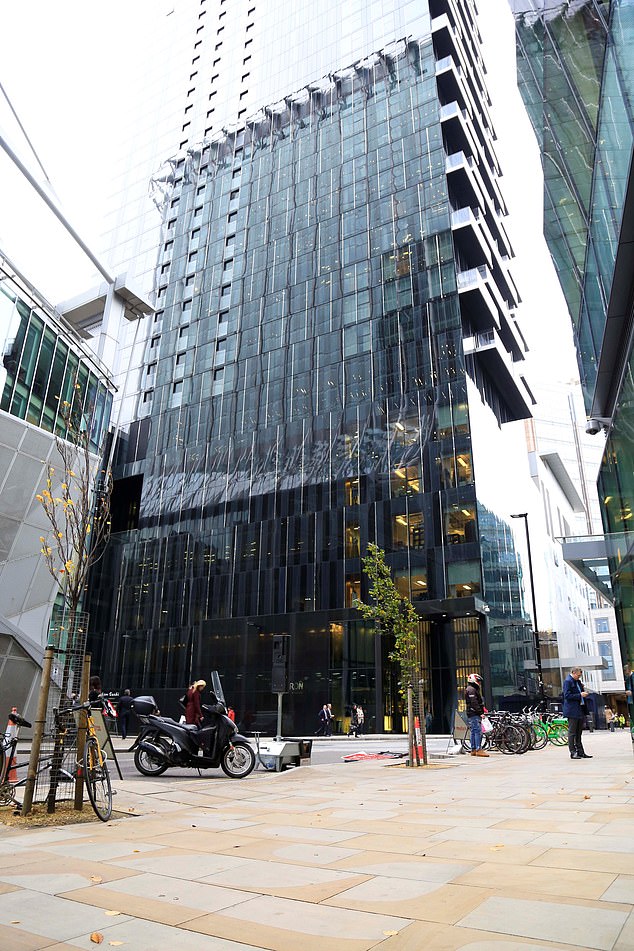 The building – where a penthouse flat once went on sale for £18m – offered a range of high-end facilities, including a private members’ club, roof terrace, restaurant, and valet parking

‘When he moved in, the apartment had no internet facility of any sort, including fibre broadband or Hyperoptic.

‘He was thus deprived of the use of internet within the apartment,’ said his barrister, Daniel Goodkin.

He added: ‘Given the price of the apartment, the fact that it was a new luxury development, and its situation in central London, it was so obvious as not to require express statement that the apartment would have a good quality internet service available in all rooms from the time he purchased it.’

Mr Shalson says he had to resort to using his own 4G connection while starved of home internet, and his connection was so slow during the day he could not send or receive emails.

‘As a result, until 14 October 2016, he had to travel to his brother’s house in Hampstead to use the internet, or to an internet shop in Kings Cross,’ said the barrister.

He also made regular use of the library to get online.

‘He paid £2.95m for this apartment in a brand new high luxury residential development and did not have any internet….This was not trivia,’ he continued.

Mr Shalson needed to access the web for ‘all sorts of things’, he added, including for key aspects of his personal and business life. Although now semi-retired, he relies on the internet for ‘social, administrative and entertainment purposes’ and states that his home was his ‘primary internet resource’.

Mr Shalson, who says he also had problems using his mobile phone in the luxury block, says Heron confirmed before purchase that his flat would be ‘wired for Sky TV and internet’. 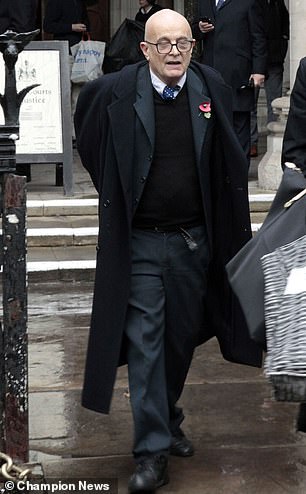 Mr Shalson, pictured outside Central London County Court, made his fortune in the travel industry

But Heron Residences denies liability to compensate Mr Shalson, refuting his claim that ‘cabling for data services’ was part of a clause in the sale contract.

It also denies that Mr Shalson was told through conveyancing solicitors that the apartment would be wired up or suggested to him that there would be quality broadband in all rooms.

Having an internet connection from the time of purchase was ‘not an outstanding obligation or provision in the contract of sale,’ barrister Robert Bowker says in the written defence.

And the fact that he had no internet service until the Hyperoptic cabling was installed in October 2016 was not a breach of clauses in the lease, he added.

The case reached court in a pre-trial clash between his lawyers and The Heron’s legal team, who were trying to block his claim going ahead, arguing that it is an ‘abuse of the legal process’.

Mr Shalson, who bought his apartment on a long lease from Heron, is suing for alleged breaches of the contract of sale and lease, as well as under the Defective Premises Act.

Mr Bowker claimed Mr Shalson’s case was an abuse of process because several of the issues were previously dealt with in earlier litigation relating to payment of service charges.

But Judge Richard Roberts said the internet claim now being fought was ‘an entirely separate set of proceedings’, adding: ‘there has been no abuse of process here’.

The judge’s ruling means Mr Shalson’s case against his landlords can now go ahead with a full trial fixed for next year. 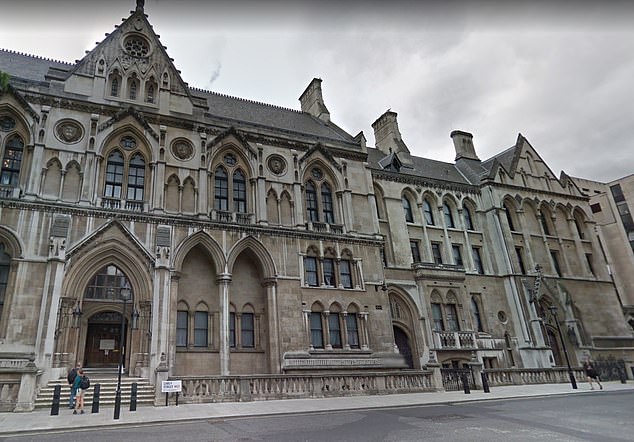 Mr Shalson is suing the freehold owners of the building, Heron Residences LLP, for £100,000, at Central London County Court (pictured), accusing them of breach of contract by failing to provide proper internet facilities

Mr Shalson’s £97,300 claim is centred on compensation at £100 per day for no internet facilities, with part of it based on ‘the time and cost incurred accessing alternative Internet facilities’.

But, asked by the judge how he arrived at this figure, Mr Shalson’s barrister said: ‘it’s not a mathematical exercise, I accept that’.

‘It relies on factors which I have already identified: It’s a luxurious and expensive new build development,’ added Mr Goodkin.

Due to the complexities of his claim, the judge directed there should also be expert evidence at trial about the alleged ‘diminution in property value’ during the time before the cabling was installed.

Outside court, Mr Shalson said that he now has satisfactory internet access in the apartment, where he still lives, and is currently a more contented resident.