WBC heavyweight champion Tyson Fury is calling on the British government to tackle knife crime in the United Kingdom after he said his cousin was stabbed to death on Sunday morning.

Fury’s cousin, Rico Burton, was stabbed in the neck at a bar early on Sunday in Manchester, per The Washington Post. He was 31.

Manchester police are investigating the attack, which also sent a 17-year-old male to the hospital with serious injuries.Two men have been arrested.

“This is becoming ridiculous. Idiots carry knives,” Fury wrote, in part. “This needs to stop ASAP. [The] UK government needs to bring higher sentencing for knife crime. It’s a pandemic and you don’t know how bad it is until it’s one of your own! Life is very precious and it can be taken away very quick, enjoy every moment.”

Carrying a knife in public in Britain is illegal without a “good reason,” like for a job or religious reasons. Adults caught carrying a knife or other weapon illegally can face up to four years in prison.

Fury last stepped into a ring in April, when he beat Dillian Whyte with a sixth-round TKO. He holds an unbeaten 32-0-1 record. The 34-year-old announced on Friday that he plans to retire from the sport completely, but then said Saturday that he wants to take on Oleksandr Usyk in an effort to unify four heavyweight titles. 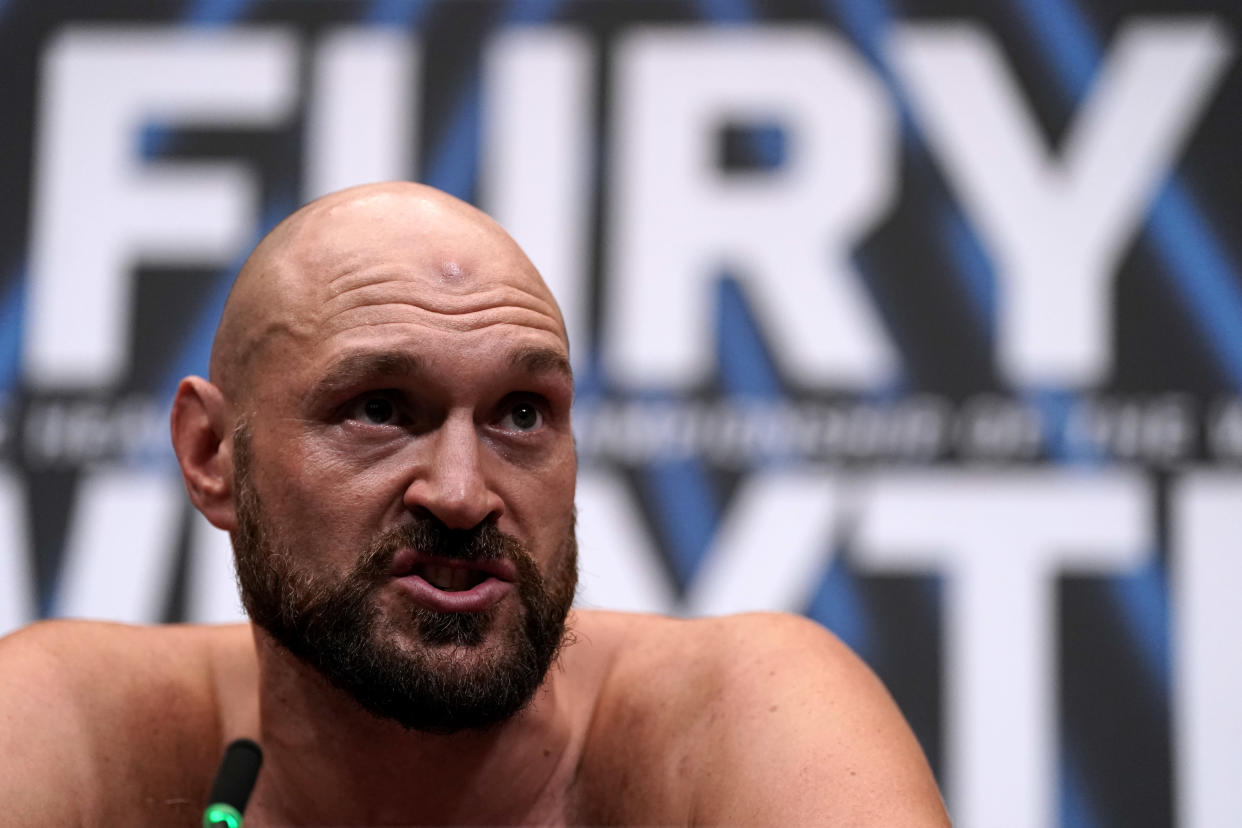