With the United States and China locked in an economic dispute that has unnerved global financial markets and weighed on the world economy, Trump and Xi sat down with their aides for a working dinner at the conclusion of a two-day gathering of world leaders in Buenos Aires.

After the 2-1/2 hour meeting, White House chief economist Larry Kudlow told reporters the talks went “very well,” but offered no specifics as he boarded Air Force One headed home to Washington with Trump.

Suggesting that at least a partial truce may have been reached to reduce trade tensions, Chinese state television said “no additional tariffs will be imposed after January 1, and negotiations between the two sides will continue,” without giving details.

Beijing’s goal was to persuade Trump to abandon plans to hike tariffs on $200 billion of Chinese goods to 25 percent in January, from 10 percent at present. Trump has threatened to go ahead with that and possibly add tariffs on $267 billion of imports if there is no progress in the talks.

The closely watched encounter came shortly after the Group of 20 industrialized nations on Saturday backed an overhaul of the global body that regulates international trade disputes, marking a victory for Trump, a sharp critic of the organization.

Trump told Xi at the start of their meeting he hoped they would achieve “something great” on trade for both countries.

He struck a positive note as he sat across from Xi, despite the U.S. president’s earlier threats to impose new tariffs on Chinese imports as early as the start of next year.

He suggested that the “incredible relationship” he and Xi had established would be “the very primary reason” they could make progress on trade, though he offered no sense of how they might resolve the main issue dividing their countries.

Xi told Trump that only through cooperation could the United States and China serve the interest of peace and prosperity. Washington and Beijing have also increasingly been at odds over security in the Asia-Pacific region.

At the same time, Trump again raised with Xi his concern about the synthetic opioid fentanyl being sent from China to the United States, urging the Chinese leader to place it in a “restricted category” of drugs that would criminalize it.

The talks between Trump and Xi were widely seen as the most important meeting of U.S. and Chinese leaders in years. 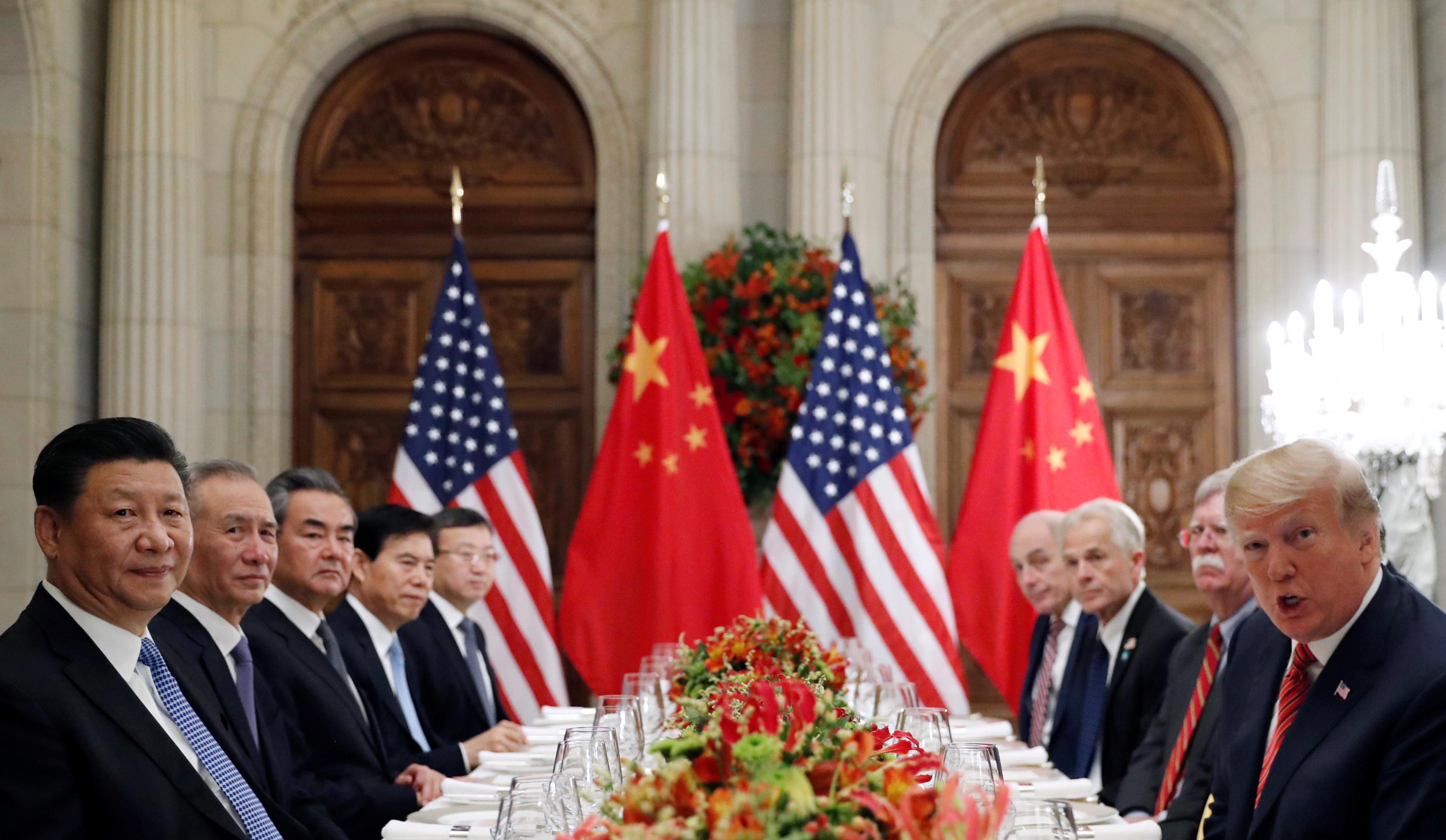 Afterwards, the editor of a major Chinese state-run newspaper also had a positive assessment of the outcome.

“Based on information I received, talks between Xi and Trump went well and consensus was reached,” Hu Xijin, the editor of the Global Times, published by the ruling Communist Party’s official People’s Daily, wrote on Twitter, without giving details.

Earlier on Saturday, the leaders of all the world’s top economies called for reforms to the crisis-stricken World Trade Organization in a final statement from their summit.

Officials expressed relief that agreement on the summit communique was reached after negotiators worked through the night to overcome differences over language on climate change.

The final text recognized trade as an important engine of global growth but made only a passing reference to “the current trade issues” after the U.S. delegation won a battle to keep any mention of protectionism out of the statement.

In addition to tariffs on Chinese goods, Trump has imposed tariffs on steel and aluminums imports into the United States this year. Numerous countries have filed litigation at the WTO to contest the levies. 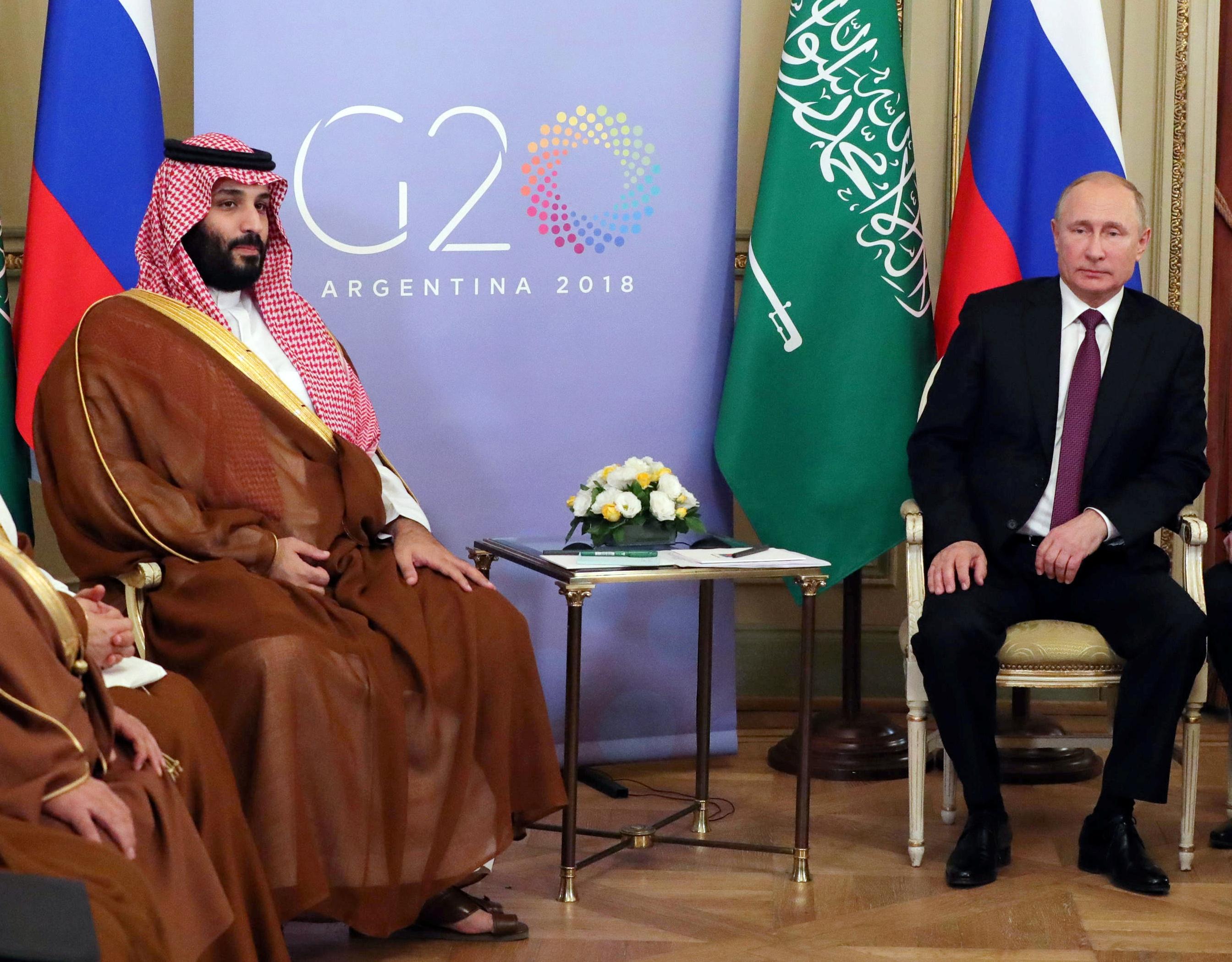 The United States is unhappy with what it says is the WTO’s failure to hold Beijing to account for not opening up its economy as envisioned when China joined the body in 2001. The European Union is also pushing for sweeping changes to how the WTO operates.

“Notwithstanding our differences, we have been able to agree a path forward at the G20,” French President Emanuel Macron told a news conference. “The United States has endorsed a clear multilateralist text.”

G20 delegates said negotiations on the final summit statement proceeded more smoothly than at a meeting of Asian leaders two weeks ago, where disagreements on protectionism and unfair trading practices prevented a consensus.

European officials said a reference to refugees and migration – a sensitive issue for Trump’s administration – was excised to ensure consensus.