WASHINGTON/JERUSALEM (Reuters) – U.S. congresswoman Rashida Tlaib on Friday rejected an offer by Israel to let her travel to the West Bank, the latest twist in a dispute drawing Donald Trump and Benjamin Netanyahu together against U.S. Democrats ahead of elections in both countries.

Tlaib, a Democrat in the U.S. House of Representatives who has been critical of Israeli policy towards the Palestinians, said she would not visit her family there because the Israeli government had imposed “oppressive conditions” to humiliate her.

She had planned to make an official visit to Israel along with fellow Democratic congresswoman Ilhan Omar of Minnesota.

Israeli Prime Minister Netanyahu, under public pressure from Republican President Trump, on Thursday said he would not allow the pair to make their trip. On Friday, Israel said it would allow Tlaib to visit family in the Israel-occupied West Bank on humanitarian grounds.

The Michigan congresswoman rejected the offer, however.

“I can’t allow the State of Israel to take away that light by humiliating me & use my love for my sity to bow down to their oppressive & racist policies,” Tlaib tweeted, using the word sity to refer to her grandmother.

“Silencing me & treating me like a criminal is not what she wants for me. It would kill a piece of me. I have decided that visiting my grandmother under these oppressive conditions stands against everything I believe in—fighting against racism, oppression & injustice,” she said.

Israel’s Interior Ministry said it had received a letter from Tlaib on Thursday seeking permission to visit her family in the West Bank village of Beit Ur Al-Fauqa, and it granted her request.

Tlaib did not outline what the conditions imposed on her visit were. Israeli media reported that she had agreed not to promote boycotts against Israel as part of her request to Israel’s Foreign Ministry.

Trump criticized Tlaib for opting not to travel to Israel after she was permitted to visit only her grandmother.

“As soon as she was granted permission, she grandstanded & loudly proclaimed she would not visit Israel,” Trump wrote on Twitter on Friday evening. “Could this possibly have been a setup? Israel acted appropriately!”

Tlaib and Omar have voiced support for the pro-Palestinian Boycott, Divestment, Sanctions (BDS) movement which opposes the Israeli occupation and policies toward Palestinians in the West Bank and Gaza. BDS backers can be denied entry to Israel by law.

“It turns out that it was a provocation to embarrass Israel. Her hatred for Israel overcomes her love for her grandmother,” he wrote on Twitter. 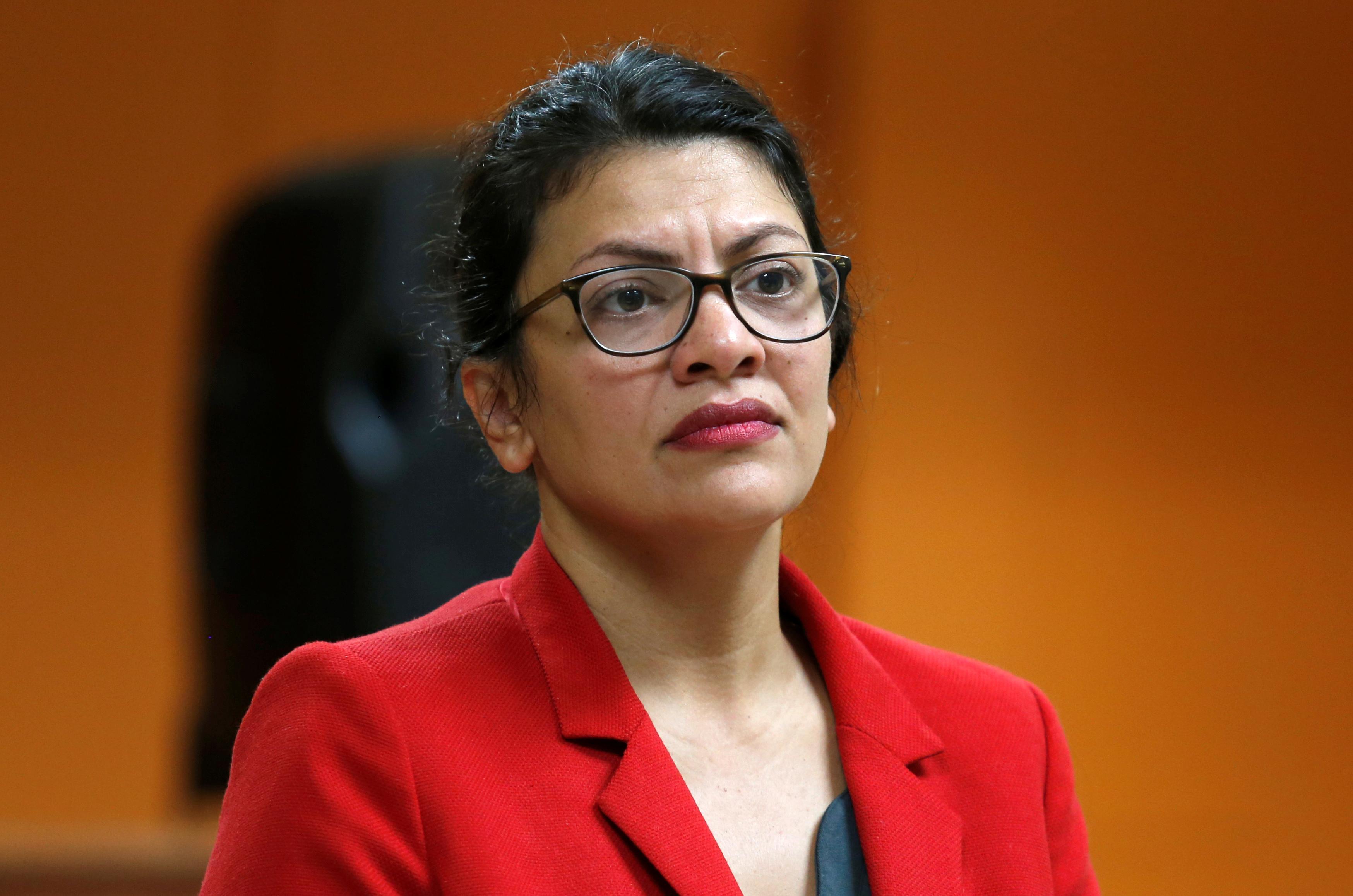 The initial ban sparked an outcry among Democrats in the U.S. Congress, who have largely been strong supporters of Israel, raising concerns about straining the two nations’ relationship as Netanyahu aligns himself ever more closely with Trump.

House Speaker Nancy Pelosi and Senate Democratic Leader Chuck Schumer have strongly backed U.S. aid to Israel, which totals $3.8 billion annually, but both called on Israel to reverse the ban on their fellow Democrats on Thursday.

U.S. Representative Steny Hoyer, the second-most powerful Democrat in the House, said Israel’s demands for Tlaib to visit her grandmother were unacceptable.

“Not only was this request disrespectful of Rep. Tlaib but of the United States Congress as well,” Hoyer said in a statement on Friday. “This matter is a self-inflicted wound by one of America’s closest allies, one of our closest friends, and a vibrant democracy.”

The American Israel Public Affairs Committee, a powerful Jewish lobbying group, said while it did not support the two congresswomen’s views, they should be allowed to visit.

Most Republicans in Congress have largely remained silent about the dispute. The fact that lawmakers are on a month-long recess has allowed them to avoid pointed questions.

Republican U.S. Senator Marco Rubio was critical of Israel’s move but also of the two congresswomen.

“… Denying them entry into #Israel is a mistake,” Rubio wrote on Twitter. “Being blocked is what they really hoped for all along in order to bolster their attacks against the Jewish state.”

Tlaib and Omar are the first two Muslim women to be elected to Congress, and the Detroit-born Tlaib is also the first Palestinian-American congresswoman. Both are members of their party’s progressive wing and sharp critics of Trump and Israeli policy.

Their official visit was to have included visits to the occupied West Bank and East Jerusalem, territories Israel captured in the 1967 Middle East war and which Palestinians envisage as part of an independent state along with Gaza.

The moves by Trump and Netanyahu could help them whip up support in their conservative voter bases as each heads into election campaigns. Israel holds a national election on Sept. 17 and Trump faces re-election in November 2020.

Trump has been attacking Tlaib and Omar, along with lawmakers Alexandria Ocasio-Cortez of New York and Ayanna Pressley of Massachusetts – all women of color known as the Squad – for weeks, accusing them of hostility to Israel in a barrage condemned by critics as racist. 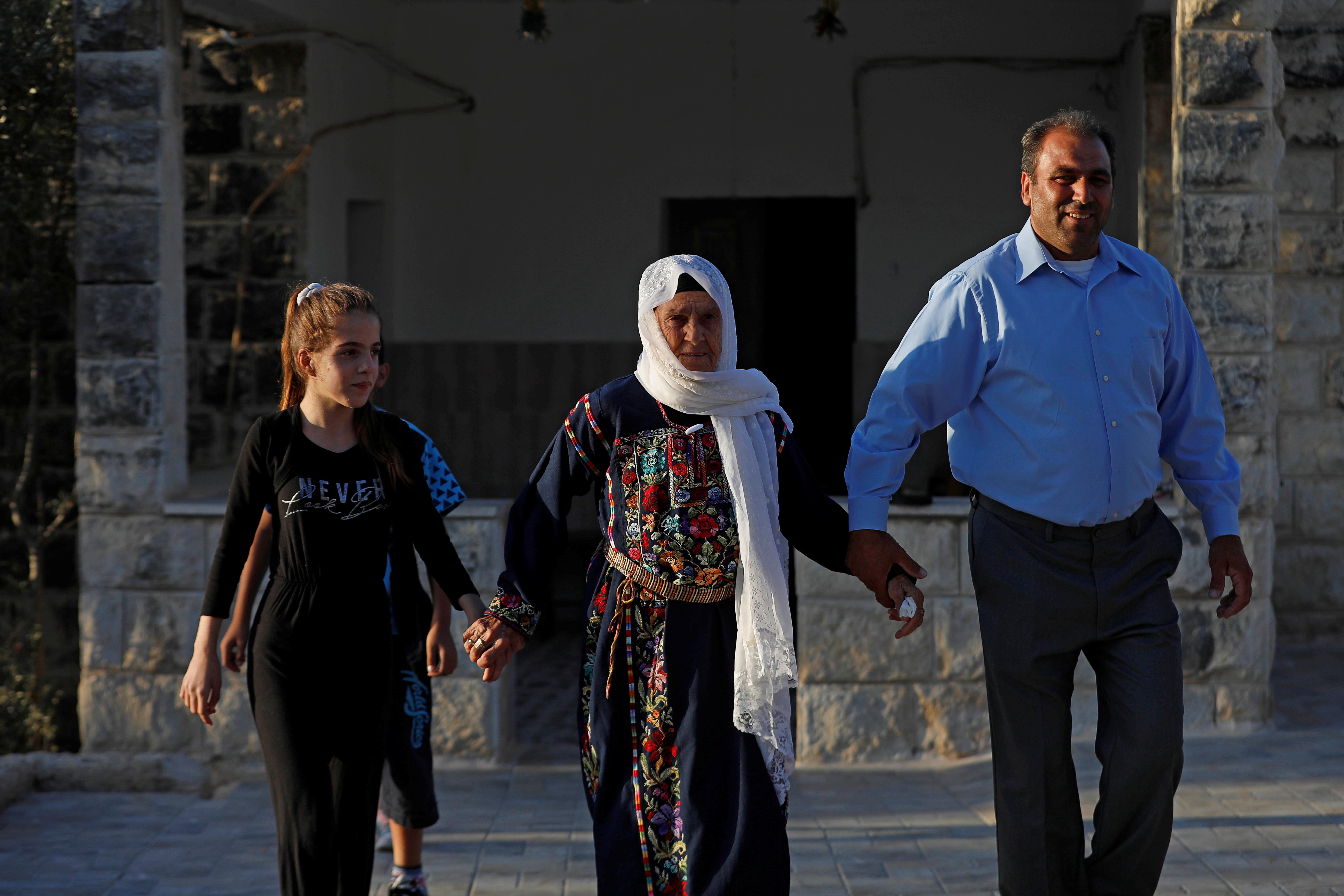 While most Democrats disagree with the views of Tlaib and Omar on Israel, Trump’s repeated attacks have rallied support. The president in turn has tried to paint that support as an endorsement of the two lawmakers’ position and sought to make them the face of the party.

Tlaib “knows what she’s doing and she believes so strongly in justice in Palestine that she’s giving up her chance to see her grandmother,” says Frank Smith, 65, a retired auto worker in Detroit. “She must be doing something right because she’s driving Trump nuts.”