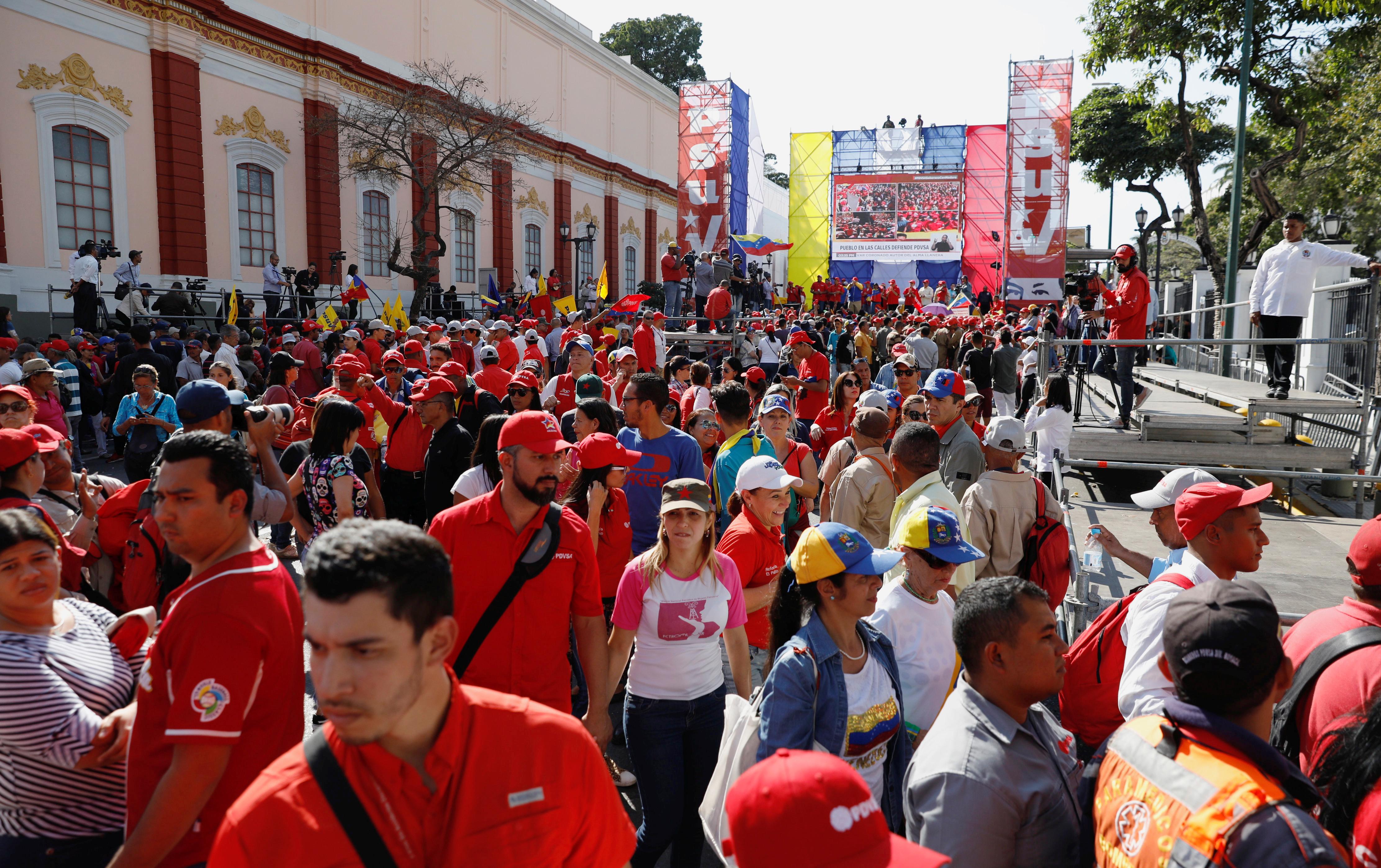 WASHINGTON (Reuters) – The U.S. government on Thursday warned Venezuelan President Nicolas Maduro there would be consequences for what it called “egregious” acts of intimidation against opposition leader Juan Guaido, a senior U.S. official told reporters.

The U.S. government wants Venezuela oil company PDVSA’s U.S. subsidiary, Citgo, to remain viable in spite of tough new sanctions it imposed earlier this week. But Washington warned Maduro, Russia and other international players against deals for Venezuelan commodities like gold and oil.

“We have seen some last-minute looting,” the senior administration official said on a conference call with reporters.