Sickening moment Uber Eats driver, 26, is thrown off a bridge by motorist in Mexico in shocking road rage attack: He survived the fall with a broken leg

An Uber Eats delivery driver, who was riding his motorbike, is luckily to be alive after he was shoved off a bridge during a a road rage fight in central Mexico.

Footage shows a man and woman, who had left their car to argue with the delivery app worker, named only as Guillermo, 26, who was still wearing his motorbike helmet.

The video of the incident, which took place on a bridge in Cuautitlán Izcalli, Mexico, last Wednesday, showed the woman pushing Guillermo.

He responds by punching the male motorist, and the two begin tussling and fighting before the delivery driver was suddenly pushed over the guard rail. 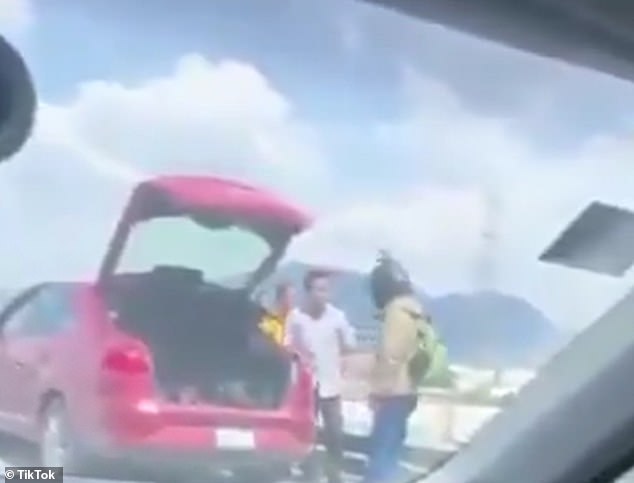 A man identified as Guillermo (right), who works doing deliveries under the Uber Eats, was involved in a fight with a driver (center in the white shirt) and the motorist’s female companion (rear center) on a span of a bridge in Cuautitlán Izcalli, State of Mexico, last Wednesday. The incident ended with Guillermo punching the driver, who reacted by pushing him over a metal guard rail. Guillermo was rushed to a hospital and diagnosed with a broken leg 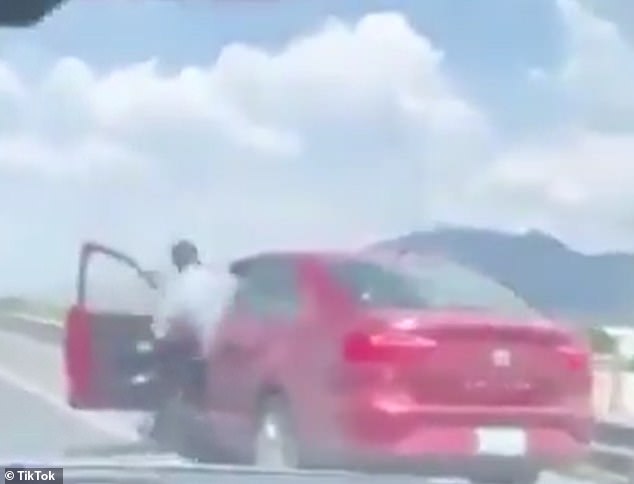 The driver returned to his vehicle and drove away after he pushed an Uber Eats worker, identified as Guillermo, over a bridge guard rail in State of Mexico, Mexico, last Wednesday

The pusher stands and stares over the barrier, looking down at where Guillermo fell for a moment, before quickly slamming his trunk closed and driving away.

The Attorney General’s Office for the State of Mexico became aware of the incident after watching the video on social media and took over the investigation.

It did not say what provoked the violent confrontation. 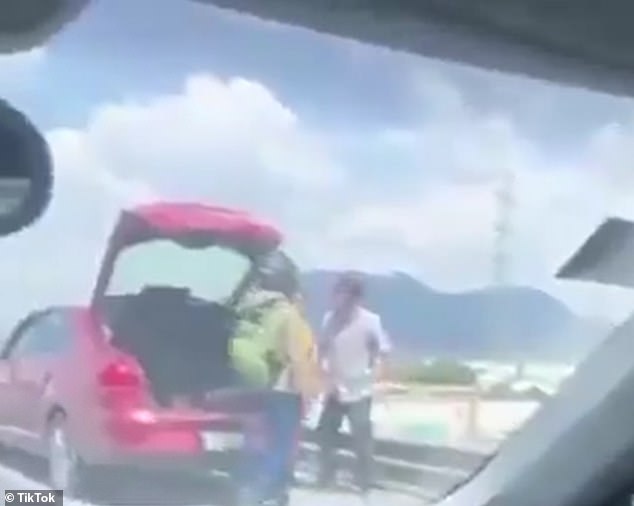 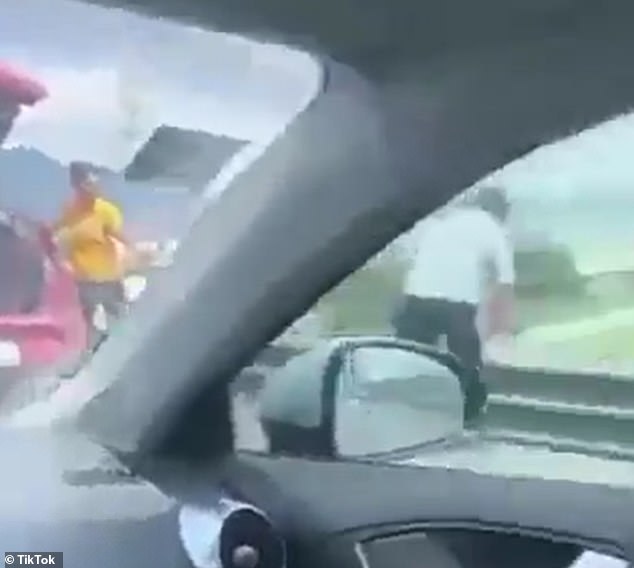 The driver (right) paused and looked over the bridge guard rail after pushing an Uber Eats delivery man, identified as Guillermo, during a road rage incident in the central Mexican municipality of Cuautitlán Izcalli

Guillermo was rushed via ambulance to a hospital in the municipality of Naucalpan, where doctors treated him for the fractured left leg.

Agents with the prosecutor’s office visited Guillermo at his home in the city of Coacalco and are expected to meet with him soon to take a statement, provided that he is in a better medical state.

The driver who pushed him had still not been located by the authorities as of Friday.