‘It’d be cheaper to get a black cab!’ Shortage of Uber drivers sees prices DOUBLE to £46 for a four mile journey – after workers quit for delivery jobs during lockdown

Uber users say they have been hit with surging prices for their usual rides, after the number of private hire drivers was decimated during the peak of the pandemic.

Some riders have complained of fare prices more than doubling in some cases and a lack of available drivers in the area, as customers feel the pinch after lockdown.

Industry experts have warned that this may be the tip of the iceberg, and that there has ‘never been a worse time’ to be a private hire driver after price model changes.

Denise Beighton took to Twitter to explain how a £10-15 four-mile trip unexpectedly ended up costing her £47.

She wrote: ‘So Uber charged me £47 for a 4mile trip. How does anyone justify that?

‘Also the app told me it would cost between £10-15. I complained to customer services and they’ve offered me a £10 credit note.’

For another regular customer, her daily trip from Marylebone to Kensington High Street has more than doubled in price, from £7 to more than £18 in recent weeks. 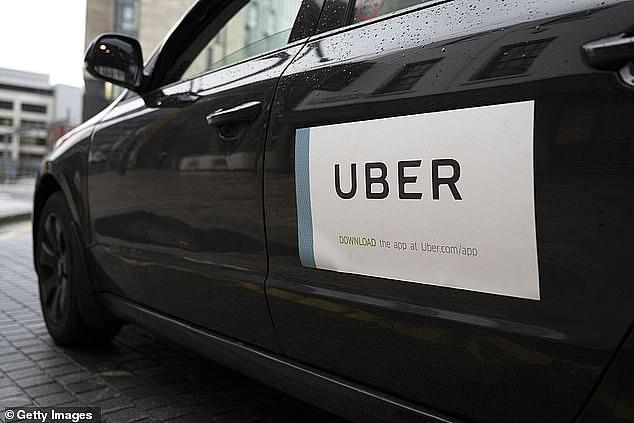 Are you an Uber driver who recently quit the industry?

On the Uber app, it informs her that prices have risen because of ‘increased demand’.

She said: ‘I tried to book three times, saw how much it was going to cost me, and then gave up and hailed a black cab. It was six quid cheaper and I didn’t have to wait eight minutes for it.’

Last month, Londoners hit out at Uber for ‘costing more than a black cab’ – but the company insists it has not raised prices in two years.

Britons accused the San Francisco-based firm of hiking fares to the point where they are now more expensive than taxis, which Uber denied.

Yaseen Aslam, ex-Uber driver and now president of the App Drivers and Couriers Union, said he wouldn’t be able to survive financially if he had to return to work as an driver.

He said: ‘I would not survive today if I had to go back to driving.

‘Why do drivers leave the trade? Because of the long hours, the little pay.

‘This is what our gig economy is all about. The market is over supplied and fares are becoming cheaper and cheaper.

‘You have drivers on one side, who feel neglected in their pay, dignity, respect and safety. On the other, you have customers who want cheaper riders and there’s more demand.’ 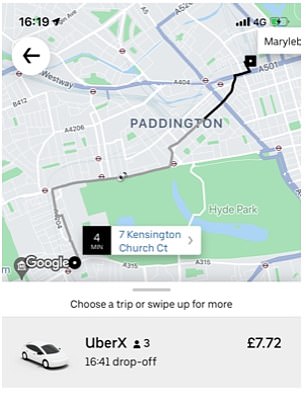 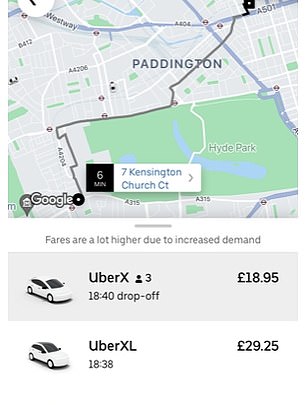 A regular customer’s daily trip from Marylebone to Kensington High Street has more than doubled in price, from £7 to more than £18 in recent weeks

The national shortage in trained drivers, from private hire vehicle to HGVs, has been well documented, and the lasting implications could well be damning.

Although taxi and private hire firms are seeing increased levels of demand, there has been a widely reported 40 per cent drop in the number of drivers across the UK.

Many gave up on the industry when lockdown restrictions cut all journeys that were ‘non-essential’ and instead turned to delivery driving.

Last month, the Telegraph reported passengers in the UK finding their Uber journeys in London ‘now cost more than the black cabs they famously undercut.’

While the pandemic crippled the financial returns of hundreds of thousands of businesses, Uber was no different. Its revenue from its taxi business almost halved, reports the Telegraph, from approximately $10.7billion (£7.7bn) to $6.1bn (£4.4bn).

With draconian restrictions easing, passengers have been returning to big cities and looking for familiarly cheap fares from Uber. 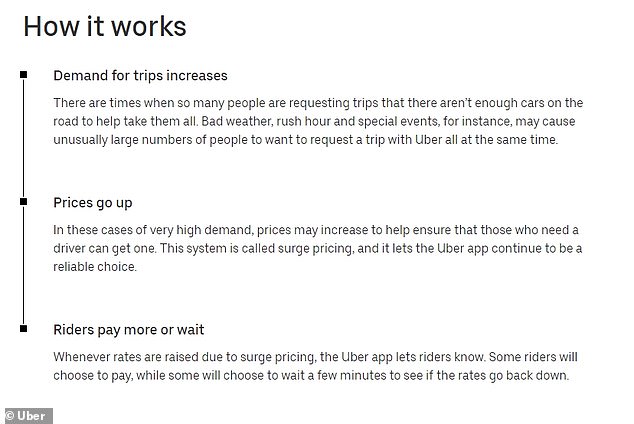 At times when demand is high, for instance during rush hour and large events, Uber adds a ‘surge charge’. The company claims that increasing its prices in this way ‘helps ensure that those who need a driver can get one… and it lets the Uber app continue to be a reliable choice’

James Farrar, a representative at App Drivers and Couriers Union, says there are multiple reasons why drivers left the industry and won’t be returning any time soon.

He said: ‘The pandemic had a crippling psychological effect on drivers, meaning many turned away from the profession and simply haven’t returned.

‘Look at private hire drivers’ death rates, they were among the highest. The 80 per cent pay they received when they had no work didn’t help with the fixed costs of paying for their vehicles, meaning many had to sell up or face huge debts.’

He also criticised Uber for changing its pricing model last October from a time and distance-based fare, to a fixed price.

Previously, trips would show a range of prices to both a driver and a passenger, whereas now an upfront price is displayed based on the best available route for drop-off and pick-up points.

‘Why would a driver take a longer journey when they know they need short, snappy and fast turnaround trips that will make them more money?’

James also thinks drivers are now more cynical of Uber, considering their response to the 2020 Supreme Court ruling that said drivers must be considered workers and the associated benefits that come with this.

‘Vehicles are more expensive than ever and earnings are lower than ever. All in all, it’s become less and less attractive to become a driver.

‘How can drivers earn a living or pay back the costs of financing their vehicles when they can’t even earn a minimum wage?’