Activists want the US and Muslim countries to apply pressure on China to end its persecution of Turkic Muslim minority. 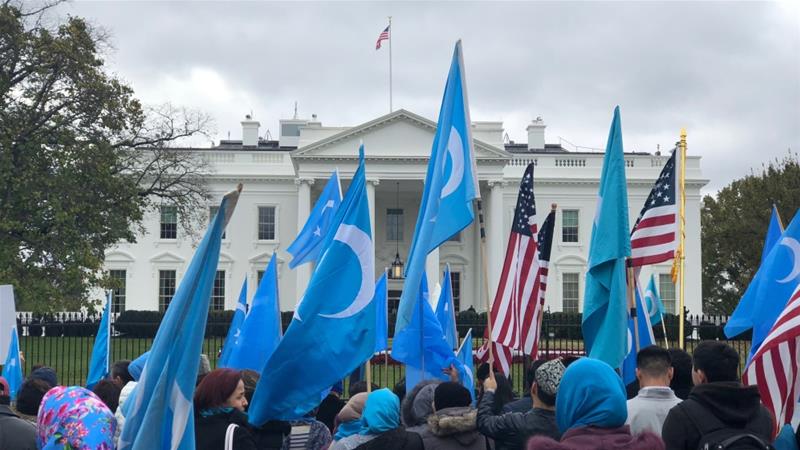 Washington, DC – Uighur activists in the US marked their community’s “independence day” with a protest and march in the US capital on Tuesday.

November 12 is the 74th and 85th anniversary of two short-lived Uighur republics, known as East Turkestan, which were established in territory that is now part of China.

Those present at the event organised by the East Turkistan National Awakening Movement included Rebiya Kadeer, one of the world’s most prominent Uighur exiles and the former president of the World Uyghur Congress.

Carrying both the US and the East Turkestan independence flags, activists outside the White House called on the US to pressure China into stopping its persecution of the Muslim minority.

Though reports of abuse against the Uighurs date back more than a decade, the past year has seen an intensification in the persecution of the Turkic-speaking minority.

The UN has criticised China for holding around one million Muslims in internment camps where they are subject to political and cultural indoctrination. In a report it said around two million people had passed through the camps at some point.

China is also accused of forcing the Uighurs to renounce their Islamic beliefs and drop cultural markers that make them distinct from the country’s ethnic Han majority.

American-Uighur Aydin Anwar told Al Jazeera that China was attempting to “wipe out” the Uighur identity.

“China has put at least three million people in concentration camps,” she said, adding, “In these camps they’re forced to renounce Islam, adopt atheism, and pledge allegiance to the Chinese state.”

Turning to the crowd chanting behind her, Anwar said all of those present had at least one relative being held in the camps.

“My aunt’s husband has more than 70 relatives in camps and prisons, and one of them actually got killed through lethal injection in the camps.

“Even outside these camps life is no better. Practicing Islam is completely forbidden; praying, fasting, wearing a beard, wearing a hijab … even naming your baby with an Islamic name.” 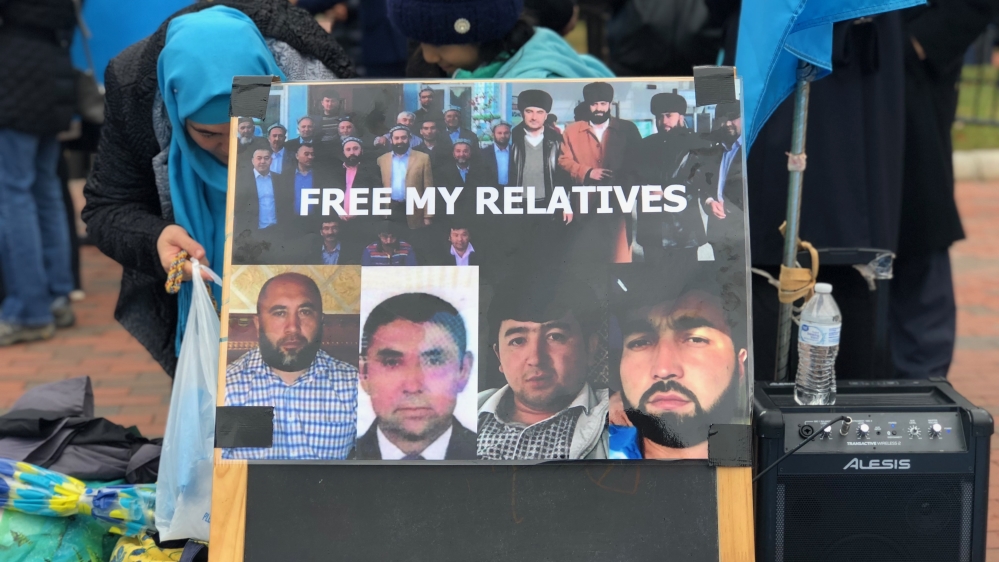 When asked for comment, a spokesperson at the Chinese Embassy in Washington, DC directed Al Jazeera to a state media interview with Shohrat Zakir, the chairman of the Xinjiang government.

In the article, Zakir seeks to place China’s treatment of the Uighurs in line with the wider international “War on Terrorism”.

He further described the camps as “vocational training institutions” aimed at, “learning the country’s common language, legal knowledge, vocational skills, along with de-extremisation education, as the main content, with achieving employment as the key direction. “

Bilal Ibrahim Turkistani claimed asylum in the US in 2011 after securing a visa to enter for a conference organised by Uighur exiles. He told Al Jazeera that the US was one of the few supporters of the Uighur cause and that he hoped legislators would increase support for the Uighur people.

“We’re asking politicians to take action in Congress, to not abandon us,” he said.

The Uighur cause has drawn backing from senior US officials.

Vice President Mike Pence condemned China for its abuses against Muslims and other minorities, as did Nikki Haley, the former US ambassador to the UN.

Republican Senator Marco Rubio has also lobbied the US State Department to take action against China for its abuses the Uighurs and described Beijing’s behaviour as “sick”.

Those present at the gathering said countries were reluctant to speak out due to China’s expansive economic impact.

There was a particular anger targeted at Muslim states for their seemingly timid response to reports of China’s oppression of the Uighurs.

“They’re ironically being tortured for being too Muslim by China while the Muslim world seems to not see them as Muslim enough to fight for,” he told Al Jazeera.

“China depends on its trade and countries, including the US, need to impose the economic pressure necessary to stop it from furthering this oppression.” 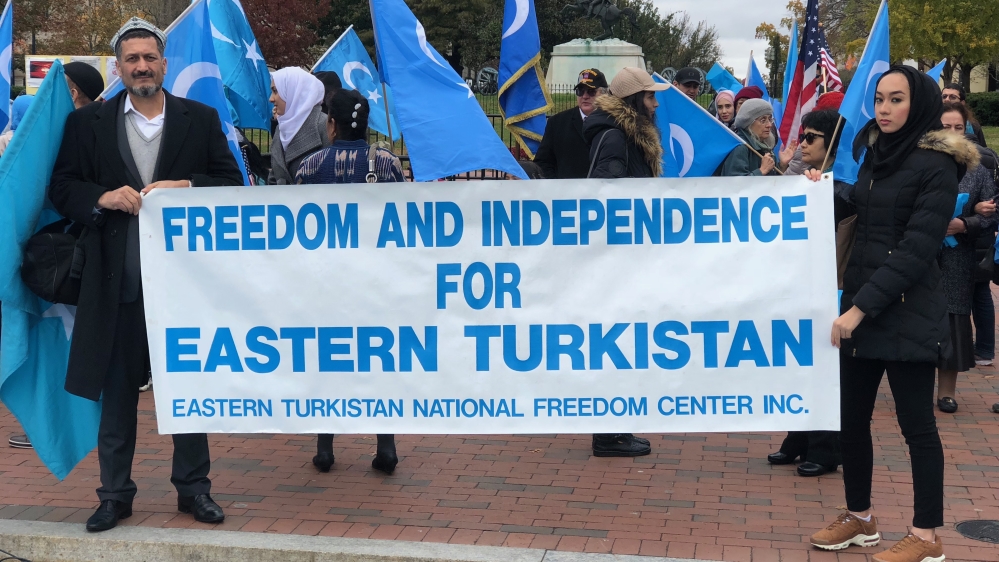