The Met Office is forecasting a cold weekend for many this week, and weather charts suggest some areas could see temperatures as low as 0C. In their outlook for later this week, the Met Office states it will be “rather cold” in many parts of the UK.

“Otherwise rather cold with a mixture of sunshine and showers, these heaviest and most frequent in the west and northwest.”

WXCHARTS maps, which use data from MetDesk, indicate many parts of the UK will see maximum temperatures up to 14C on Wednesday this week.

But by Saturday UK temperatures could plummet, as in some parts of Scotland and northern England the minimum temperature could get as low as 0C. 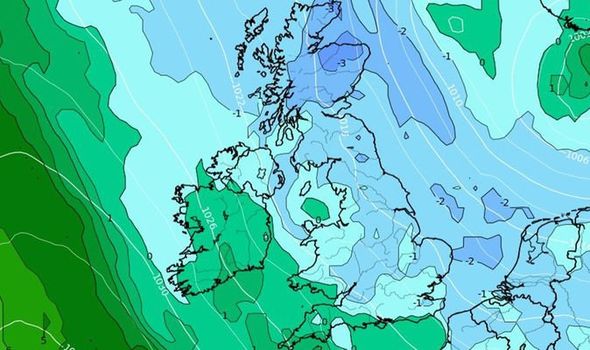 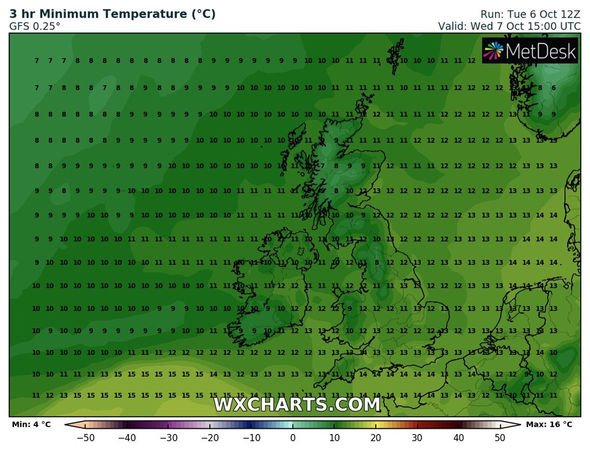 For the same day maps show in England minimum temperatures could hover between 5 to 6C, while in Wales the temperature could drop to 2C in some areas.

Maximum temperature maps do not suggest a warmer picture either, with highs of around 10 to 12C forecast for England and Wales on Saturday.

In Scotland maximum temperatures between 7 to 11C are forecast, while some areas could see up to 11C in Northern Ireland.

On Sunday WXCHARTS maps show a similar weather picture to Saturday, with maximum temperatures of around 12C in England and Wales. 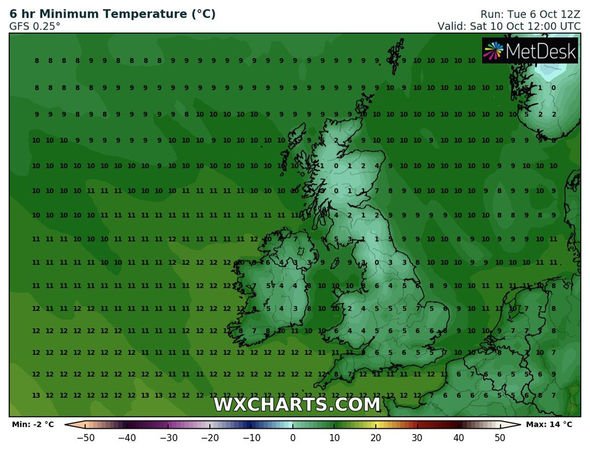 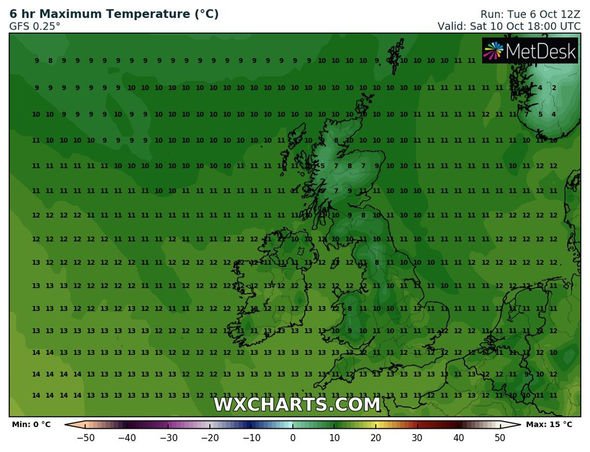 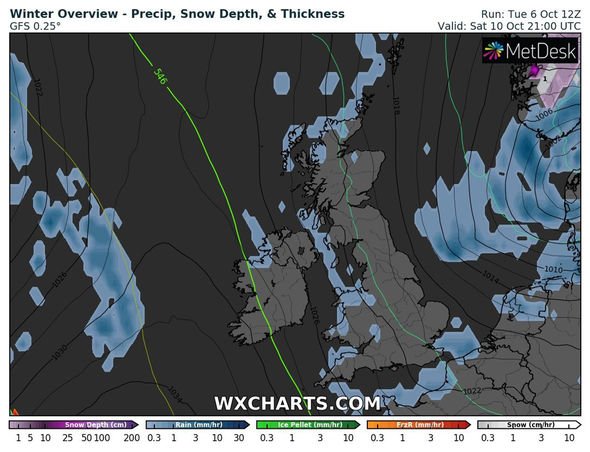 Scotland could see highs of 11C, and maximum temperatures of 10C are forecast for Northern Ireland on Sunday.

Winter overview maps also show some rain across the British Isles on Saturday and Sunday, indicating some showers will be possible over the weekend.

According to long-range forecasts, this colder weather could become more normal for the rest of October.

Later this month the Met Office are forecasting “below average” temperatures, although the UK is expected to see “more settled” weather conditions develop from the west through October.

From Sunday, October 11 to Tuesday, October 20, the Met Office long-range forecast reads: “More settled conditions are expected to develop from the west through October, with western/northwestern areas becoming dry with sunny spells and light winds at first.

“Showers are likely to continue in the east/southeast at the start of this period, whilst central and eastern areas remain rather windy.

“The more settled conditions will spread across the UK with many places seeing a good deal of fine and dry weather by the end of the period. 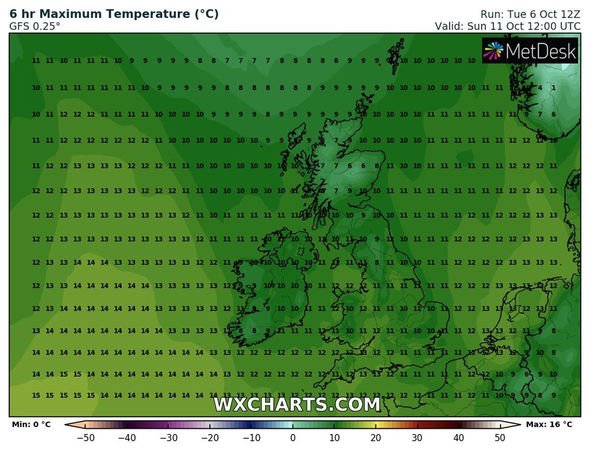 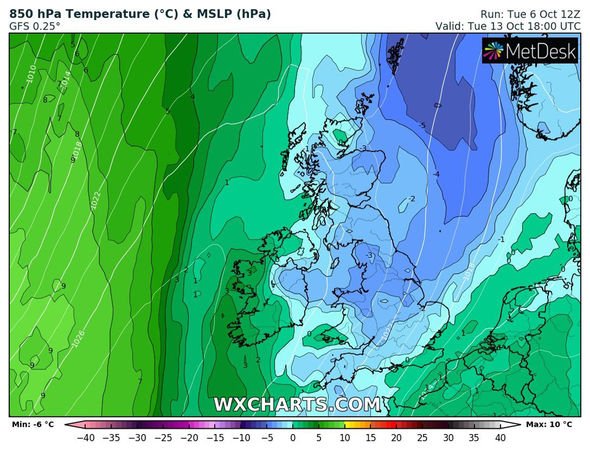 “However, some eastern/southeastern areas may experience further showery spells.

“The far northwest may also remain cloudier with perhaps some rain at times.”

Chilly weather is expected generally, with the Met Office forecasting temperatures will “remain below average” and it will be “feeling rather cold”.

The Met Office add: “The more settled weather also brings an increased risk of overnight fog and frost, with fog potentially lingering well into the day.”