THE number of UK coronavirus cases have dropped by 23 per cent in a week after 17,555 new infections were recorded today.

The figure is down by almost a quarter on last Thursday's rise (22,915) and follows a recent trend of infections slowing. 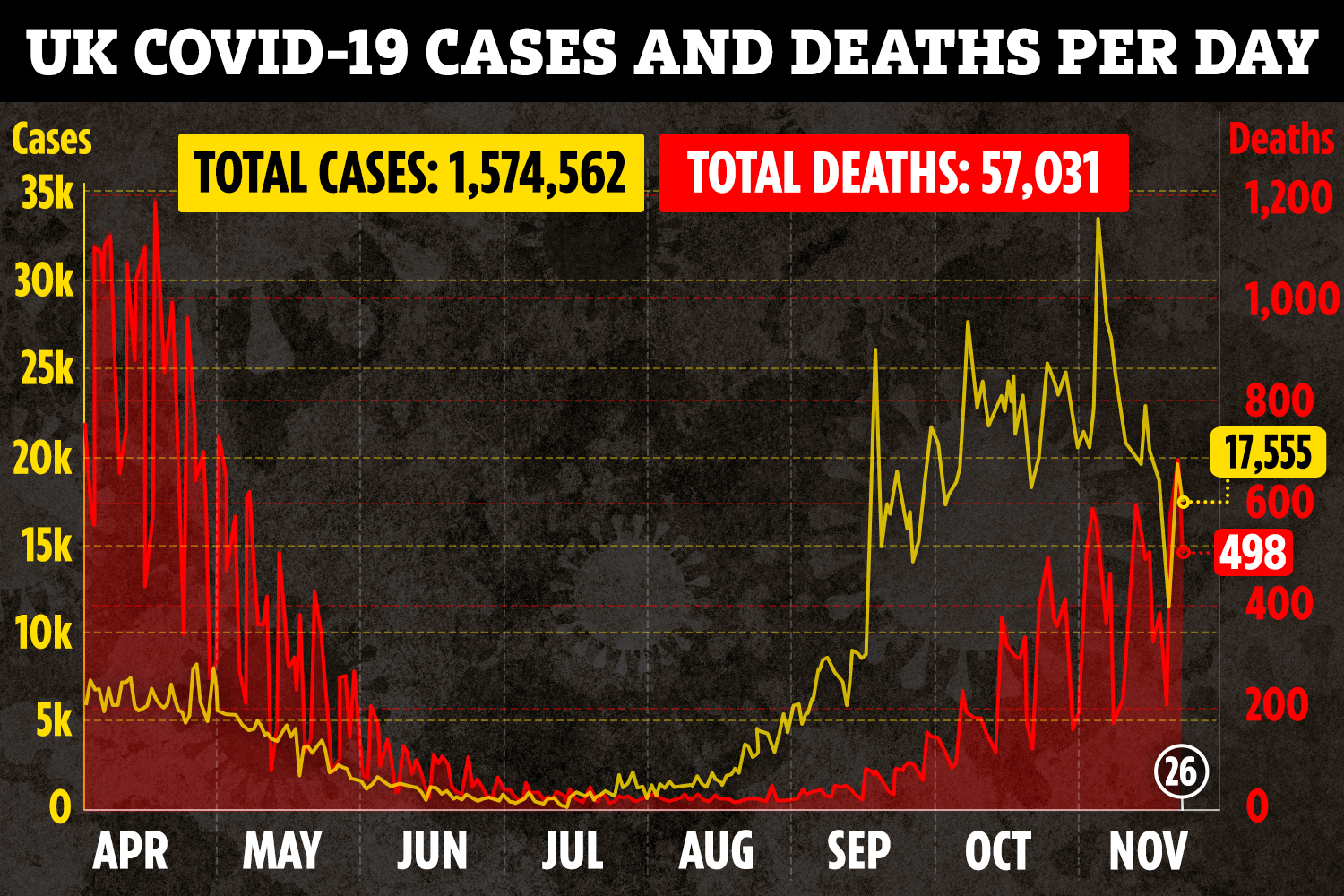 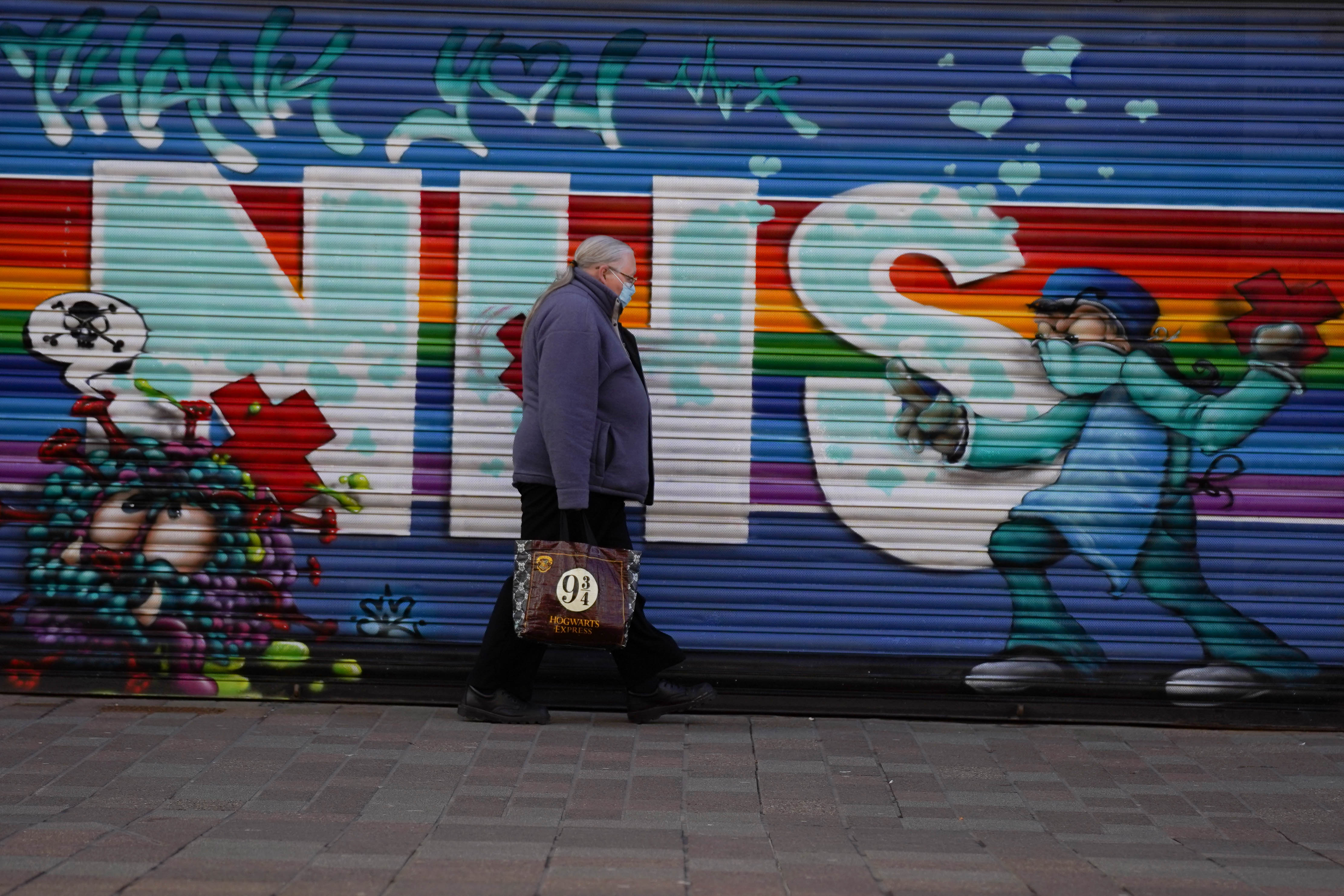 Another 498 more fatalities were confirmed, raising the total number of Covid deaths in Britain to 57,031.

The number of deaths announced today is almost identical to – but slightly lower than – the rise seen this time last week (501).

It means 57,031 have now died from Covid-19 in the UK, according to figures published by the Department of Health.

In England, 351 new coronavirus deaths were confirmed, bringing the total number of fatalities in English hospitals to 39,570.

The patients, who died between October 29 and November 25, were aged between 30 and 102 – and all except 11 had underlying health conditions.

In Wales, 28 more deaths were announced today, raising the grim tally there to 2,474.

Another eight deaths were logged in Northern Ireland, meaning 962 people have died from the bug there.

It comes after Matt Hancock confirmed which parts of England will move into which tiers from December 2.

Ninety Nine per cent of England will be plunged into the harshest Tiers 2 and 3 next week, while just a few spots will be afforded the luxury of Tier 1, it was confirmed today.

Just 700,000 people – or 1.27 per cent of the population – will escape strict rules on socialising and going to the pub when the lockdown ends next Wednesday.

The Isle of Wight, Cornwall and the Isles of Scilly will go into the lowest category Tier 1 – and will face few restrictions in comparison.

Some 32 million people in England – just over 56 per cent of the population – will be in Tier 2 – including Liverpool and London.

And nearly 42 per cent (23 million people) will be in the top Tier 3 – featuring large swathes of the North East, North West, parts of the Midlands, and Kent.

It came as the Government's postcode checker crashed this morning as thousands of people tried to see what their new tiers would be.

Matt Hancock unveiled the new tiers this morning in the House of Commons – confirming the 'stay at home' order will end, and shops, gyms and personal care will reopen.

Mr Hancock said this morning: "We cannot simply flick a switch and try to return to life straight back to normal.

"If we did this we would undo the hard work of so many and see the NHS overwhelmed."

The Rule of Six and 10pm curfew will return, too.

The new toughened-up lockdown tiers are due to come into effect next Wednesday, when England's month-long national lockdown ends.

Tier 2 allows pubs and restaurants to remain open, but they must serve a substantial meal and different households can only mix outside.

The newly tougher Tier 3 means pubs, restaurants and cafes have to shut – along with indoor entertainment.

People can't mix between households, either.

People in Tier 1 face far fewer restrictions, with the rule of six both indoors and outdoors meaning they can share a pint with inside with friends and family.