CORONAVIRUS fatalities in the UK hit 45,759 today after seven more died with the killer bug – one of the lowest daily rises since the virus took hold in the UK.

The number of people who were recorded to have died with the deadly virus in the past 24 hours is even lower than it was yesterday, when 14 more deaths were reported.

But the grim number has been steadily dropping in recent weeks – despite the easing of lockdown measures.

In England, ten more people aged between 48 and 93 died with the virus. All had underlying health conditions.

For the 11th day in a row, there were no new deaths recorded in Scotland.

There were also no new deaths in Wales.

Health officials in Ireland have not yet released the new total.

The latest death toll was recorded on the day fears of a 'second wave' in Europe were revealed.

One of Chancellor Angela Merkel's top allies has warned Germany is already fighting a new spike in infections.

At the weekend, France warned progress has been "erased" in fighting coronavirus.

And Spain has also recorded an increase in cases – leading the UK Government to pull up its air bridge.

Elsewhere, a pet cat in the UK is the first animal in this country to test positive for coronavirus.

Officials have urged pet owners not to be alarmed as there's no evidence the virus can be transmitted from animals to humans.

And Boris Johnson has announced a huge new drive to cut obesity.

It comes after scientists linked a higher coronavirus mortality rate with being significantly overweight.

Under the new campaign, beer and wine bottles may have to list calorie content, while junk food ads could be banned before the 9pm watershed.

In a video today Boris Johnson admitted "I was too fat" and that he's lost at least a stone on his new diet, which he embarked on since recovering from coronavirus.

The PM believes his weight was a huge factor in why he was taken so ill with the virus.

He said: "When I went into ICU, when I was really ill, I was way overweight. 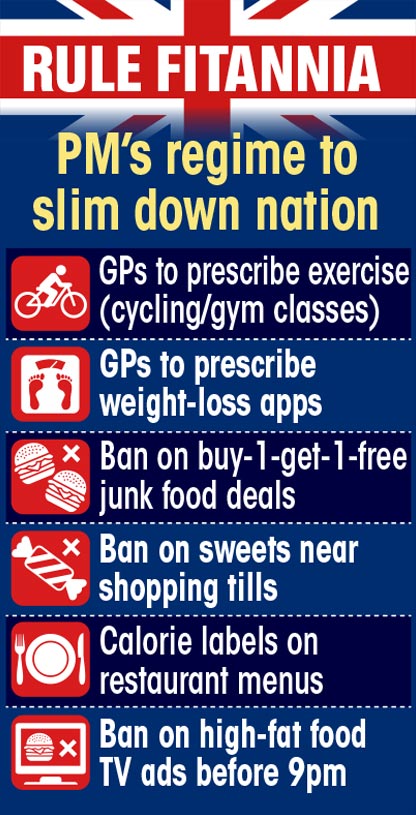