The latest UK heatwave may arrive this weekend, as the country looks set for more weather in the mid-to-high 20s for another week running. While weather maps show Europe is destined for extreme conditions – with the mercury passing 41C in some parts.

Graphs from weather experts with Windy and WXCharts show a vast red blemish descending over the continent this weekend.

According to forecasters, maximum temperatures of 41C could hit parts of Southern Spain tonight and into Saturday.

Areas around Madrid will bathe in these highs, which will only intensify further on Sunday.

Sunday will see extreme temperatures of 43C, rivalling and besting the mercury in some parts of Africa. 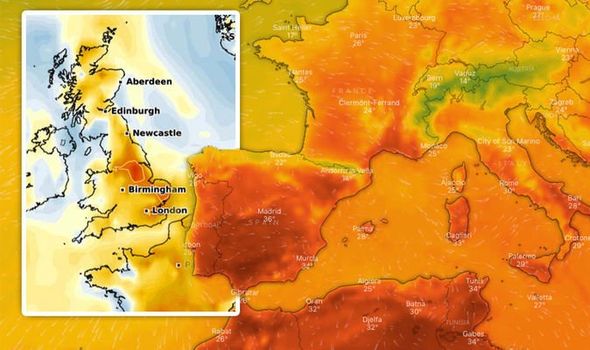 WXCharts, which uses data from MetDesk, also shows the south of France will see highs passing 30C as well, mainly on Saturday.

The heat will also continue to build through Portugal, which is currently seeing highs of 30C, which is likely to build to 32C by Sunday.

While this is par for the course for some parts of Europe, the latest weather spikes come at the behest of a low-pressure system.

But the UK will only benefit temporarily, with temperatures in the mid-20s tonight giving way to torrential rain. 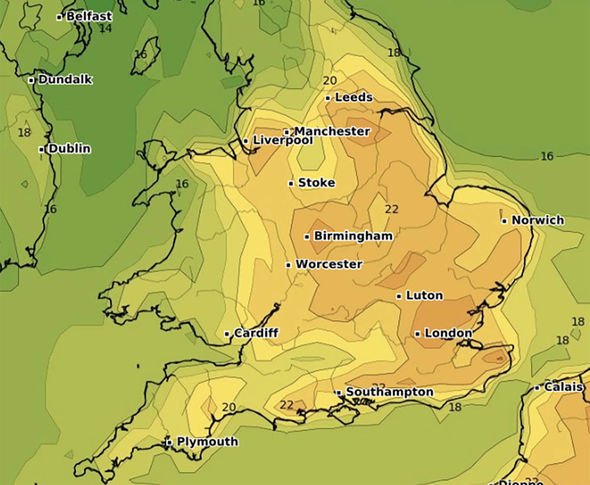 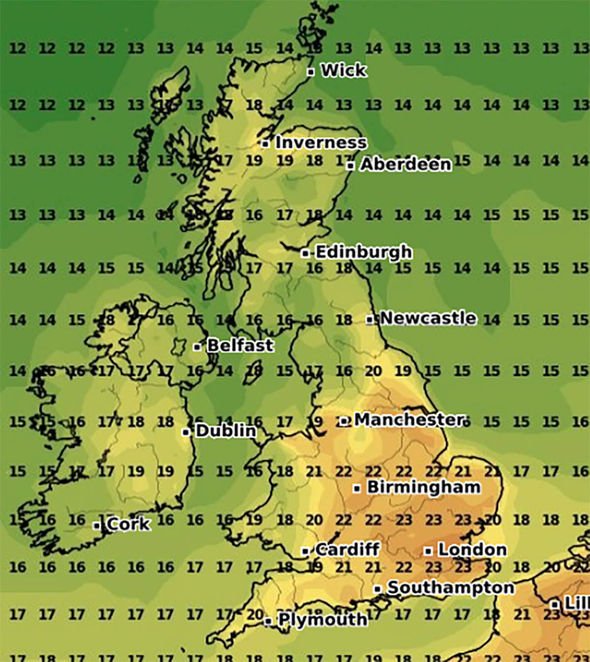 Rain will extinguish highs of 24C and 26C as people go to sleep tonight, with rain and cloud developing in the late hours of Friday.

According to weather forecasters with the Met Office, the night will start dry, but rain moving in from the west will dash hopes of another heatwave.

Met Office forecaster Becky Mitchell revealed a “messy picture” for the UK as the weekend begins.

She said: “Tonight looks to be dry and cloudy for most places, it’s quite a mild night as well with temperatures perhaps not falling below 17C in the south-east.” 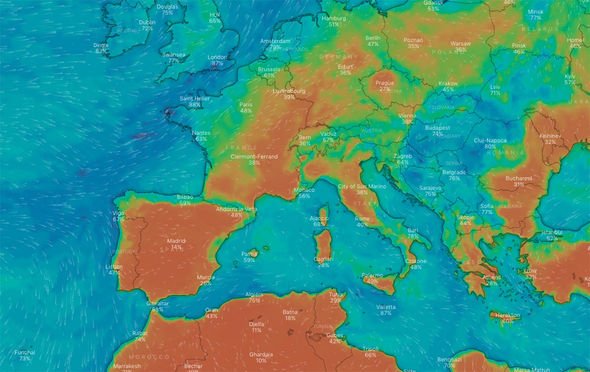 She added: “Come Friday daytime, it’s a cloudy start for most but turning brighter in the afternoon and we could see temps of 26C in London, so quite warm in the sunshine with cloudy intervals.

“On Friday evening we start to see rain move in from the west and that could be heavy at times.

“Overnight that rain will spread across all parts of the UK.”

By Sunday, the rain will start to dissipate, but the week ahead will remain “unsettled”, the forecasters said. 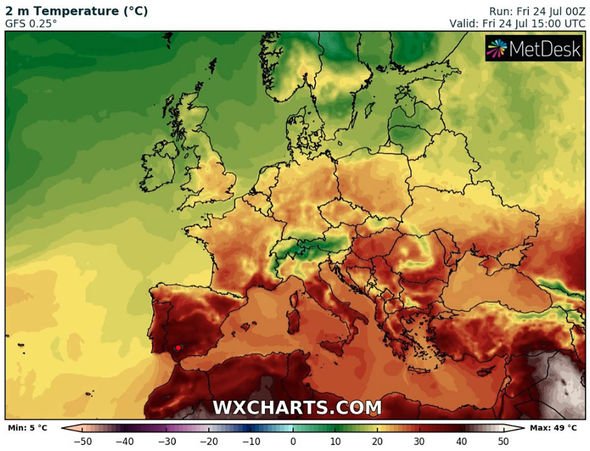 Their long-range forecast, which covers most of the week from July 29, states the last few days of the months will see rain and cloud, which will continue into August.

The forecast states: “The unsettled theme seems likely to continue through the last few days of July, with showers and variable cloud, with the driest and sunniest weather in the south and southwest.

“Into early August, it will remain unsettled with the wettest conditions and greatest likelihood of prolonged rainfall in the west and southwest.

“Sunshine and showers will be most probable further north.”