Britons have roasted in scorching highs of 28C this week, following weeks of rain and grey skies in May. Tyler Roys, senior meteorologist and lead European forecaster at AccuWeather, has now predicted the hot weather could linger over a staggering 100 day period (three months) until September. He added the UK could see temperatures reach “above normal” highs of 30C in the south-east of England during the summer.

He told Express.co.uk: “Much of this summer will be closer to what is expected… near normal.

“The best chance for any significant heat (above 30C for southern England) will come in July and early August.

“At this time we do not expect any prolonged heat this summer, at best southern England will be at the edge of any heat. 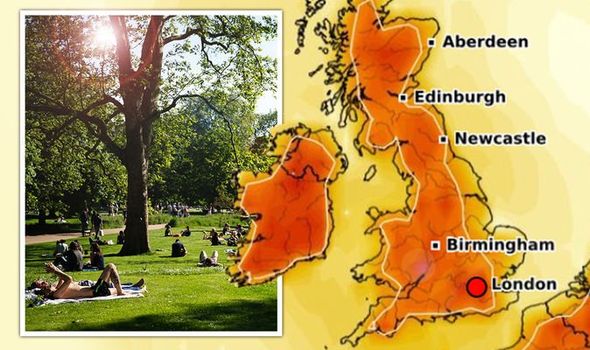 “Further north, in Scotland, it will be wetter than normal, but we can’t rule out temperatures being slightly above normal elsewhere at the end of August into September too.”

Temperatures should also continue to edge towards 30C towards the end of June in the south-east, according to WCHARTS.

Essex, London and Kent could see sizzling highs of 22C on Wednesday, June 16, which could mark the start of the summer heat.

Further north, Birmingham and Peterborough could bask in highs of 18C on the same day, while Manchester and Leeds are slightly cooler at 13C. 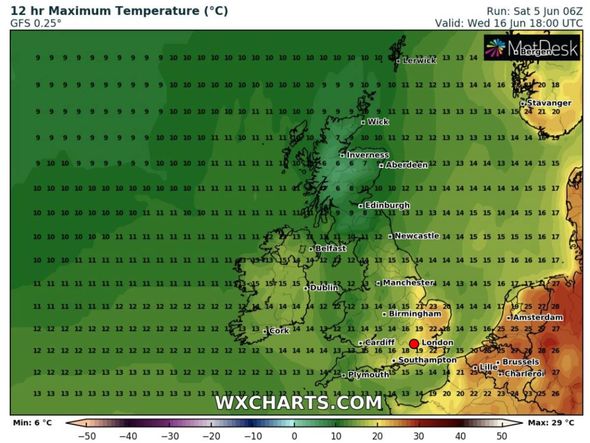 Brian Gaze, a forecaster a Weather Outlook, added warm conditions were expected to linger until August, although short disturbances of rain could also strike.

He said in his summer forecast: “Mixed weather for much of July, although the emphasis early on may be on drier and warmer conditions.

“Temperatures on the whole are favoured to be close to the seasonal average.

“The second half could see increasingly unsettled with the likelihood of heavy showery outbreaks of rain. 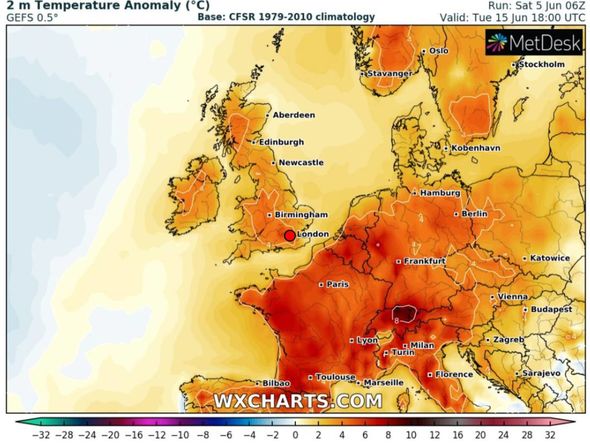 “However, some drier and warmer spells are still likely.

“Although temperatures are forecast to be close to the seasonal average overall, significant variations are possible.”

Mr Gaze then added the second half of August could see a “very warm period”.

He said: “The driest weather will probably be in the south and east, but a heightened risk of heavy showers or thunderstorms means local variations could be large. 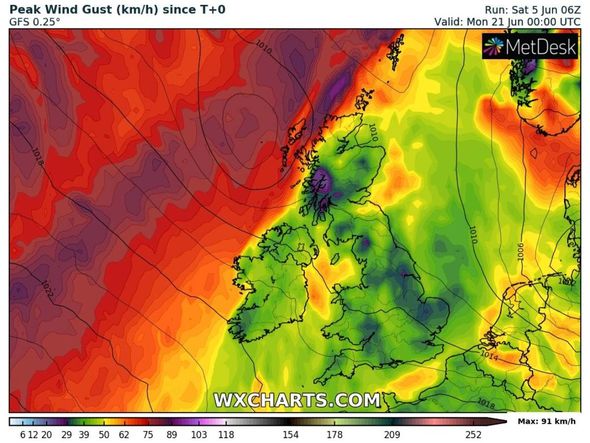 “Temperatures should be above average when aggregated over the period as a whole.

“In the second half, the chance of settled and very warm periods increases.”

The forecast said: “Temperatures are likely to remain average to warmer than average with an increased risk of hot conditions. 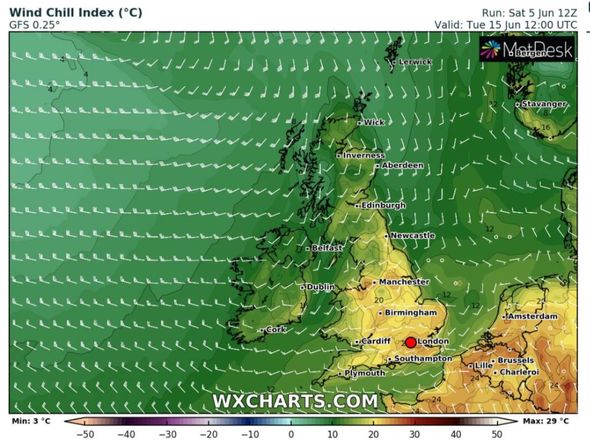 “A good deal of fine and dry weather across much of the UK for the end of June.

“There could be a few showers in places and perhaps some rain in the far north at times.

“Temperatures are likely to be above average.”

Another forecaster believes the heatwave could become even more intense over the coming days.

The Weather Outlook’s GEFS maximum temperature charts for June show parts of the UK will soar to 36C (96F) on June 16.

The intense is expected to be focused on London.