PM Theresa May said measures set out in a draft proposal by the EU threatened the UK’s ‘constitutional integrity’.

The British government has rejected a proposal by the European Union on what to do with the Northern Ireland border after the UK leaves the EU.

Prime Minister Theresa May on Wednesday said the proposed creation of a “common regulatory area” between the EU and Northern Ireland would “threaten constitutional integrity by creating a customs and regulatory border down the Irish sea”.

“No UK prime minister could ever agree to it,” she told the House of Commons in London.

Michel Barnier, the EU’s chief negotiator on the UK leaving the EU, unveiled the first draft text of the bloc’s legal agreement with Britain after “Brexit” on Wednesday.

The text proposes there would be no internal borders as well as a free movement of goods between Northern Ireland and the Republic of Ireland, effectively making Northern Ireland part of the EU customs union.

Speaking at a press conference in Brussels, Barnier said the draft proposal contained “no surprises”.

He said maintaining alignment with the internal market and customs union would serve to “support north-south cooperation, the whole island economy and the protection of the Good Friday agreement”.

Barnier also said he looked forward to receiving proposals from the UK on how to address the situation on the island of Ireland.

Britain and the EU agreed in December that there would be no hard border between Northern Ireland and the Republic of Ireland after Brexit comes into effect in March 2019, but left unclear what the practical arrangement would be.

“[Barnier] said there is a joint commitment by the EU and the UK above all to avoid a hard border between Northern Ireland and the Republic of Ireland,” reported Al Jazeera’s Nadim Baba.

“Some people think it could put the Good Friday agreement, which ended years of sectarian violence and brought in power-sharing, in danger if you did have customs checks and offices.”

The leader of Northern Ireland political party DUP called the draft text “constitutionally unacceptable” and said the proposals would be “economically catastrophic”.

The Irish government welcomed the proposal and said it contained “the necessary legal provision to implement the backstop” to avoid a hard border.

The UK is due to leave the EU on March 29, 2019, two years after the country triggered Article 50, which started a two-year negotiation period for withdrawal from the bloc of 27 countries. 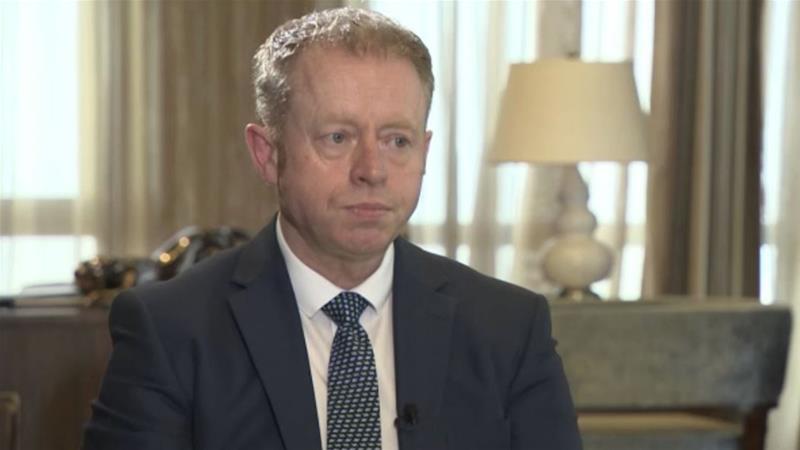 Ireland’s economy in a post-Brexit world