New weather charts show and experts claim a cooler weather system is predicted to hit the UK causing temperatures to fall across Britain. This will increase the likelihood of snow falling across the UK on Friday, March 12 with large parts of Britain turning blue, according to the latest maps.

Temperatures across many parts of the country could also be as low as -5C on average, WXCharts 850 hPa temperature maps show.

Across the north of England and Scotland, the charts predicts temperatures would likely be lower than -5C whilst in southern England, temperatures will be closer to 0C on March 12. 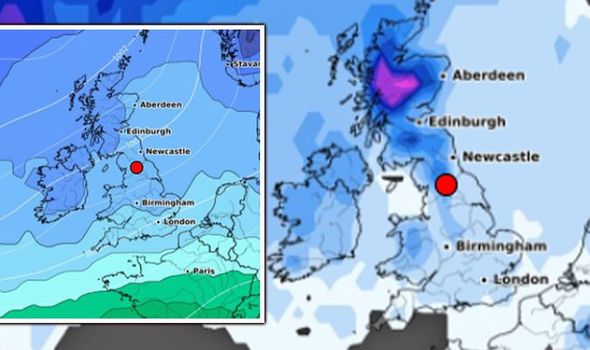 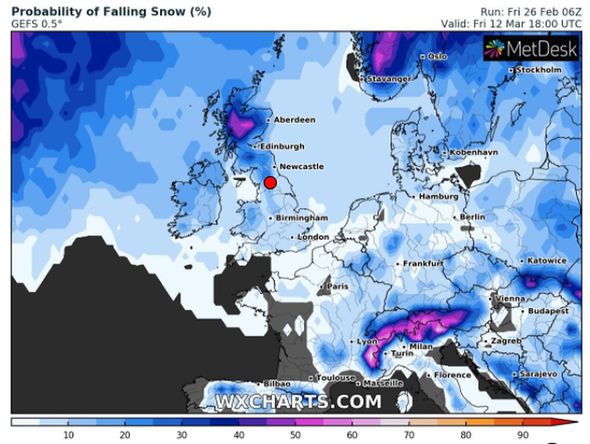 Met Office Forecaster Grahame Madge added it was “possible that we could get snow in March”.

He stressed: “In fact, it’s more likely we will get snow in March than in December.”

Mr Madge made clear he could see a colder weather system coming in which was “causing excitement.”

However, the forecaster stressed it was “too far away and too uncertain to have any indication yet.” 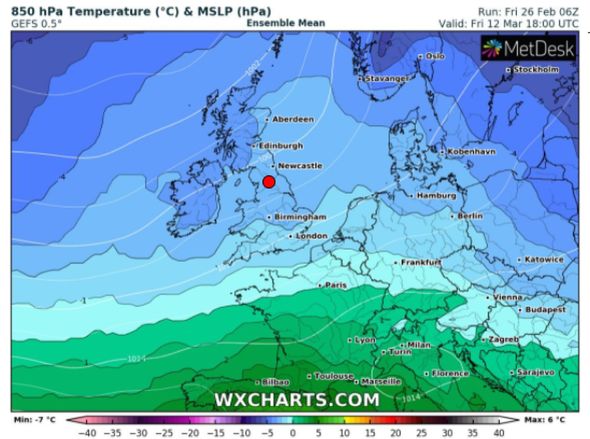 He continued: “It is unlikely to see an easterly weather front coming across, but a white Easter is more likely than a white Christmas.”

The prediction of a freezing spring comes despite temperatures rising this weekend.

Going into tonight, MeteoGroup says it will be a fine evening as it will be dry with clear skies and just some patchy cloud cover across the north-west.

Overnight, thick cloud will build into Northern Ireland and western Scotland bringing spots of drizzle and a few showers.

Temperatures will peak at between 11-14C, the group said. 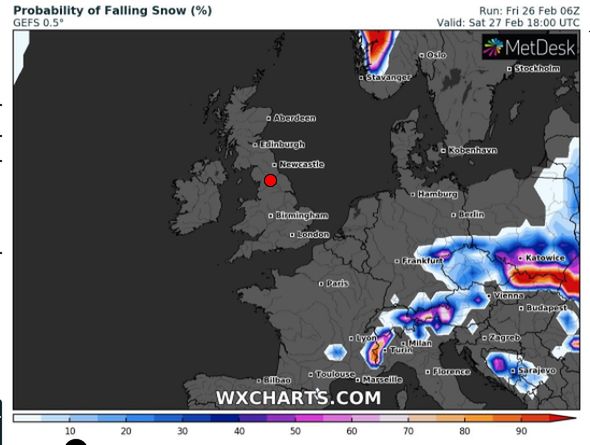 Going into tomorrow (February 27), there will be early patches of mist and low cloud may be slow to lift and clear.

However, it will then be fine and dry with lots of sunshine across central and southern England.

There will be variable amounts of cloud across Scotland, Northern Ireland and Northern England with a few spots of drizzle or showers.

Temperatures are expected to peak between 10 and 13C whilst WX Charts snow prediction models reveal no snow will fall.

He added that more sunshine is predicted for the end of the week, with sunshine and mild temperatures again reaching up to 15C across the UK.