But this break from the scorching 33C heat, which is expected to last for the next week at least, will only be temporary before the mercury begins to skyrocket once again. Senior meteorologist at British Weather Services, Jim Dale, has given a somewhat early indication of when the heatwave may fizzle out. He told Express.co.uk: “In possibly eight or nine days’ time when there is a breakdown of the heat, thunderstorms will bring some temporary relief for sure. The jury is out on what comes next, but it’s not the end of summer.”

While Mr Dale said it’s too early to determine where the thunder and lightning will strike, he is sure the storms will start in the south at first.

It is also still too premature to determine how long the adverse weather will last, and how much it will drag temperatures down.

But despite the chance of storms, the Met Office also remains optimistic in its long range forecast when it comes to predicting more sunshine this summer.

Looking towards the end of this month and the first week of August it says: “After a spell of more changeable conditions for many areas, high pressure will likely bring more settled weather again to the south and southwest. 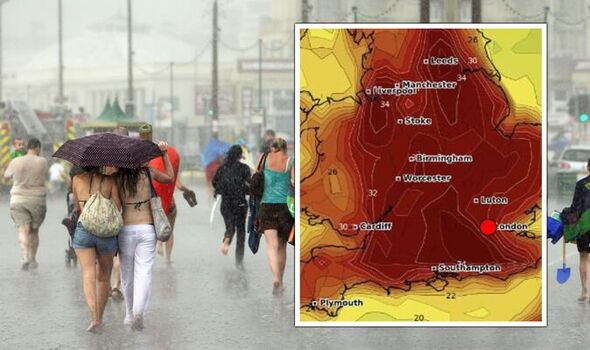 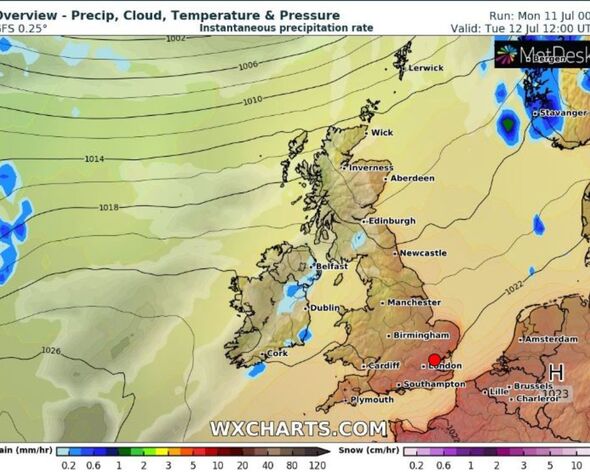 “This may extend more widely across the UK, bringing generally fine weather for most, however the northwest will continue to see the majority of any cloud and rain.

“Temperatures will likely be above average for most, especially in the south, with the potential for it to be hot across England and Wales.

“However, temperatures may perhaps return close to normal again for most by the end of this period, except in the south where it may remain warm or very warm.”

Britain is currently baking under a scorching heatwave which has triggered a level three amber heat health warning for the southeast and east of the country. 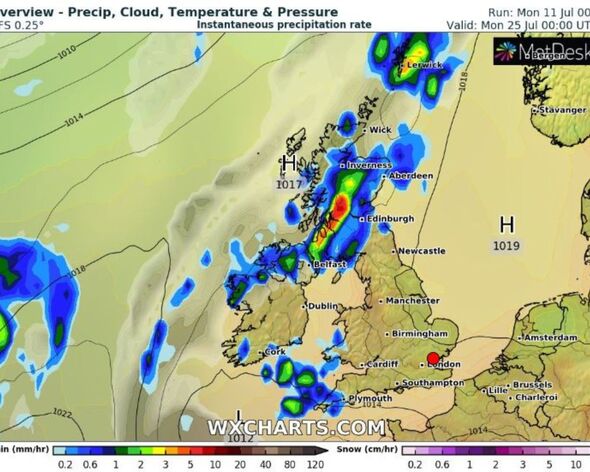 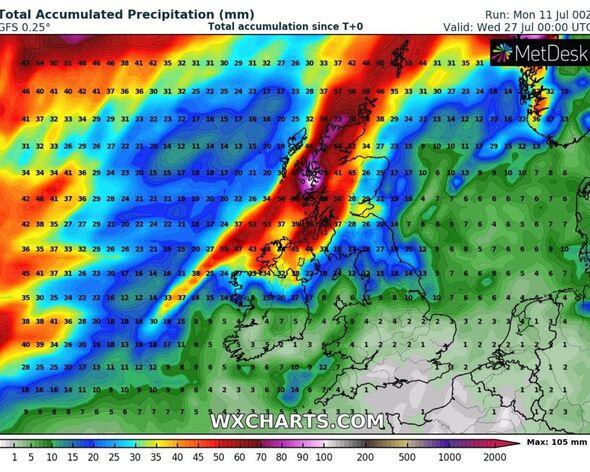 Temperatures are continuing to climb, with highs of 33C predicted in some parts of the south tomorrow, July 12.

The alert has been implemented by the Met Office and central government who urge people to look out for the vulnerable, stay hydrated and keep their homes cool by keeping curtains closed.

It sparks a series of cautional messages to high risk groups and requires action to be taken to protect those susceptible to heat related illness.

The alert is set to cease by this Friday, when temperatures will take an abrupt dip.

But by early next week the mercury is set to soar once again, this time to the mid 30s.

On Monday, July 18 the south east will be melting under highs of up to 36C.

Mr Dale predicts it’s after this extremely hot period when the high pressure will break, prompting a risk of storms in its wake.