Flood alerts have been issued by the Met Office due to severe downpours in areas of England. Met Office weather warnings were issued as heavy rain covered the north west of England and south west of Scotland overnight on Tuesday.

“Most of the showers will be across the North and the West but they’ll rattle across the country and quite a strong wind.

“We have seen gales across the far North as well as the West and a blustery day for Northern Ireland.” 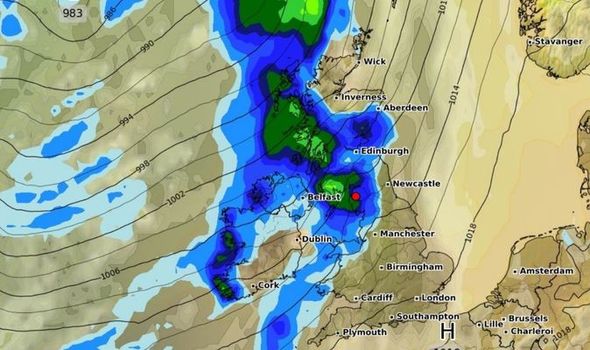 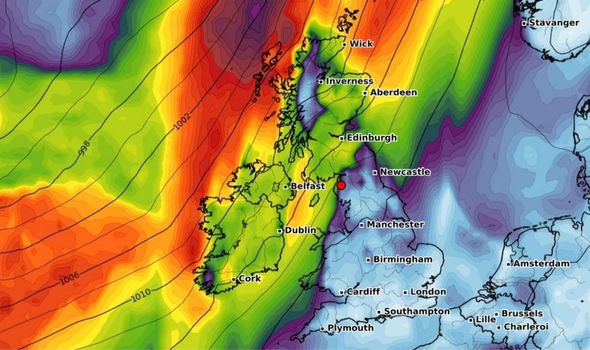 The flood alert in force is for the rivers Duddon, Crake and Mill Beck in the north west of England.

The river levels are forecast to rise due to heavy rainfall.

The Met Office has said its main area of concern is the Ulverston area.

Flooding will be possible in the areas affected and people have been warned to avoid using low lying footpaths near local water channels. 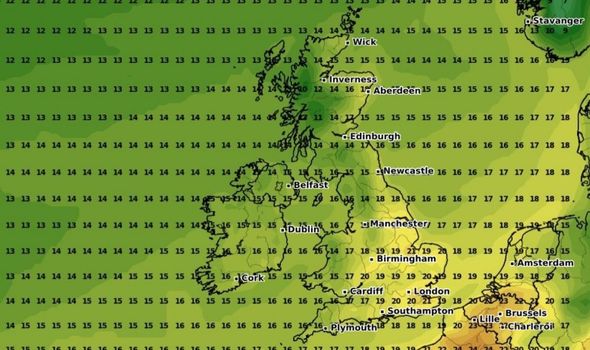 Temperatures will be mild in the UK leaving warm and tropical air.

Ms Nasir said: “It’s relatively mild the air, warm tropical air mixing with that quite a lot of humidity.

“So we could see 22 perhaps in the southeast 21 further north helped with a little sunshine.”

Met Office forecaster Becky Mitchell said the week will be a “mixed bag of dry spells and showers”. 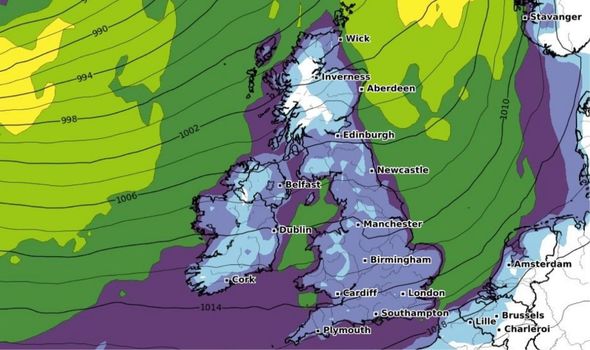 She said: “On Thursday, it looks cloudy across the south with outbreaks of drizzle while further north it is a mixture of sunshine and rain.

“That cloud in the south will clear for Friday morning and again there will be sunshine and showers in the north.”

She added how over the weekend there will be a front of rain that will sweep across the UK.

But Ms Mitchell also said there will be some fine, dry conditions too.

She said: “This week will feel a bit more autumnal with chillier nights in the forecast and it will also be quite blustery in the north.” 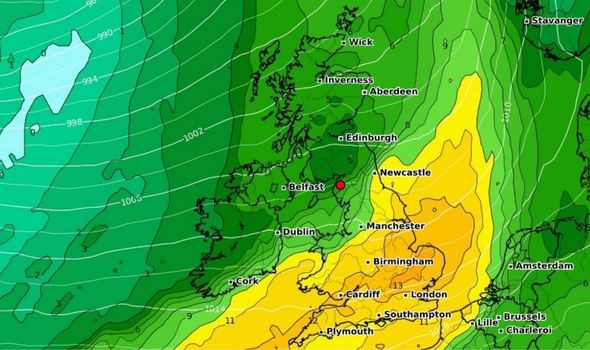 As the week comes to an end, rain downpours will continue with some outbreaks of nicer weather in parts of the country.

Temperature will be in the high teens or the low twenties on Friday.

Ms Nasir said: “Come Friday you can see its pretty much showers across the North and the West.

“Yet again some fine weather across the central swathe of the country.

“We could see some sunshine across East Anglia, the east Midlands, the south east before a little wave of clouds and patchy rain just moves in across the west country as well as southern parts of Wales.”