Weather warnings are in place for England and Wales for the rest of today until tomorrow afternoon. 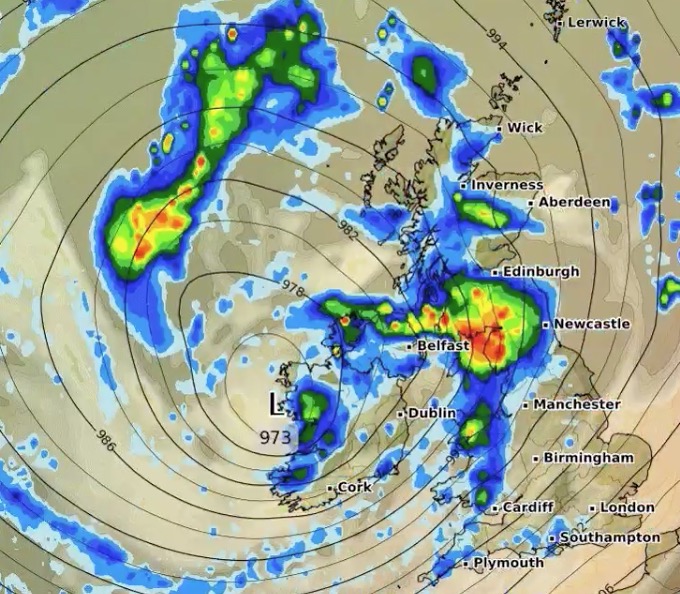 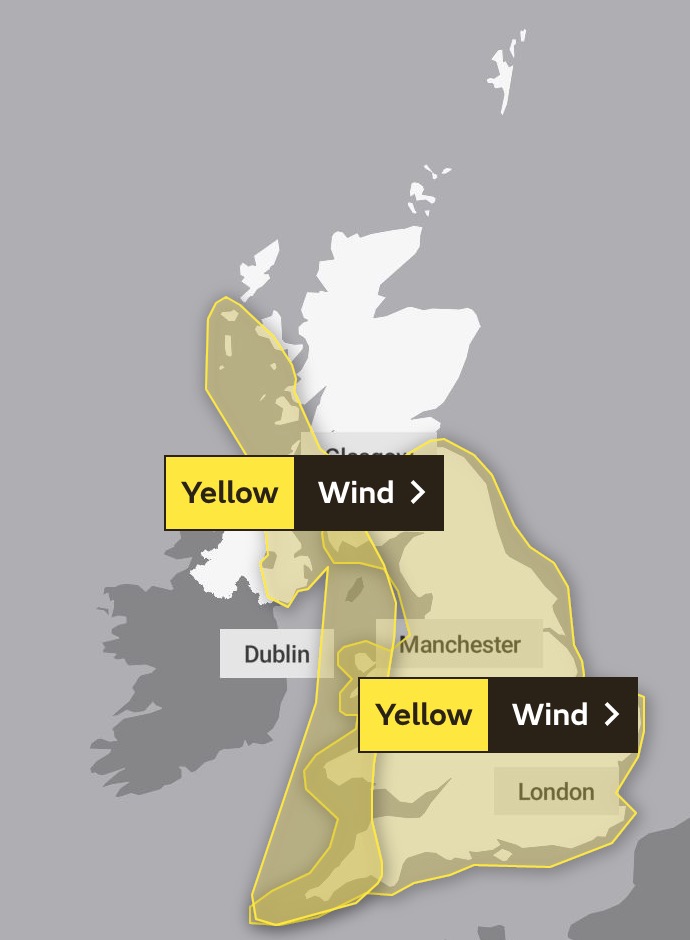 Winds of up to 66 miles per hour have been recorded at Pembrey Sands in Wales as Storm Ellen hit Ireland and western parts of Britain, the Met Office said.

The forecaster tweeted: "Storm Ellen is currently bringing some unseasonably windy weather across the west with Wales having seen the strongest winds so far."

A Met Office yellow weather warning for wind stretches from the north of Scotland down to the Cornish coast and remains in place until Friday evening.

A separate yellow warning for very strong winds was also in place for Northern Ireland, while the Scotland Environment Protection Agency had five flood warnings in place for the country's south-western coast.

Gusts up to 66mph were also recorded in Ireland at Finner, Met Eireann reported, while the Met Office said Ireland's "exposed southern coasts" had experienced gusts of 89mph at Roches Point. 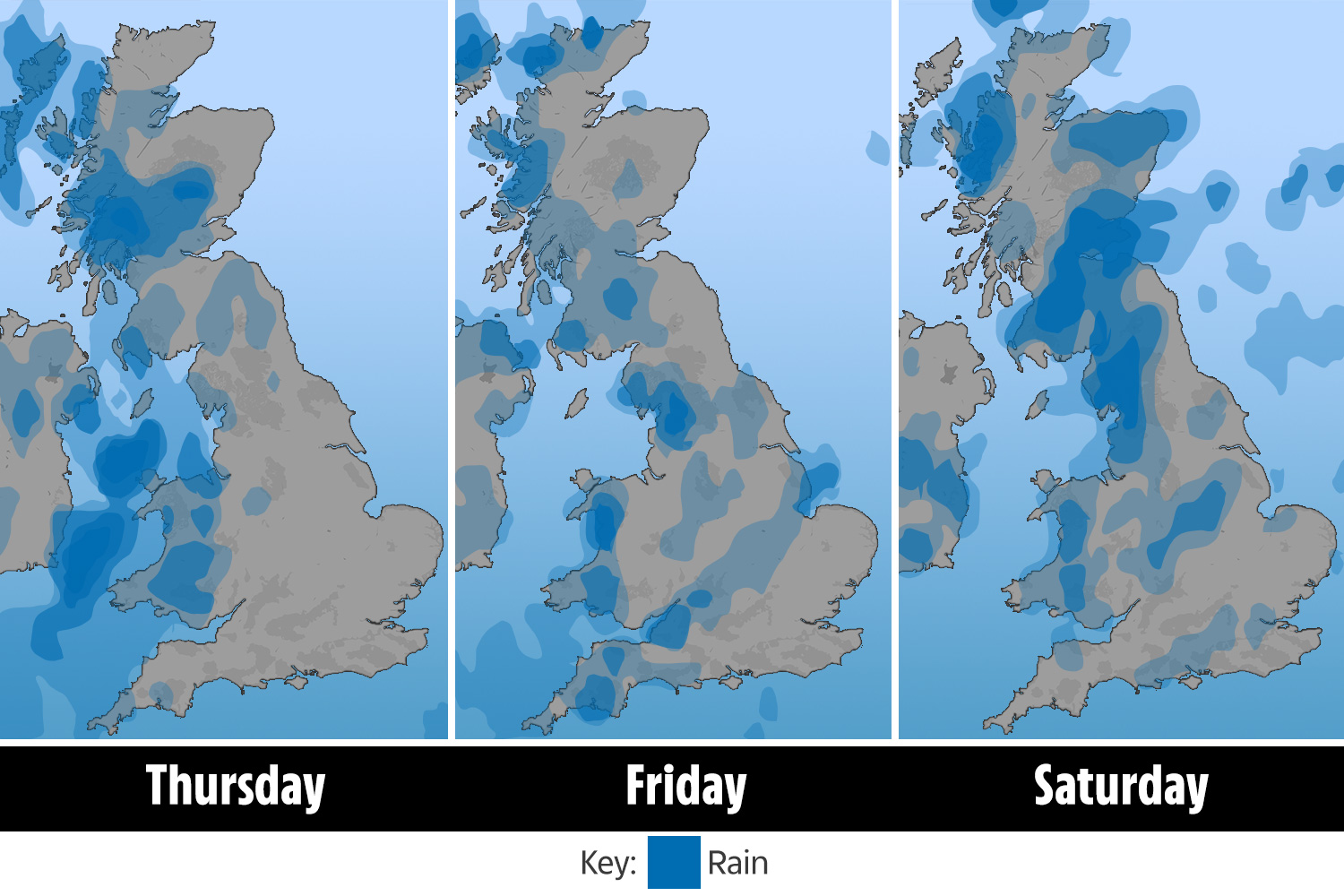 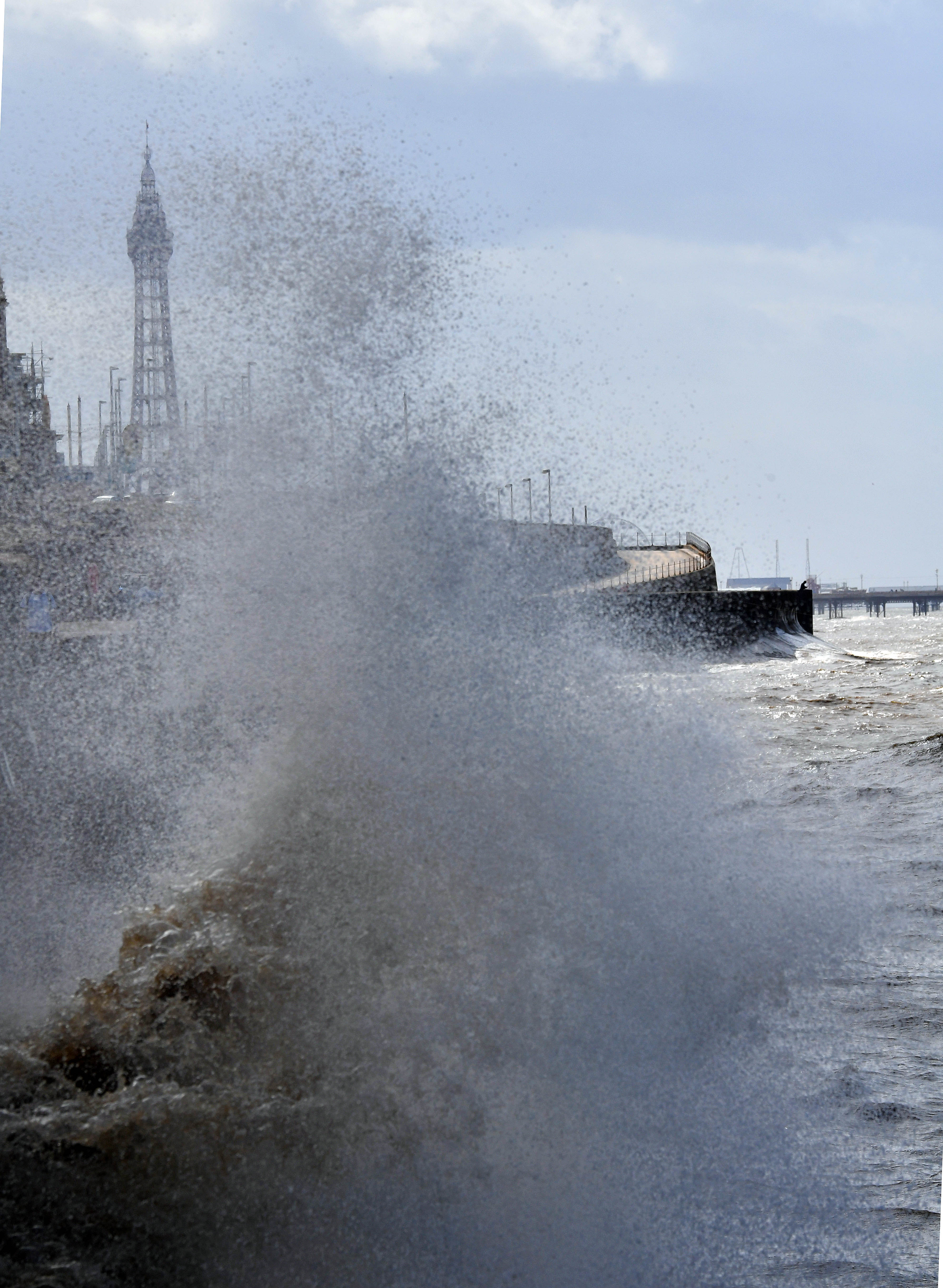 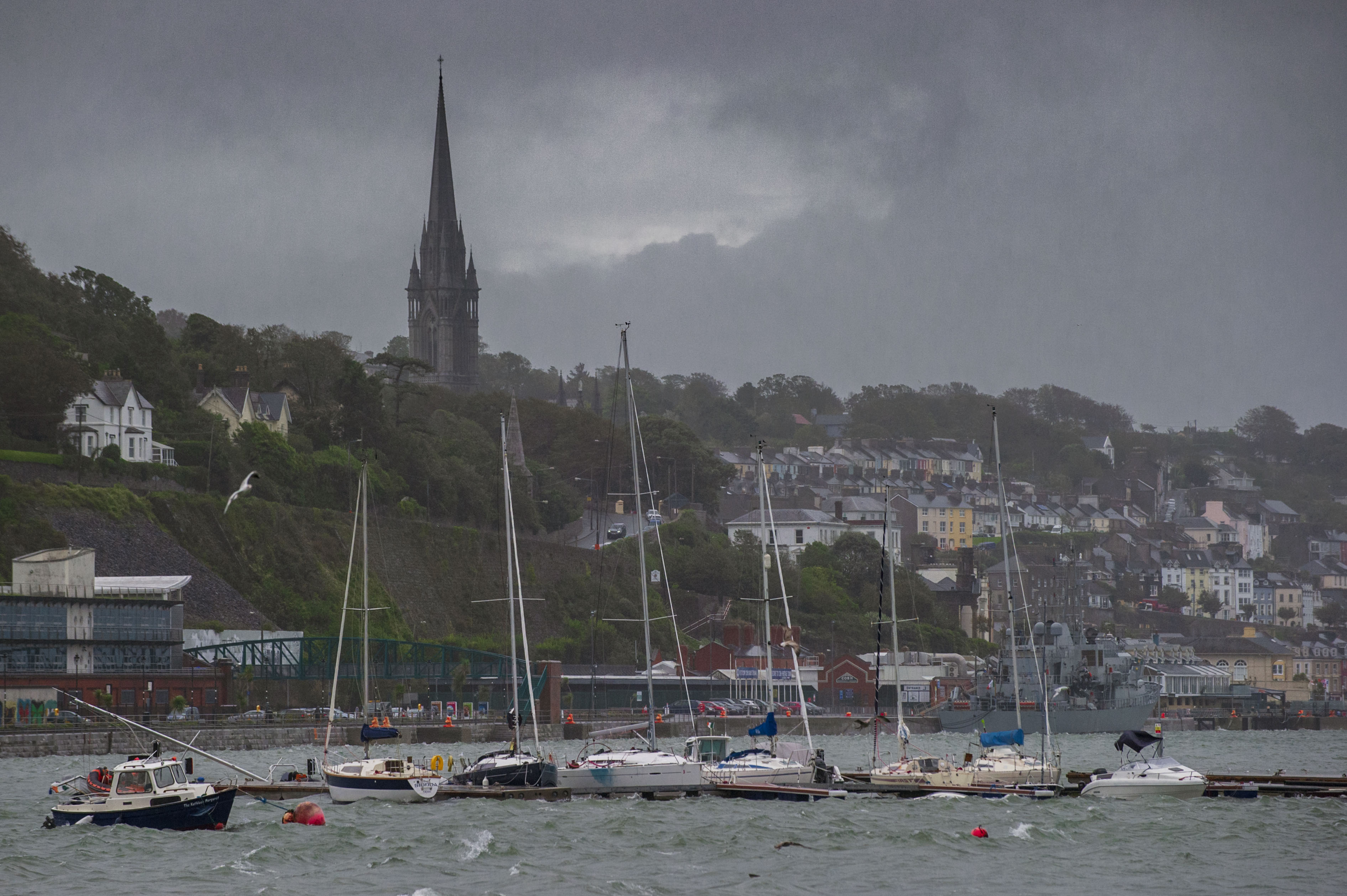 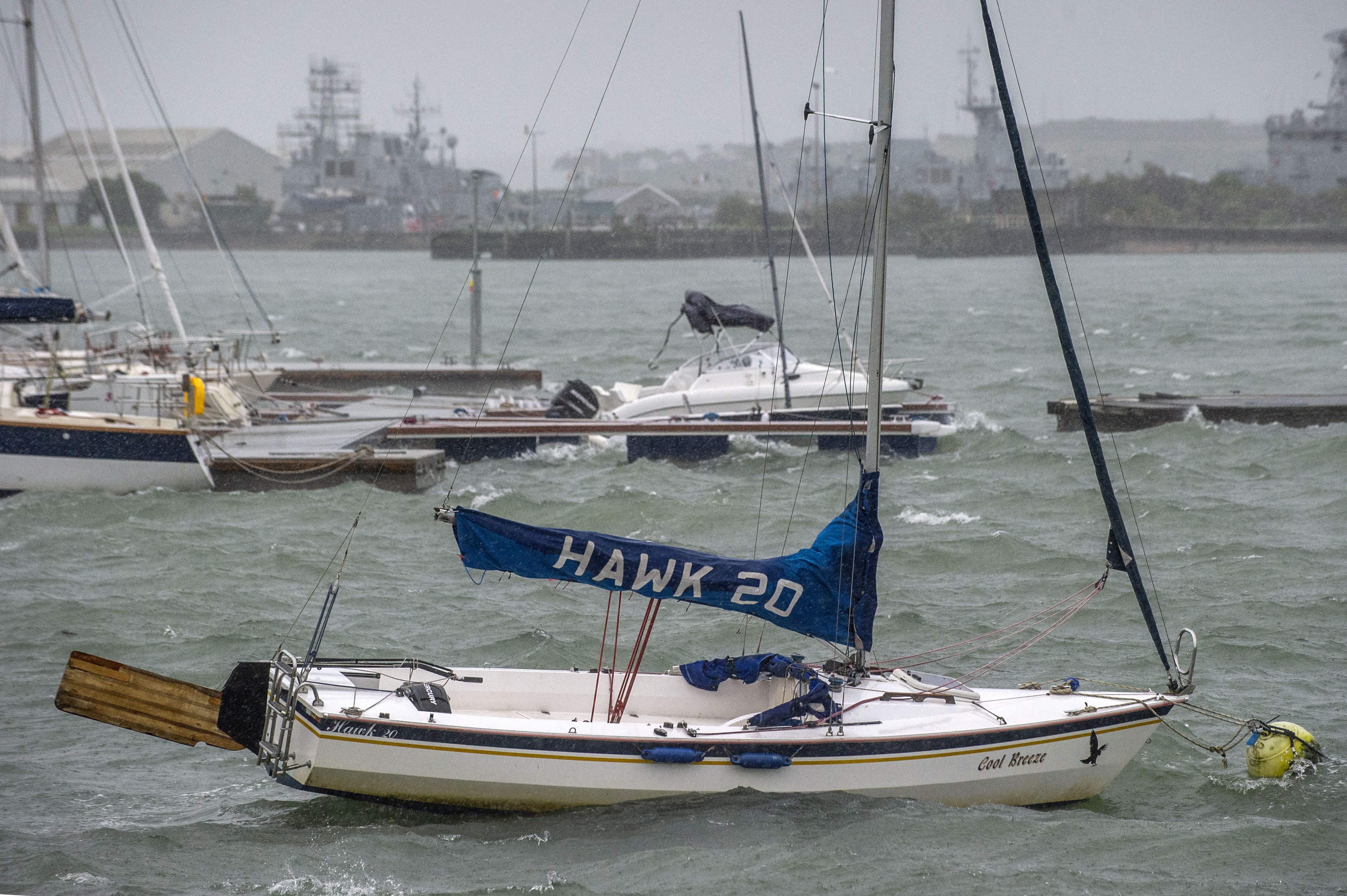 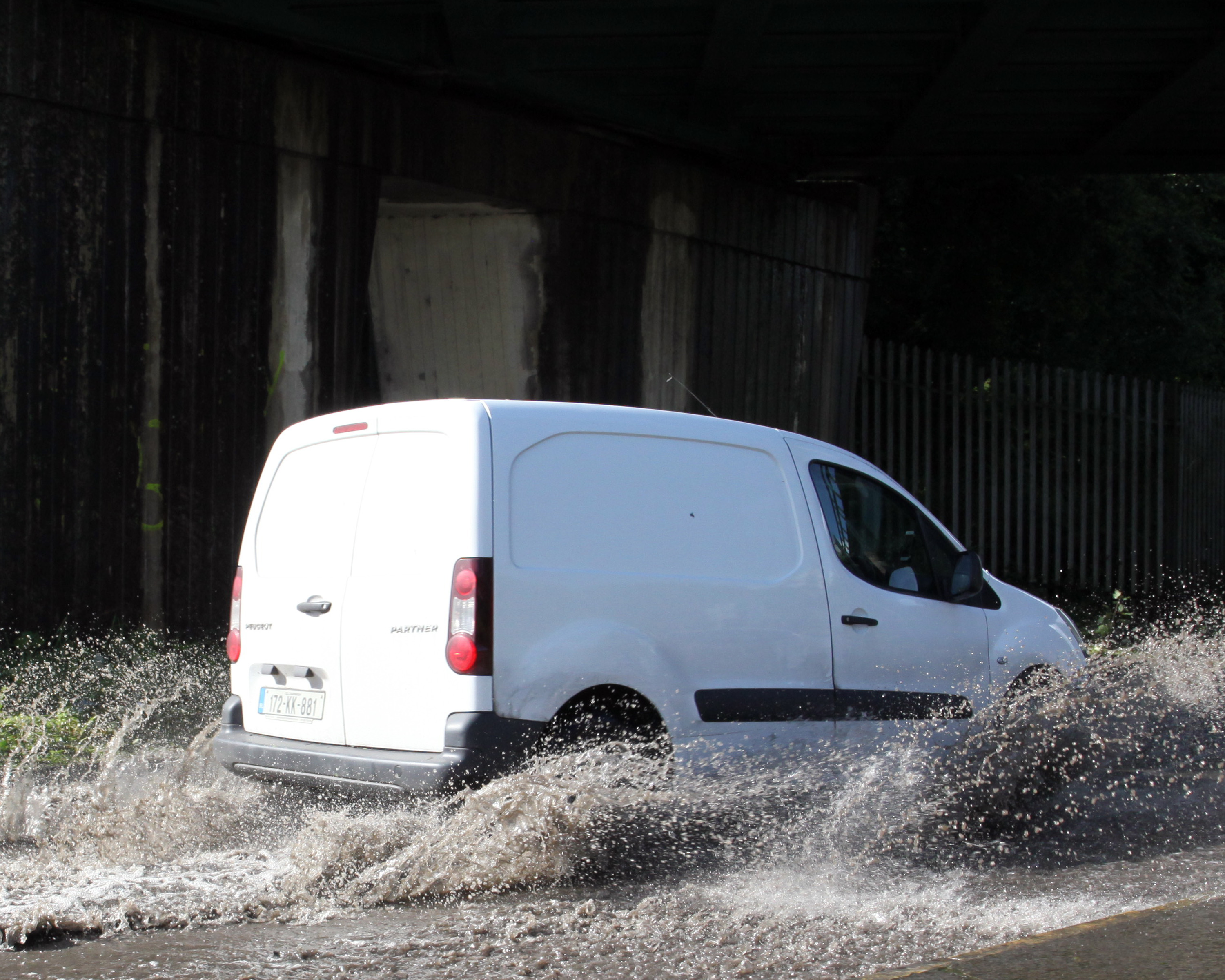 Emerging from a "decayed tropical cyclone", it was forecast to sweep across Ireland before hitting all of the UK's west coast, the Met Office said.

Warnings of potential travel delays and the possibility of power cuts will extend eastwards on Friday to also include central and northern England, as well as all of Wales.

Forecaster Luke Miall said Ellen will be felt "for the next couple of days" and is "not going to move through really quickly so we will continue to see a really big area of low pressure through the rest of this week."

The stormy conditions come just a week after scorching temperatures across the UK with the mercury hitting 34C for six consecutive days.

Mr Miall said: "We have gone from one extreme to the other, the first thing that springs to my mind with these sorts of events is climate change.

"We are likely to see these swings in extreme events more frequently. Although I couldn't necessarily say these two events were directly caused by climate change, it's likely that these sorts of swings in our weather will become more frequent." 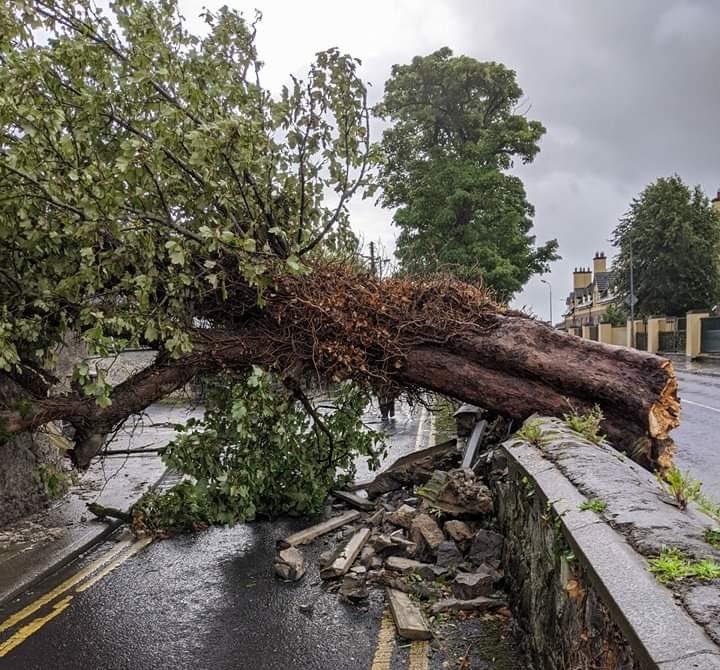 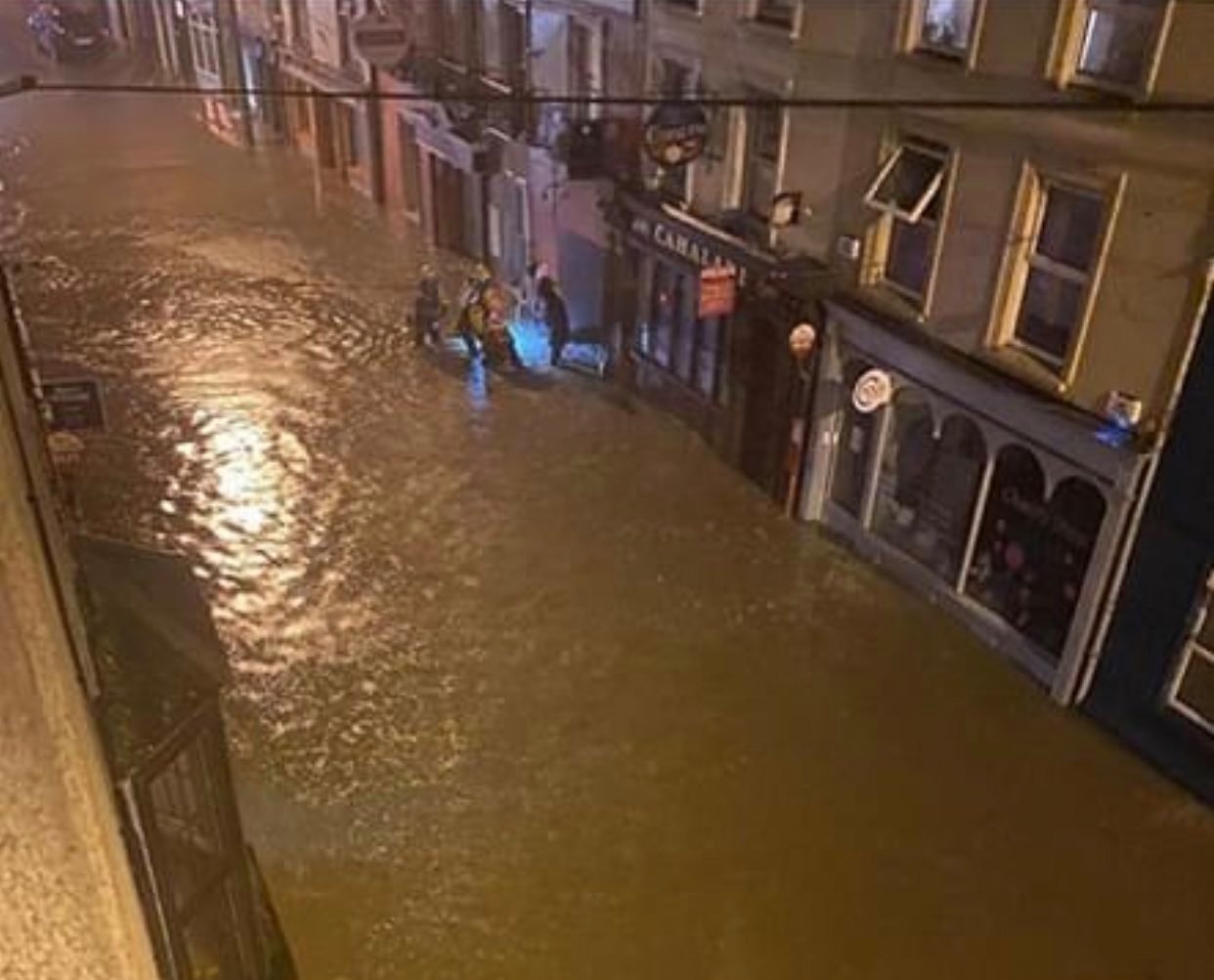 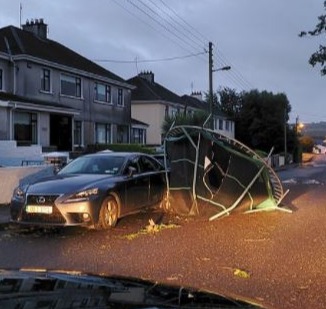