The Met Office has issued two yellow weather warnings for Thursday for both Wales and Northern Ireland. Wales has been warned about thunderstorms and Northern Ireland for heavy rain, both of which have the potential to cause flooding that could damage homes and other buildings.

The warning for Wales was issued at 2:00AM BST on Thursday morning and is due to end at 9:00AM later the same day.

The Met Office said: “Slow moving heavy showers and possible thunderstorms are likely to cause some disruption on Thursday.

“Thunderstorms will occur first on Thursday over northwest Wales.

“Where these occur there is the potential for 25-50 mm of rain in a few hours along with a risk of lightning.” 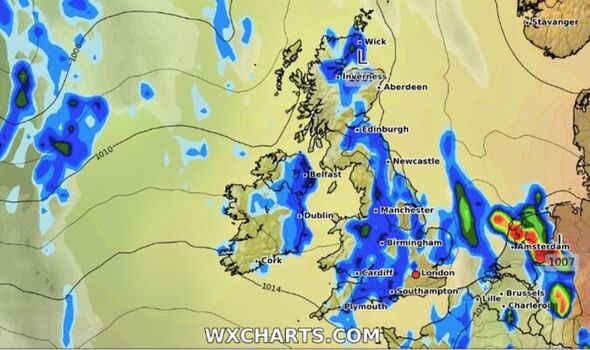 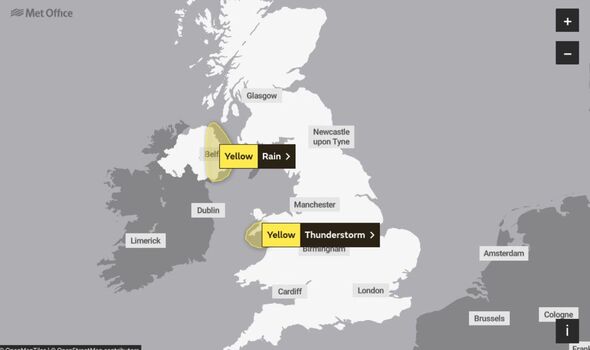 The warning for Northern Ireland will be in force from 5:00AM BST on Thursday until 10:00AM BST and warns of travel disruption due to localised flooding and spray on the road.

The Met Office said: “An area of heavy rain is likely to develop early on Thursday morning.

“This could bring 20-30mm within a few hours, which would be enough to bring some flooding to prone spots.”

As for the rest of the week and heading into the weekend, BBC meteorologist Ben Rich said there will be a “complex weather picture to take Brits into Friday. 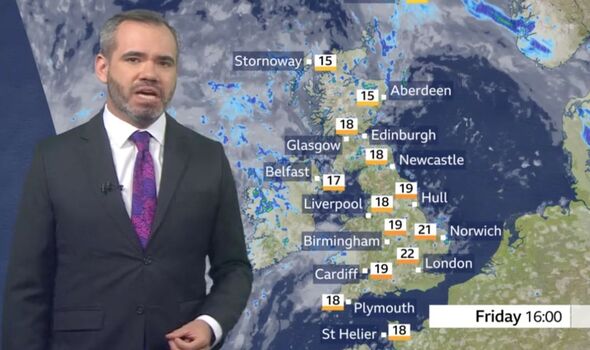 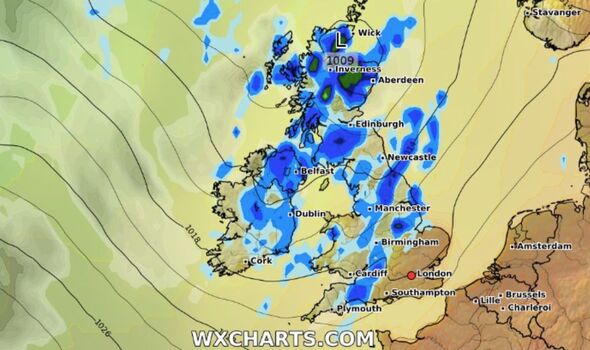 He said: “We will see some sunshine, but again we will see some showers, some heavy some thundery, a bit more of a breeze at this stage so the showers should move through a little more quickly.

Saturday will again see a mixture of showers and sunny spells but, according to WXCHARTS, the patches will dominate the day, notably in the west and north of England and across Scotland. 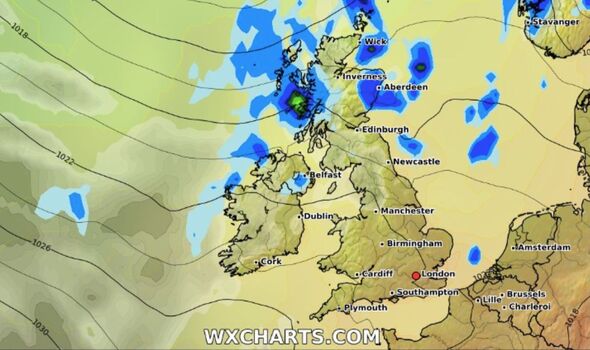 Mr Rich said there would be “another belt of heavy showery rain making its way eastwards through the day with some sunny spells in between.”

Luckily by Sunday the weather will clear up for most with only small patches of rain in Scotland and northern England.

Temperatures in England on Sunday will range between 19C and 21C while in Scotland it will still be relatively chilly in the mid teens.