Petro Poroshenko said reservists will be summoned for training as part of the martial law he declared at the end of November.

He said that some military units will be redeployed to strengthen the nation’s defences in a ratcheting up of tensions between the neighbouring countries.

“Ukraine is taking its own steps in response to the threat of a large-scale Russian invasion,” the president said.

He also called on Germany and its allies to boost their naval presence in the Black Sea to deter futher Russian aggression. Martial law was declared in parts of Ukraine on 26 November, a day after the Russian coastguard fired at and seized three Ukrainian naval vessels and 24 crew members off the Crimean Peninsula that Russia annexed from Ukraine in 2014.

As part of the 30-day martial law, all Russian males aged 16 to 60 have been barred from entering Ukraine, a move which Mr Poroshenko said was needed to prevent Russia further destabilising his country.

Over the weekend Mr Poroshenko said that Russia deployed a large number of troops along its border, and claimed the Kremlin intends to push into Ukraine.

His government also accused Russia of blockading its ports in the Sea of Azov – which the Kremlin denies.

“The accusations against Russia have no basis whatsoever,” he added.

However, the Russian military said its forces in Crimea were conducting drills involving Bal and Bastion long-range anti-ship missile systems. 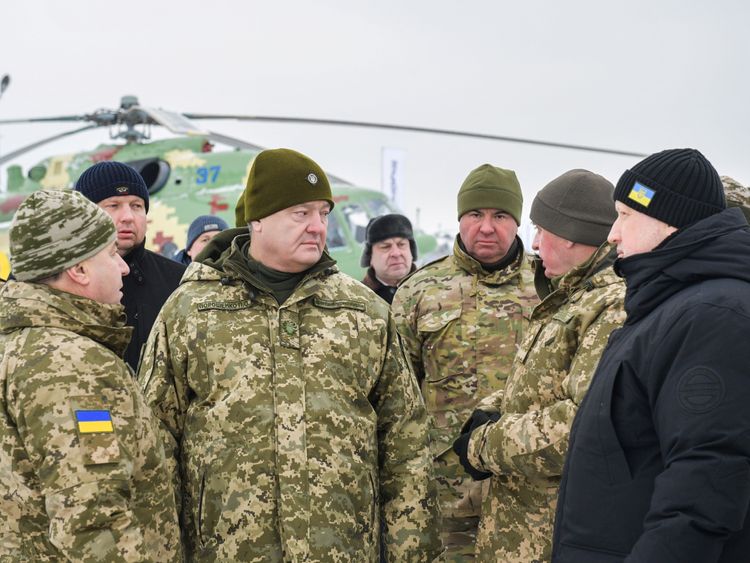 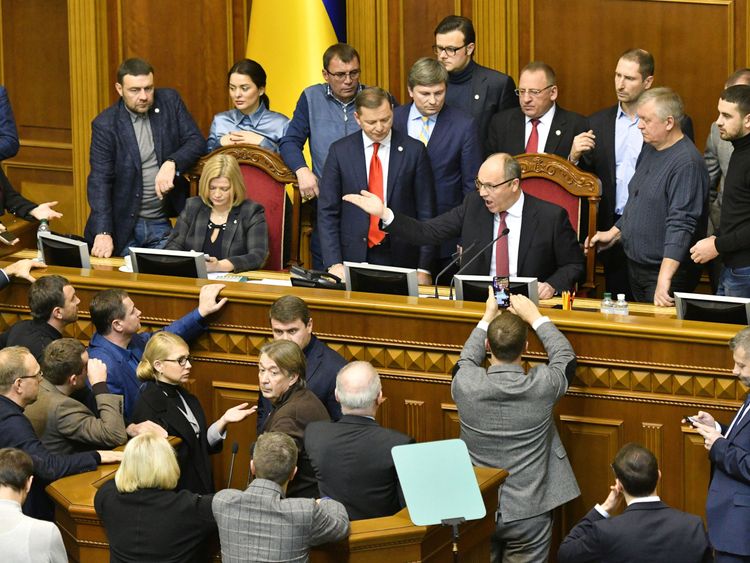 The sailors taken from the Ukrainian ships in November by Russia have been placed in custody for two months as Russia investigates the clash in the Kerch Strait, which links the Black Sea and the Sea of Azoz.

Ukraine and Russia have blamed each other for the naval incident which ramped-up sour relations created in 2014 when Russia annexed Crimea and backed separatist rebels in eastern Ukraine.

Kiev says its ships were in international waters while Russia claims the boats were violating its borders.

Mr Poroshenko has said he tried to arrange a phone call with Mr Putin to discuss the standoff but was refused.

The Russian leader’s spokesman said “no such conversation is planned”.

The UK does not currently have a presence in the Black Sea but Defence Secretary Gavin Williamson said Ukraine was a “steadfast partner” and that Britain would continue to carry out joint training programmes and military exercises.

Four days before the Ukraine naval vessel incident, Mr Williamson announced HMS Echo would deploy to the Black Sea in 2019, and in January and February personnel from all the UK’s armed forces would engage in military training in Ukraine.

More than 9,500 Ukrainian armed forces personnel have been trained by British troops since the start of 2015.