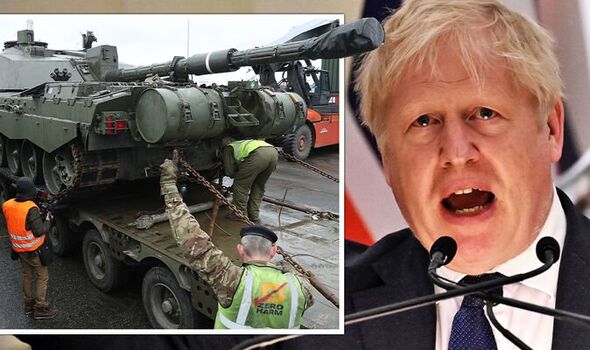 Lieutenant Colonel Azatbek Omurbekov has been sanctioned by the UK after committing “heinous” acts in Ukraine, as Liz Truss announced a crackdown on Vladimir Putin’s generals. Lieutenant Omurbekov – the commanding officer in the Russian army involved in the Bucha massacre in which 500 civilians are thought to have been killed in the Kyiv suburb – was named among 26 new sanctions announced by the Government. Ms Truss’ new moves target those “commanding the front line” with “Ukrainian blood on their hands”, according to the Foreign Office. Meanwhile, the Pentagon has announced it will send more than 120 top-secret “ghost drones” to support Ukrainian forces. Little is known about the Phoenix Ghost Tactical Unmanned Aerial Systems, including their range and capabilities, but Pentagon spokesman John Kirby revealed it was primarily designed for striking targets.

As Russian forces continue in their eastern offensive, they are “still suffering from losses sustained earlier in the conflict”, the UK’s Ministry of Defence has said.

In its latest update, the ministry said that in order to “try and reconstitute their depleted forces” the Kremlin have “resorted to transiting inoperable equipment back to Russia for repair”.

Good morning from London. I’m Tara Fair, I’ll be bringing you all the latest developments on the war between Ukraine and Russia. Please feel free to get in touch with me as I work if you have a story or tips to share! Your thoughts are always welcome.