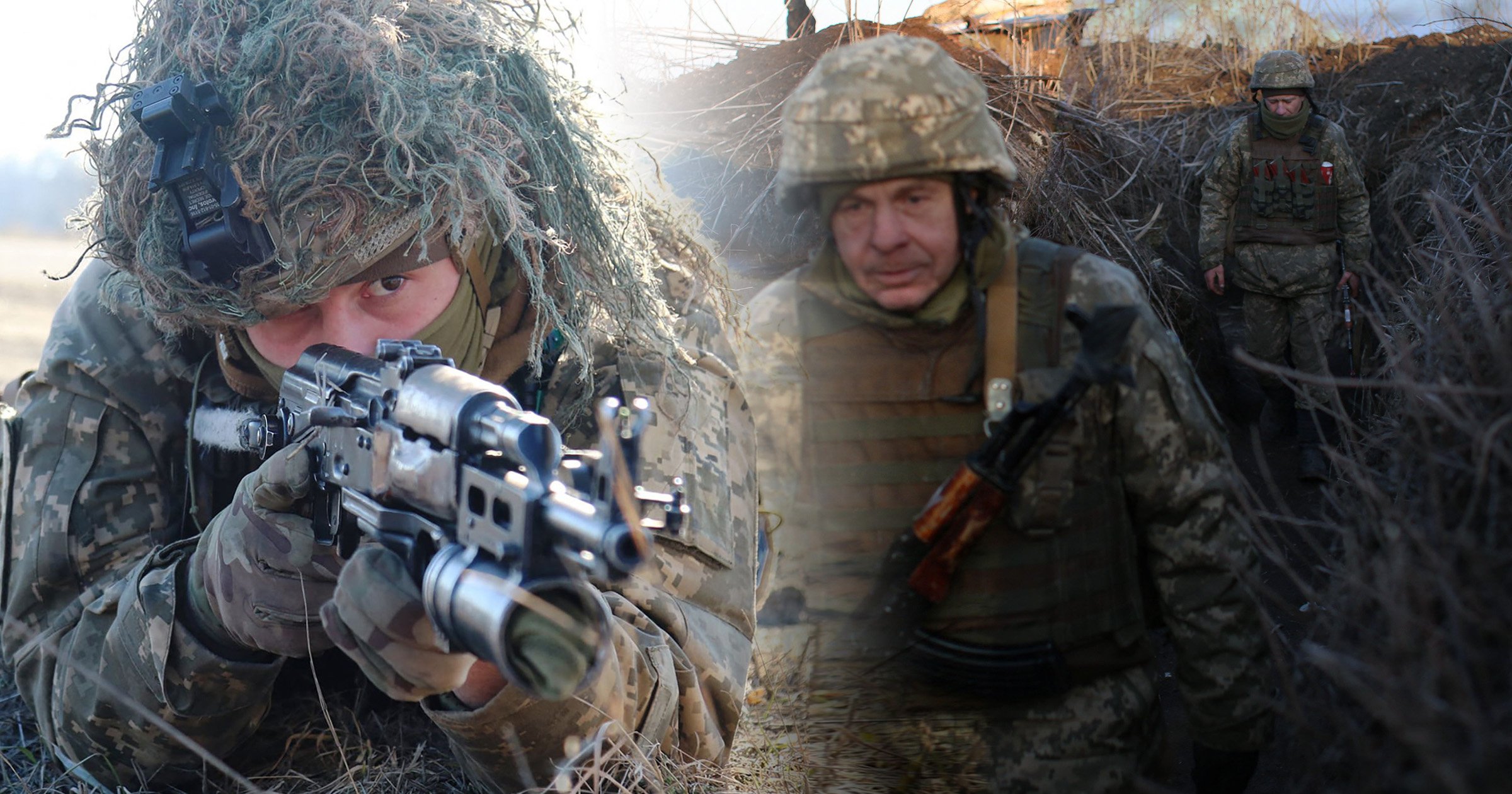 The Ukrainian military said one soldier has been killed and six wounded in shelling by pro-Russian separatists.

Ceasefire violations remain at a high level in the east of the country following a day of dramatic developments in the conflict.

Ukraine said it had recorded 96 incidents of shelling in the past 24 hours, compared with 84 a day earlier.

The spike in violence comes after Russian President Vladmir Putin formally recognised two separatist areas of Ukraine as independent states and sent his troops in.

The west now believe a Russian invasion has begun and Ukraine faces the threat of a full-scale war.

A number of countries hit Russia with sanctions yesterday.

But Boris Johnson faced criticism from all sides for not going far enough when he announced his ‘barrage’ of measures.

The government has already said it is considering a number of further measures to stop Vladimir Putin’s incursion into Ukraine.

Foreign Secretary Liz Truss said she had held a call with G7 allies last night to ‘agree the next package’ of sanctions.

Writing in The Times, she said Britain will ‘use every lever at our disposal to stop (Putin) in his tracks’, adding ‘nothing is off the table’.

She said the UK was considering sanctions for members of the Russian Duma and Federation Council, and extending Crimea’s territorial sanctions to the separatist controlled territories in the Donbas.

‘No UK individual or business will be able to deal with these territories until they are returned to Ukraine,’ she said.

Ms Truss also said the UK has a ‘long list’ of people who have been complicit in the actions of the Russian leadership, who the government is willing to ‘(turn) up the heat’ on unless Russia pulls back its forces.

Beyond financial sanctions, Ms Truss added the UK was willing to introduce ‘measures to limit Russia’s ability to trade and prohibit a range of high-tech exports, degrading the development of its military industrial base for years’.

She said: ‘In time, even those close to President Putin will come to see his decisions this week as a self-inflicted wound.’