Petro Andryushchenko said Russian forces had since Thursday been preventing even the smallest amount of humanitarian supplies reaching trapped residents, making clear a planned "humanitarian corridor" had not been opened.

Tens of thousands of civilians have been trapped for weeks with scant food, water and other supplies in the city that was once home to 400,000 people but has been devastated by Russian bombardment.

"The city remains closed to entry and very dangerous to exit with personal transport," he said on the Telegram messaging app.

"In addition, since yesterday the occupiers have categorically not allowed any humanitarian aid – even in small quantities – into the city."

A convoy of buses that set out for Mariupol on Thursday did not reach the city, Ukrainian officials said on Thursday evening. 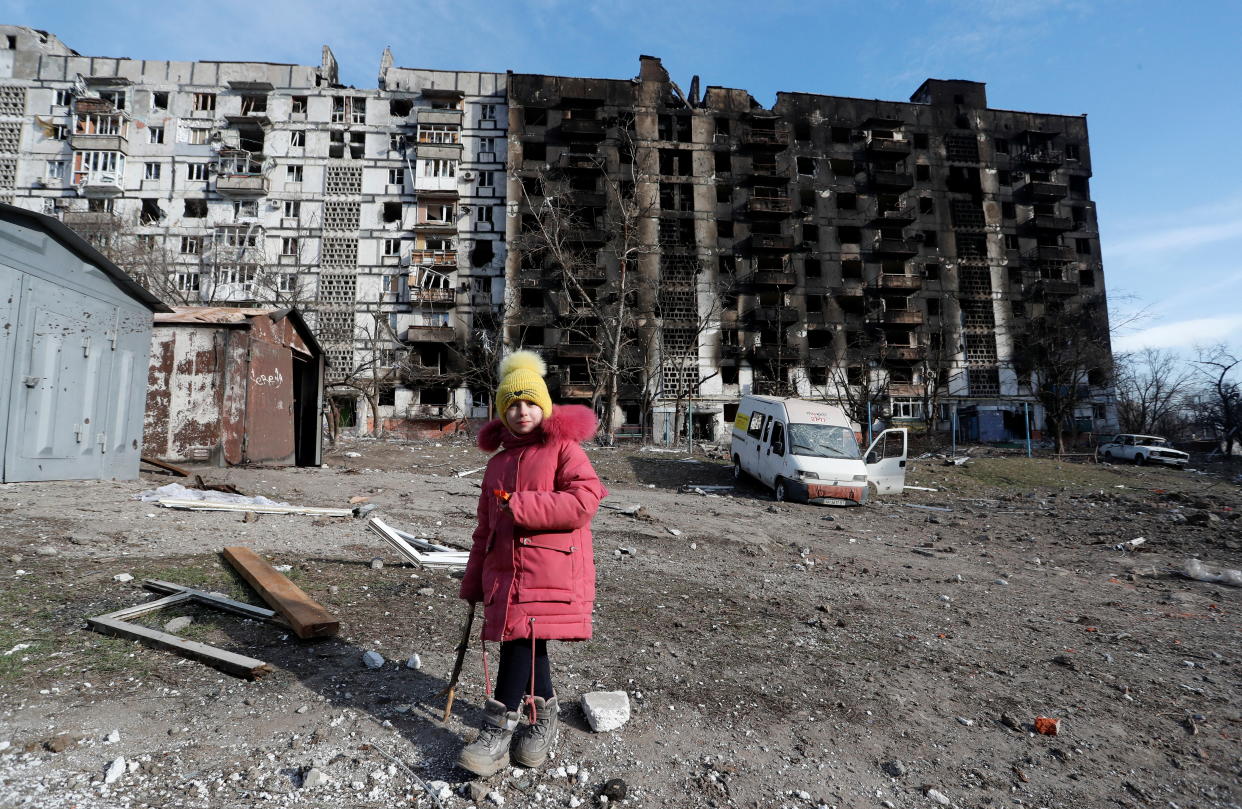 Deputy Prime Minister Iryna Vereshchuk wrote in an online post late on Thursday that new efforts would be made "to push through a humanitarian corridor to Mariupol so as not to leave our people on their own."

In a Facebook post, the general staff said on Thursday Ukrainian forces were still holding Mariupol, a gateway to the Black Sea which links a strategic corridor between Russia-backed separatist forces in eastern Ukraine and the Russian-annexed Crimea peninsula.

The Mariupol mayor's office estimates 5,000 civilians have been killed in the siege of the city. The mayor put the number of civilians in the city earlier this week at up to 170,000.

Repeated attempts to organise safe corridors have failed, with each side blaming the other. Russia denies attacking civilians in its assault on Ukraine that began on Feb. 24.

The governor of the Luhansk region in eastern Ukraine said separately that he hoped five safe corridors would be opened on Friday to towns and cities in his region. 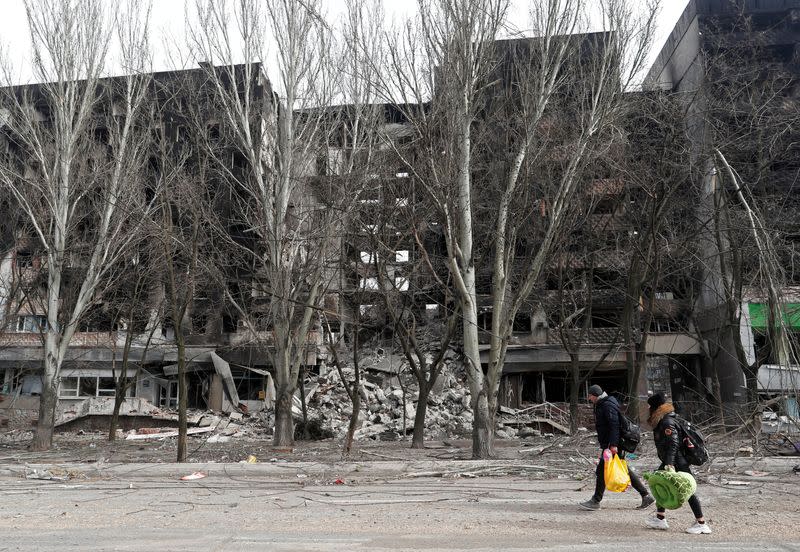 Commenting on Moscow's announcements about a scaling down of military operations around Kyiv, Stoltenberg also said the alliance has yet to be convinced that Russia was negotiating in good faith in peace talks in Istanbul because Moscow's military objective since launching its invasion of Ukraine has not changed.

"According to our intelligence, Russian units are not withdrawing but repositioning. Russia is trying to regroup, resupply and reinforce its offensive in the Donbas region," Stoltenberg told reporters in Brussels.

Moscow says it is now focusing on "liberating" the Donbas region – two southeastern provinces partly controlled by separatists Russia has backed since 2014.

"At the same time, Russia maintains pressure on Kyiv and other cities. So we can expect additional offensive actions, bringing even more suffering."

Russia says it launched a "special military operation" to disarm and "denazify" its neighbour, and that the mission is going to plan.

Stoltenberg said: "We have no real change in the real Russian objective … they continue to pursue a military outcome."

He also said NATO allies would continue to provide weapons to Ukraine for as a long as necessary.