The 17-year-old Ukrainian teenager, who was forced to flee his home in Kyiv, has invented a drone that can detect land mines, a news report has claimed. Igor left his city in February when Russia invaded.

He and his family moved to the countryside and were forced to shelter in a basement when Russia advanced its attacks.

According to the reports, after three weeks of being in the shelter, he decided to continue his hobby of developing a prototype of a drone that could detect unexploded land mines and send their exact coordinates remotely to a user.

He told The Smithsonian: “I was living with eight people. All this time we heard explosions, rockets, planes, and it was really hard to concentrate, to just focus, [and] not to think about the war.”

The teenager worked with the scientists and programmers to hone his Quadcopter Mines Detector as he finished his senior year trying to shelter from the attacks. 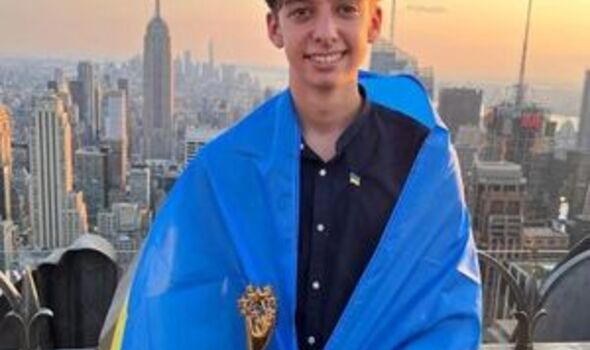 He now has two working prototypes of the device and two Ukrainian patents.

Igor has recently been awarded the Chegg.org Global Student Prize, a $100,000 award at the Clinton Global Initiative in New York City for a student making an impact on society, learning and the lives of their peers.

Honoured to be bestowed with the prestigious award, he said: “The Global Student Prize has “provided me [the] opportunity to show the world my story, to show the world the land mining problem, and to show how it affects people.”

He added that it’s a “good opportunity to…find people who also want to work with me on this device to create it and save lives.”

He plans to use some of the prize money to further develop his drone.

Dan Rosensweig, president and CEO of Chegg says in a statement said “In times of crisis, we need innovation and resilience to help overcome unimaginable adversity and Igor’s commitment to tackling the global land mine problem is truly inspirational.”

According to the reports, the device uses an F5 PRO quadcopter with a metal detector Klymenko designed suspended underneath it as it flies.

A built-in gyroscope detects the effect of wind on the drone.

The mine detector can fly for a duration of 20 to 30 minutes and a distance of up to five miles, though these parameters could change with more expensive equipment.

The Smithsonian reported that in 2020, mines or other explosive remnants of war killed or injured a recorded 7,073 people, and civilians represented about 80 percent of all casualties.

As many as 110 million land mines may be buried in about 60 countries.