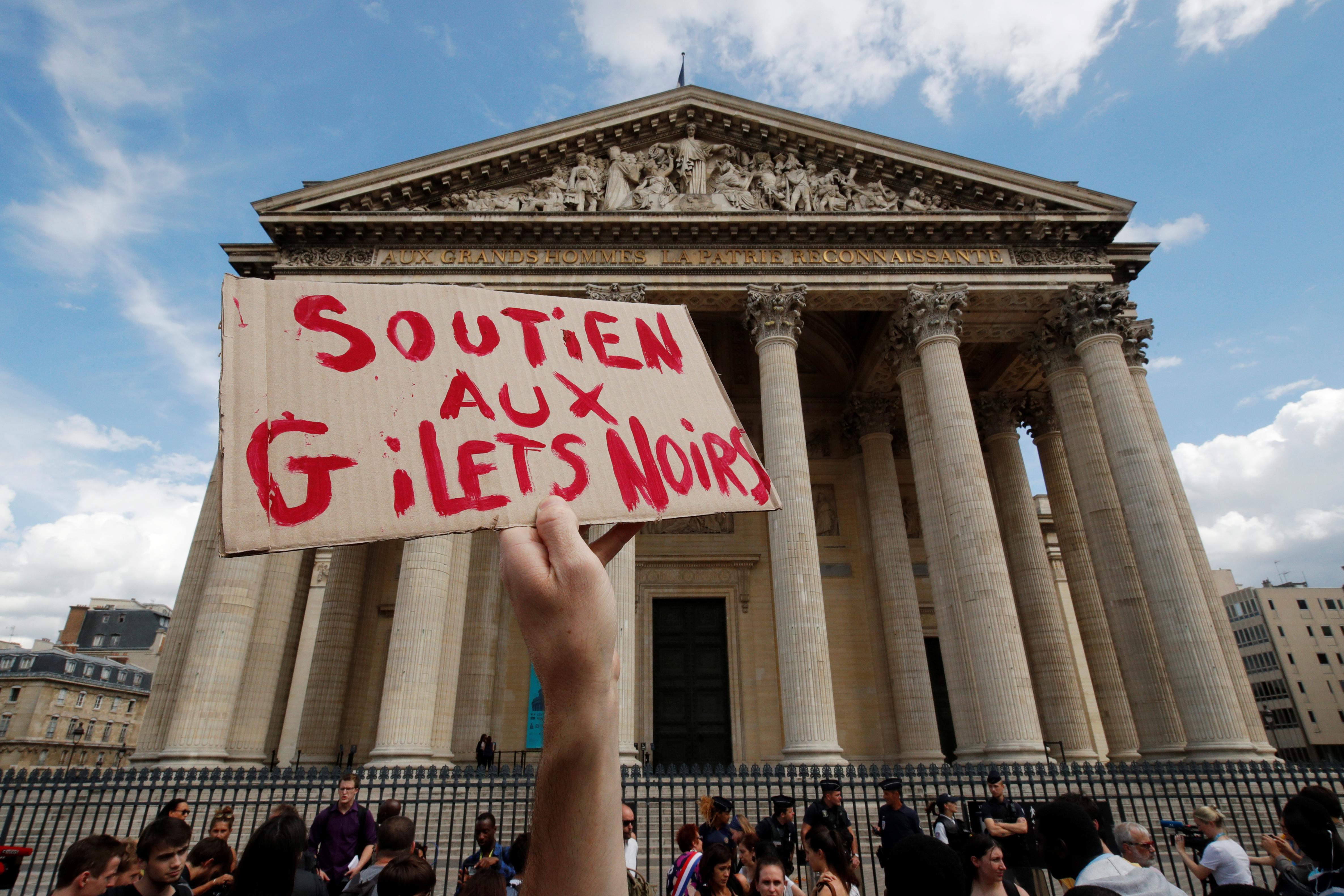 PARIS (Reuters) – Hundreds of undocumented migrants calling themselves “black vests” stormed the Pantheon monument in central Paris on Friday demanding the right to remain in France.

Police on the scene told Reuters an estimated 200 to 300 protesters, mostly from West Africa, managed to get into the Left Bank mausoleum where national heroes including Voltaire and Victor Hugo are buried.

“We will remain here until the last one of us has been given documents,” a leaflet given out by an organizer read.

Young men were chanting “black vests” – a reference to the recent anti-government “yellow vest” protests – while marching around the monument, which is located in the heart of the capital’s Latin Quarter, an area popular with tourists.

About 50 to 60 riot police barricaded access to the site of the protest, which was taking place peacefully, and them out of the building in groups.

Far-right leader Marine Le Pen called the occupation unacceptable. She tweeted: “In France, the only future for any illegal immigrant should be getting kicked out, because that’s the law.”