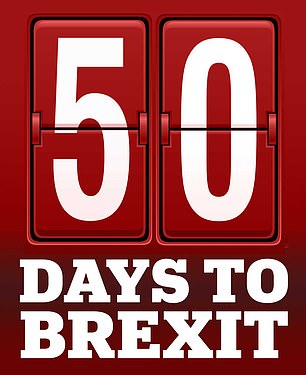 Boris Johnson is set to embark on a diplomatic blitz across Europe in an attempt to agree a fresh compromise on the controversial Brexit backstop.

The Prime Minister yesterday predicted he was ‘going to get a deal’ as he revealed he would visit a string of European capitals armed with new proposals in the coming weeks.

The move came as the EU’s new trade commissioner stoked speculation that Mr Johnson is exploring moves that could leave Northern Ireland closely aligned to the EU while the rest of the UK makes a clean break.

Irishman Phil Hogan said there was ‘movement happening on both sides’ in the Brexit talks after Mr Johnson revealed he was ready to look at an all-Ireland solution to some issues, including agriculture.

The Government’s confidence and supply partners in the DUP are understood to be receptive to an all-Irish agricultural zone, which would allow livestock and agricultural goods to move freely across the border.

But the idea of creating other regulatory differences between Northern Ireland and the rest of the UK has prompted a warning from the DUP, which has vowed to resist any move to impose any variation in trade tariffs. 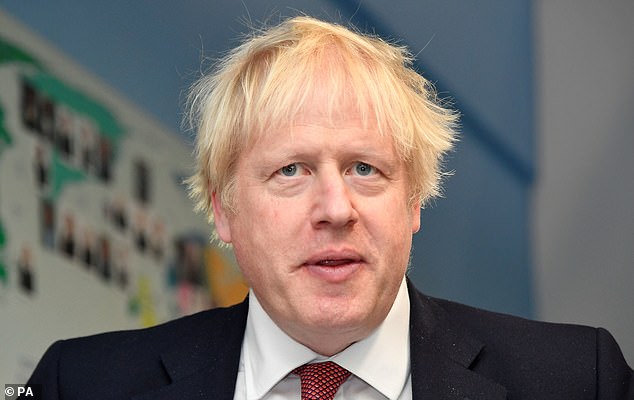 The Prime Minister, pictured during a visit to Pimlico Primary school in London yesterday, has predicted he was ‘going to get a deal’ on the controversial Brexit backstop as he revealed he would visit a string of European capitals armed with new proposals in the coming weeks 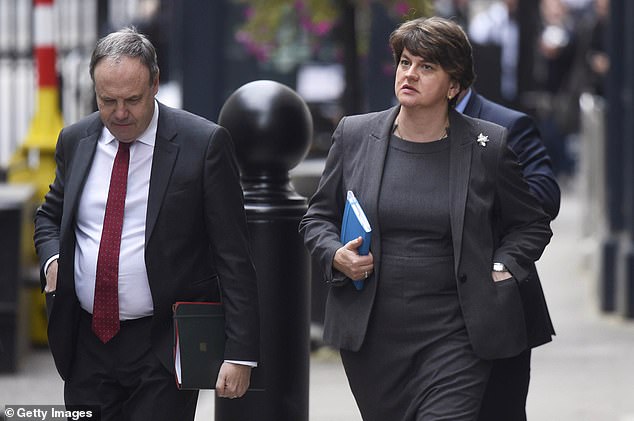 The DUP’s chief whip Sir Jeffrey Donaldson said any deal which created a trade border down the Irish Sea was a ‘non-runner’ and the idea of a Northern Ireland-only backstop would undermine the Good Friday Agreement.

Mr Donaldson added: ‘The solution to avoiding a hard border on the island of Ireland is not to create a second border in the Irish Sea because I think that would be deeply destabilising.’ 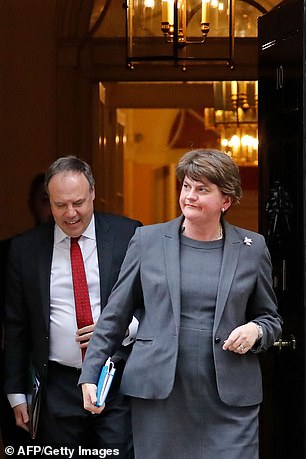 DUP leader Ms Foster, pictured leaving No 10 with Mr Dodds, said any deal that did not have the support of both communities in the Province was ‘doomed to failure’

The PM’s official spokesman denied that Mr Johnson was looking to return to the EU’s original proposal for a Northern Ireland specific backstop, which was rejected by Theresa May.

The backstop is designed to prevent the re-emergence of a hard border across Ireland. Under Mrs May’s plan, it would have left the whole of the UK tied to the customs union until ‘alternative arrangements’ could be identified.

DUP leader Arlene Foster, who held talks with Mr Johnson in Number 10, last night said he had ‘confirmed his rejection of a Northern Ireland-only backstop’.

She warned that any deal that did not have the support of both communities in the Province was ‘doomed to failure’.

But No 10 is still pushing for ‘alternative arrangements’ to deal with border issues on trade in goods.

It also wants a mechanism that would give Northern Ireland’s power-sharing assembly in Stormont a say on the process. In an upbeat assessment, the PM said: ‘We are working very hard to get a deal – I think we will get a deal.’

Speaking to children during a visit to promote the expansion of the free schools network, he said: ‘I am going to go to Brussels and back to some other European capitals fairly soon to talk to them. 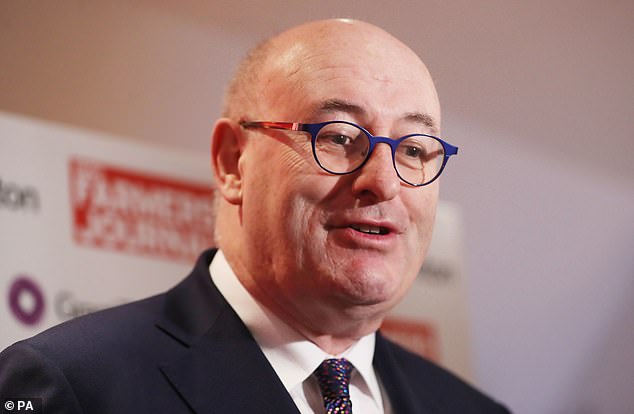 The EU’s new trade commissioner Phil Hogan, pictured, has stoked speculation Mr Johnson is exploring moves that could leave Northern Ireland closely aligned to the EU while the rest of the UK makes a clean break

‘I think there is a way of getting a deal, but it will take a lot of hard work.’ Mr Johnson dismissed opposition claims that his decision to suspend Parliament for five weeks was anti-democratic, telling reporters: ‘Donnez-moi un break’ – cod-French for ‘give me a break’.

Mr Hogan claimed the ‘penny is finally dropping’, with Mr Johnson by suggesting Downing Street is softening its demands that the border backstop be ‘abolished’.

He added: ‘Johnson has made a proposal… talking about an all-Ireland food zone. That is certainly a clear indication of divergence between Northern Ireland and the Republic of Ireland, the EU and the rest of the UK… If we can build on that, we certainly might get closer to one another in terms of a possible outcome.’

New EU Commission president Ursula von der Leyen yesterday warned Mr Johnson faces the humiliation of not only having to extend Brexit, but also of sending a commissioner to Brussels in the event Britain was still a member after October 31.

Government sources said that despite Labour’s decision to reject a snap election, Mr Johnson was preparing for a likely election in the coming weeks, in which domestic policies would play a major part.

Mr Johnson is considering fighting the election under the slogan ‘Trust the People’ to underline his commitment to finally deliver on the verdict of the 2016 Brexit referendum.

At a meeting of the Cabinet yesterday, Mr Johnson put his ministers on an election footing, saying the Government needed to demonstrate a ‘relentless’ focus on domestic priorities such as crime and health.

He also declared himself ‘the most liberal Conservative Prime Minister for decades’, as he hit back at claims he had dragged the party to the Right.