UP TO sixty bodies of coronavirus victims have reportedly been found in a U-Haul truck parked outside a funeral home.

The NYPD were called to the Brooklyn funeral home on Wednesday after neighbors complained of a foul smell they said had persisted for weeks. 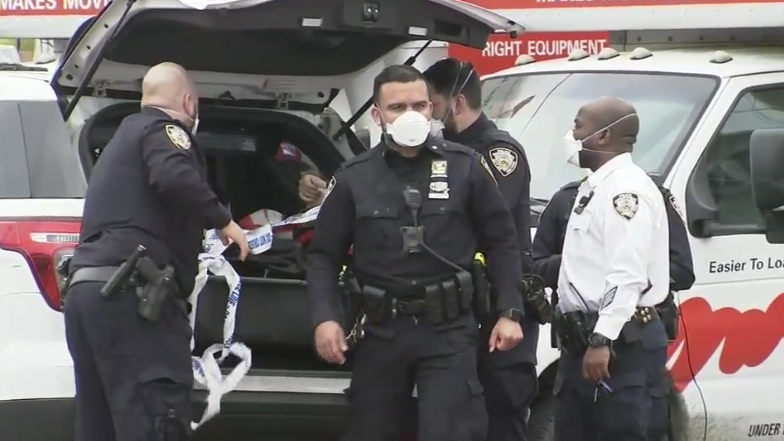 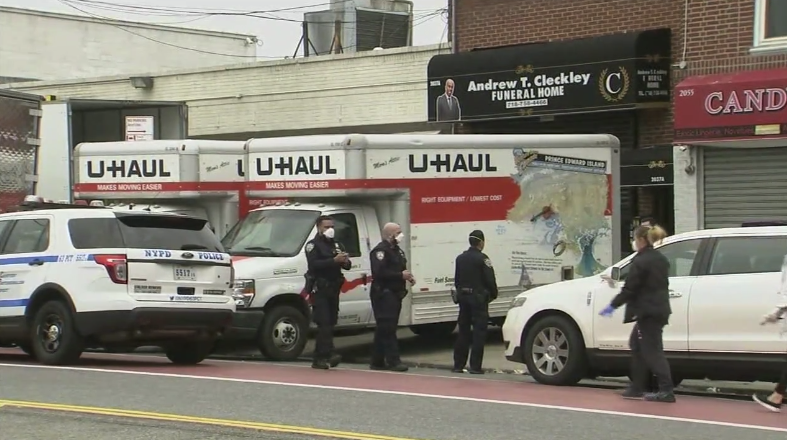 Police sources told PIX11 anywhere from 30 to 60 bodies were being stored in two U-Haul trucks outside the Andrew Cleckley Funeral Home in Brooklyn.

Police said it appears the bodies were not refrigerated, but that status is still under investigation.

Neighbors claimed bodies were stacked one on top of the other inside of the trucks.

Hazmat and Department of Health investigators were on the scene trying to determine if the nursing home had properly stored the bodies in compliance with state guidelines.

A spokesperson from the New York State Health Department said they'd been notified of the "storage issues."

She asserted that "funeral directors are required to store decedents awaiting burial or other final disposition in appropriate conditions and to follow their routine infection prevention and control precautions."

The funeral director told Eyewitness News they had run out of space inside for bodies, though he declined to say how many are inside.

He insisted no bodies were being kept in U-Haul trucks outside, adding they were filled with furniture that was displaced by the bodies.

He said all bodies are either inside the morgue or inside a refrigerated truck.

The investigation is ongoing. 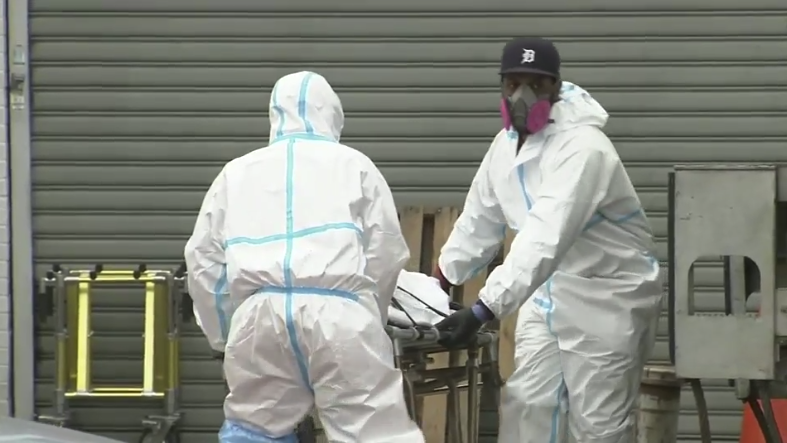 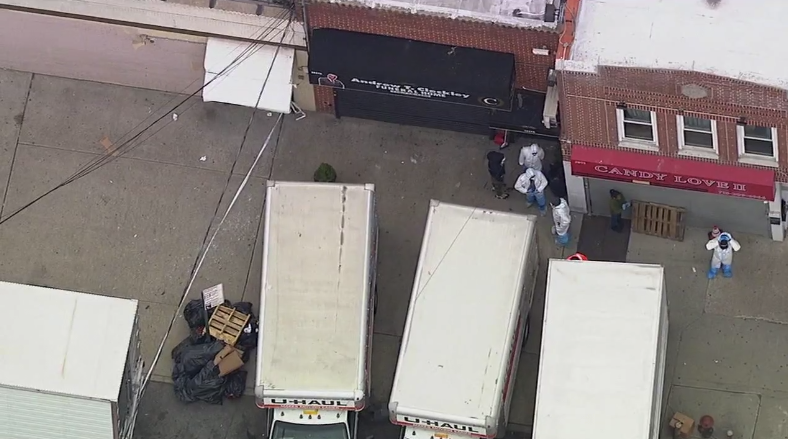 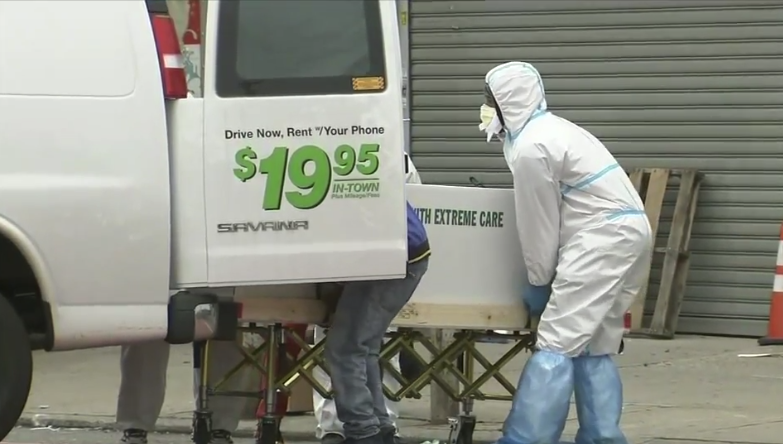 Multiple trucks have been parked outside as the funeral home tries to cope with the unprecedented demand amid the coronavirus pandemic.

Undertakers have been overwhelmed across the US, where there have been almost 61,000 deaths, with hospitals also restoring to using refrigerated trucks to store the dead.

The reports comes following it was revealed some 10,000 unclaimed bodies will be buried this year on New York’s so-called Island of the Dead.

It is ten times the usual number taken to Hart Island, the grim front line in America’s war against coronavirus.

The shocking news comes as:

Melinda Hunt, president of The Hart Island Project, which catalogues each known victim buried there, said: “I’ve never seen anything like this — it’s a massacre.”

Bodies not claimed by a private funeral director within 15 days are eligible to be buried on the island.

A name or “unknown”, along with a grave number, is written in permanent marker on coffin lids.

America's death tally from the coronavirus will soon be deadlier than any flu season since 1967, as an average of 2,000 people died a day in April.

The country's worst flu season in recent memory was in 2017 to 2018 season, when more than 61,000 people died, according to the US Centers for Disease Control and Prevention. 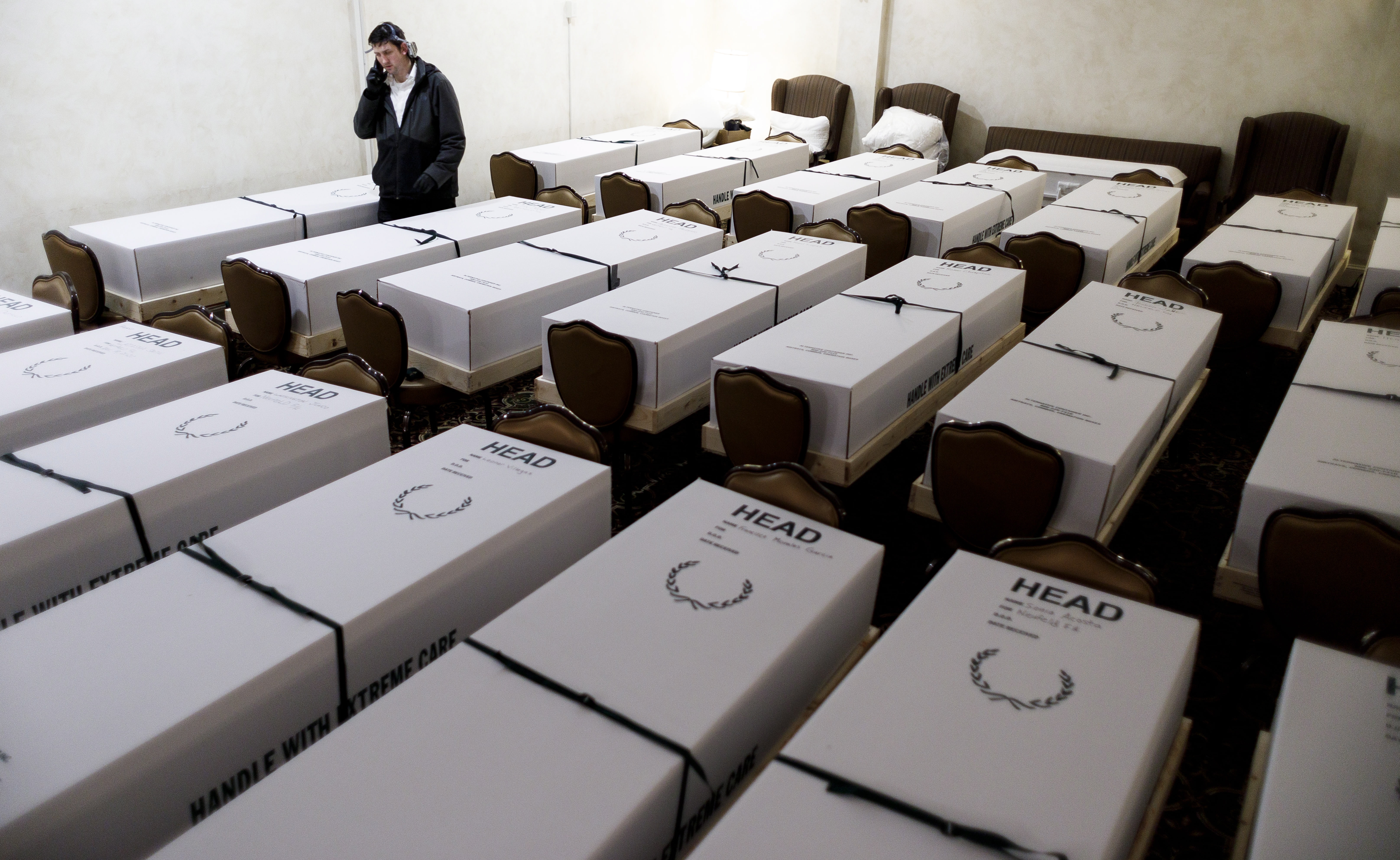