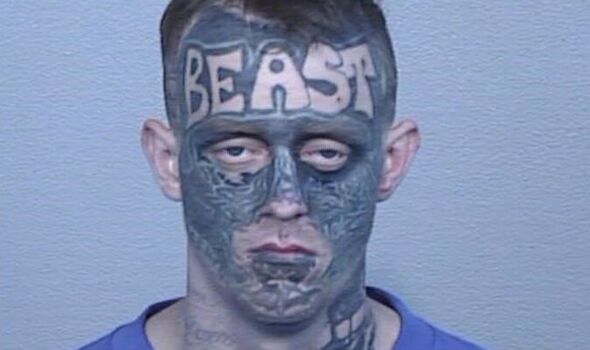 Australian police are hunting down a man with the word “BEAST” tattooed boldly across his forehead.

Jaimes Sutton’s entire face is covered in tattoos. He is wanted by police on an outstanding warrant after he failed to appear in court in Deniliquin, an Australian town located west of Canberra. The suspect is known to frequent the area.

The public is being urged to come forward with any information they may have on his whereabouts.

Their search has been somewhat aided by Mr Sutton’s picture going viral on social media, with many pointing out how his distinctive tattoos may prove detrimental to his efforts to remain incognito.

Murray River Police issued an alert asking the public for assistance in tracking him down. Mr Sutton was out on bail, having been charged with assault and property damage.

Pictures shared on the man’s social media show him making gang signs with the words “game over” tattooed across his fingers. Another photo shows him wearing a bandanna over his face while smoking a cigarette in his car.

Responding to Mr Sutton’s picture, @Jimara73 remarked: “Surely he will blend in with society easy, making it [sic] hard to find!”

@DenisJohn71 said: “If he just combs his hair a different way he’ll be right”, while @lionheartleojai added: “Doesn’t he have any distinguishing characteristics that can assist the police to find him?” 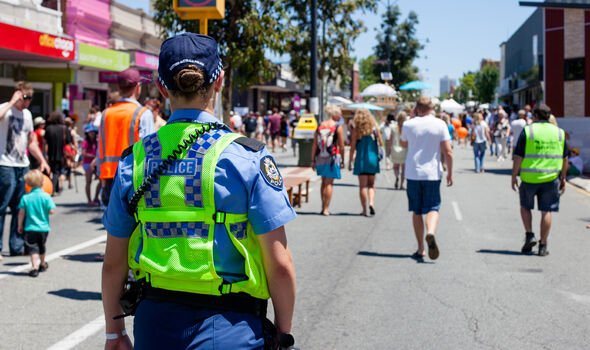 @Kristov086 was less than approving of the accused man’s style, describing his look as “when your toddler gets hold of a permanent marker.”

Meanwhile @spartytalkback added: “Imagine how good the BEAST would look when it gets filled in with sunburn.”