NSW Health advises the spinach was sold through Costco outlets and carried an expiry date of December 16. 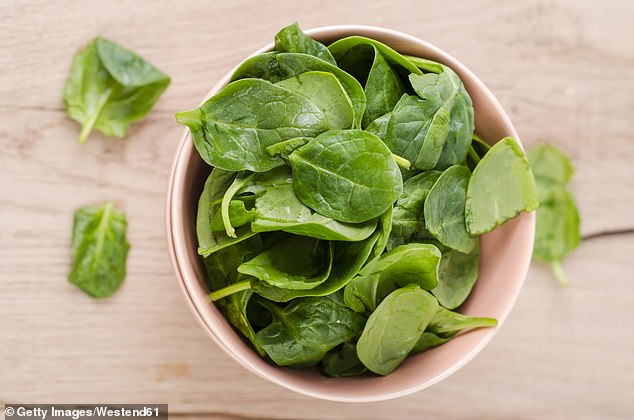 NSW Health advises the contaminated spinach was sold through Costco outlets and carried an expiry date of December 16. Pictured is a stock photo of a bowl of spinach

The Poisons Information Centre is available 24/7 on 13 11 26 and can provide more information about poisons.

It says the product is not safe to consume and people who still have it stored at home should throw it out.

Riviera Farms says it has been in contact with state and federal food regulators after immediately advising customers to withdraw a spinach product from shelves following reports of a contamination.

‘Early reports are that our one-kilogram plastic tubs of spinach with a best before date of 16/12/2022 may be contaminated with a weed which can have health consequences if consumed,’ a spokesman said.

‘As soon as we were advised of the possible weed contamination from one of our customers, we immediately advised them to remove our impacted spinach from their shelves and contacted state health and federal food authorities.’

The company says there is no suggestion any other products have been impacted.

‘Riviera Farms has been in the business of providing fresh food since the 1880s and we are saddened to confirm that we have likely had our first ever significant contamination incident,’ it said.

Customers concerned about exposure to the spinach should call the Poisons Information Centre while anyone who experiences unusual and severe symptoms should seek immediate medical attention.