Expectations of Kim-Trump face-to-face meeting grow as US officials are at the demilitarised zone for discussions.

An American delegation was engaged in talks on Monday with North Korean officials at the demilitarised zone, raising hopes that a planned meeting between President Donald Trump and North Korean leader Kim Jong-un could be back on.

Both the State Department and South Korea’s foreign ministry said officials were in discussions at the Korean village of Panmunjom, which straddles the border inside the DMZ.

Trump withdrew from a proposed June 12 summit in Singapore with Kim last Thursday, but announced the next day it could get back on track.

“Our United States team has arrived in North Korea to make arrangements for the summit between Kim Jong-un and myself,” Trump tweeted on Sunday. “I truly believe North Korea has brilliant potential and will be a great economic and financial Nation one day. Kim Jong-un agrees with me on this. It will happen!”

A statement from North Korea’s state news agency KCNA on Sunday also said Kim expressed “his fixed will” on the possibility of meeting Trump as previously planned.

Trump rattled the region on Thursday by cancelling his June 12 meeting with Kim in Singapore citing “open hostility” from Pyongyang.

But within 24 hours he reversed course, saying it could still go ahead after productive talks were held with North Korean officials.

While maintaining that Kim is committed to denuclearisation, South Korean President Moon Jae-in acknowledged Pyongyang and Washington may have differing expectations of what that means, and he urged both sides to hold working-level talks to resolve their differences.

“Even though they share the same resolve, there need to be discussions regarding the roadmap for how to make it happen, and that process could be tough,” he said, declining to define “complete denuclearisation”.

The Trump administration has demanded North Korea completely and irreversibly shutter its nuclear weapons programme. Kim and Trump’s initial decision to meet followed months of war threats and insults between the leaders over Pyongyang’s nuclear arsenal.

American officials are sceptical that Kim will ever fully abandon his nuclear weapons, and Moon said North Korea is not yet convinced it can trust security guarantees from the US.

A senior South Korean official later said the two Koreas are discussing a possible non-aggression pledge and the start of peace treaty talks as a way of addressing Pyongyang’s security concerns ahead of US-North Korean negotiations.

Surprise Moon-Kim talks at the Panmunjom border village on Saturday, which South Korean officials said lasted two hours, came after their April 27 meeting, the first inter-Korean summit in more than a decade that was also held at the same venue. At that meeting, they declared they would work towards a nuclear-free Korean Peninsula and a formal end to the 1950-53 Korean War.

Video and a photo released by South Korea’s presidential Blue House on Saturday showed Kim hugging Moon and kissing him on the cheek three times as he saw Moon off after their meeting at Tongilgak, the North’s building in the truce village, which lies in the DMZ – the 4km wide buffer that runs along the heavily armed military border.

Andrei Lankov, from Kookmin University in Seoul, said North Korea’s fear of what might happen next likely pushed Pyongyang back on track for the summit.

“Donald Trump is seen as a person who can start a war. And over the last say 48 hours – maybe more – they fear that Donald Trump’s administration is going to cancel the summit and that this will lead to a new escalation of tensions and probably war. This fear has been decisive,” said Lankov.

“I think it’s the North Koreans who have driven this engagement. They’ve consolidated their strategic nuclear deterrent, they’ve decided that they can push through with negotiations – not only with the United States but also with South Korea and re-engage China. They have a clear pathway forward,” he said. 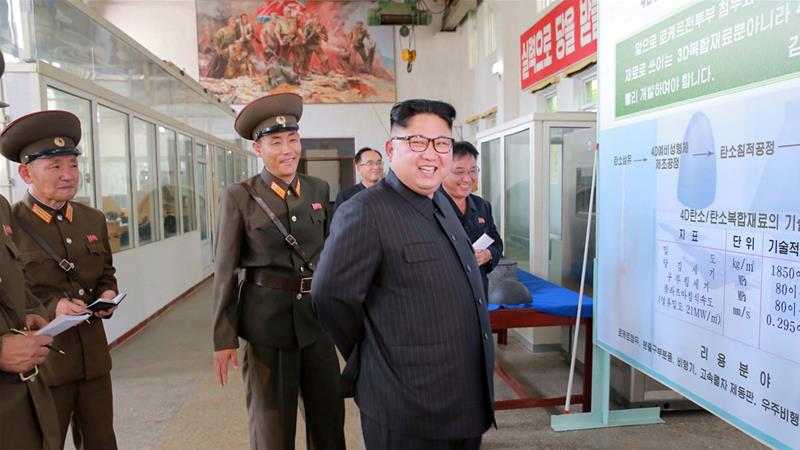 Is North Korea changing its priorities?