America records its biggest daily COVID death toll since May with 2,473 fatalities – and a record 99,000 people are hospitalized

The US has reported its biggest daily Covid-19 death toll since May as a record number of people are currently hospitalized with the virus.

The figures published by the Covid Tracking Project showed 2,473 deaths and 99,000 hospitalizations in their latest update.

There were also 1.3million tests carried out across the country with 177,000 cases, they announced.

The previous highest daily death toll was May 7 with 2,769 fatalities. 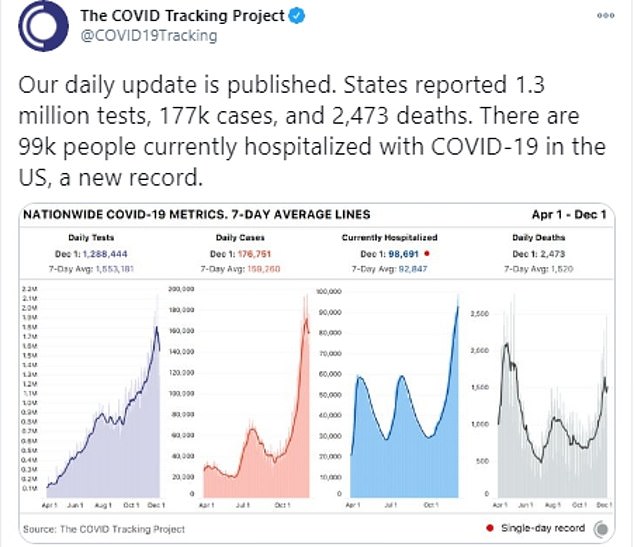 The figures have been affected by the delay in reporting due to Thanksgiving.

The Covid Tracking Project clarified: ‘A handful of states reported data for more than one day today, a result of data disruptions caused by the Thanksgiving holiday.

‘On the other hand, CO, NJ, TX, WA, and WY only published partial updates today.’

It comes as a vaccine draws nearer, with Britain giving the go ahead on Wednesday for a mass rollout.

But it has left many Americans wondering why they must wait at least a week for FDA approval for US firm Pfizer’s coronavirus jab.

Regulators are not due to meet until December 10 and are coming under fire for not moving faster in approving the jabs. 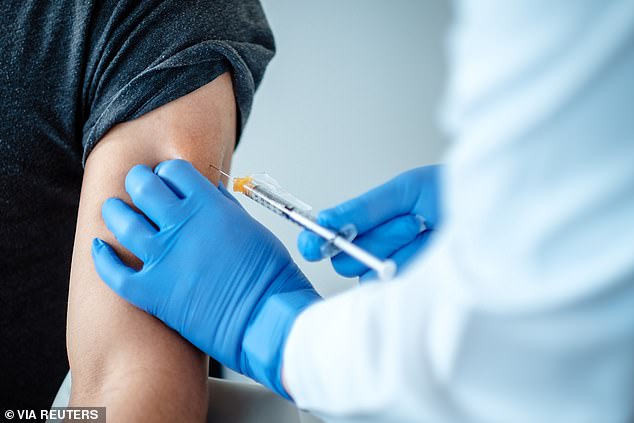 HHS Secretary Alex Azar and White House Chief of Staff Mark Meadows grilled Commissioner Stephen Hahn and other top FDA officials in meetings this week on their decisions to require more rigorous review of initial data from the first vaccine candidates questioning why the agency won’t authorize a vaccine until after December 10 at the earliest.

Last month Pfizer reported that its shot was more than 90 percent effective, and  Moderna announced similarly impressive findings for its jab.

Multiple Trump appointees and even some career civil servants have argued that every day of delay could make a difference for the most vulnerable populations in a life-threatening pandemic. 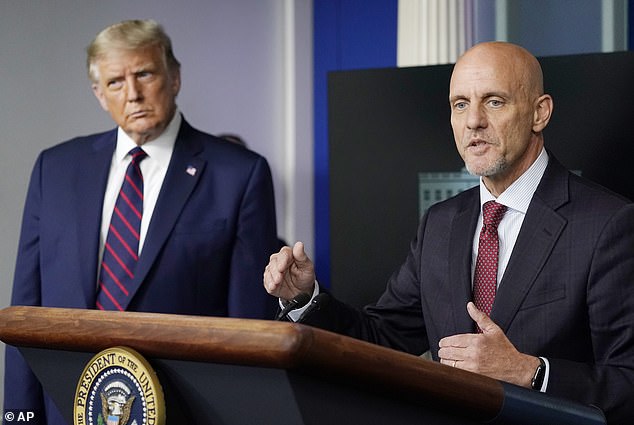 Dr Stephen Hahn, the commissioner of the FDA, was summoned to the White House on Tuesday to explain why it was taking so long for vaccines to be approved

White House officials are known to be angry as having the West’s first authorized vaccine was as a key element of Trump’s legacy.

“It’s crazy to imagine the European Union or U.K. may approve a vaccine developed in the United States before us though, right?” said a senior official involved in the process.

Many Americans have complained that another country has approved a US-produced drug before them.

Moderna, another US company, has also developed an effective vaccine which is awaiting approval.

It recently said it would apply to the FDA for emergency approval and injections could be given out by December 21.

Dr Stephen Hahn, the commissioner of the FDA, was summoned to the White House on Tuesday to explain why it was taking so long for vaccines to be approved.

The FDA’s approval process is considered more stringent than Britain’s because it analyzes the company’s raw data for the testing.

British regulators gave the green light to start mass vaccination with the Pfizer-BioNTech doses which had been produced by a US firm.

The government used emergency powers to rush through the vaccine after ordering 40million doses, and will be the first country to start the long-awaited vaccination process.

British regulators, like EU regulators, rely more on the drug companies’ own analysis of their data but can verify the accuracy of these reports.

Dr Hahn told ABC News: ‘FDA is one of the few regulatory agencies in the world that actually looks at the raw data. We are going to do our own analysis.’

Speculation has grown that Trump would intervene and fire Dr Hahn if the process didn’t move quicker.

On Tuesday, experts voted 13 to 1 to include healthcare workers and care home residents in the first group to receive vaccinations.

Their decision will only take the form of guidance, with state governors deciding how the vaccines will be distributed and allocated.