A FAIRYTALE Venetian-style palace with sprawling gardens has gone on the market – and it's just outside the M25.

But those looking to relocate will need deep pockets – because the stunning estate is priced at a whopping £4million. 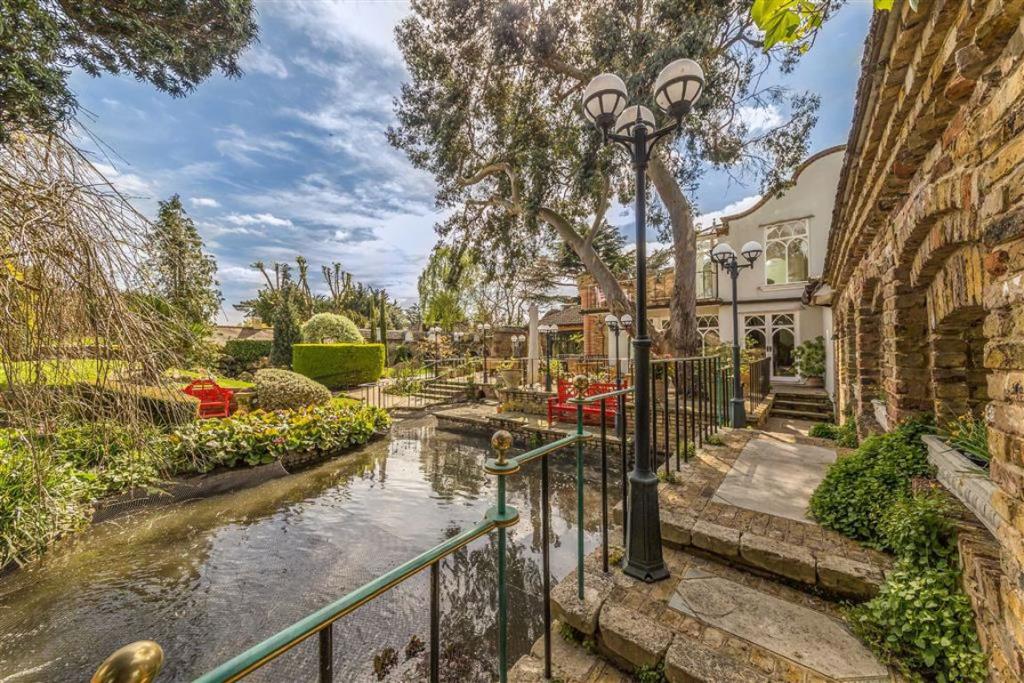 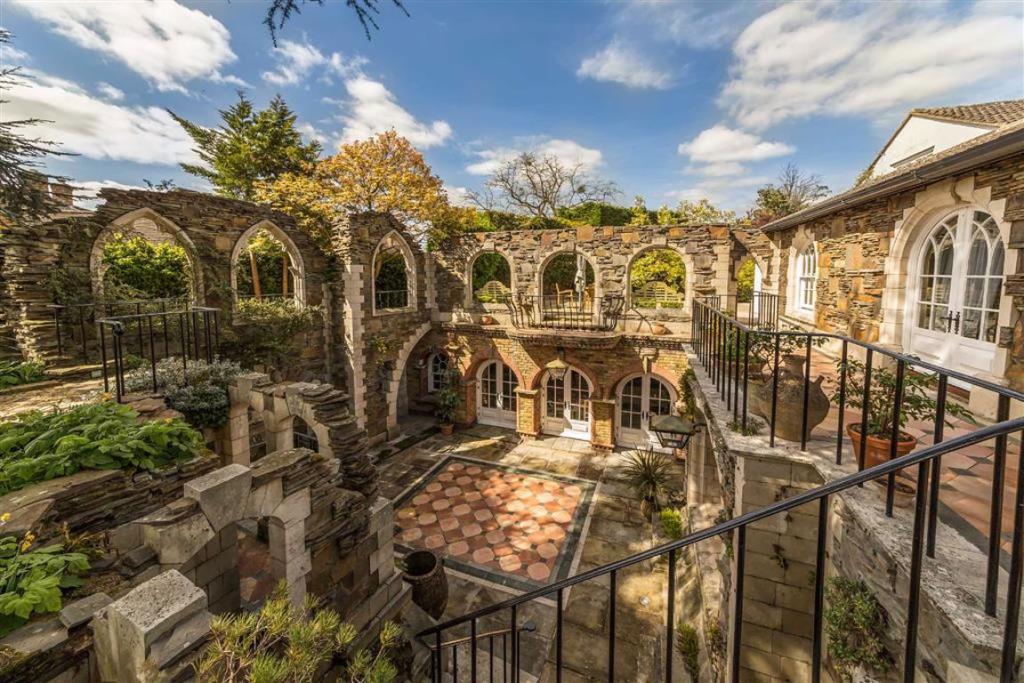 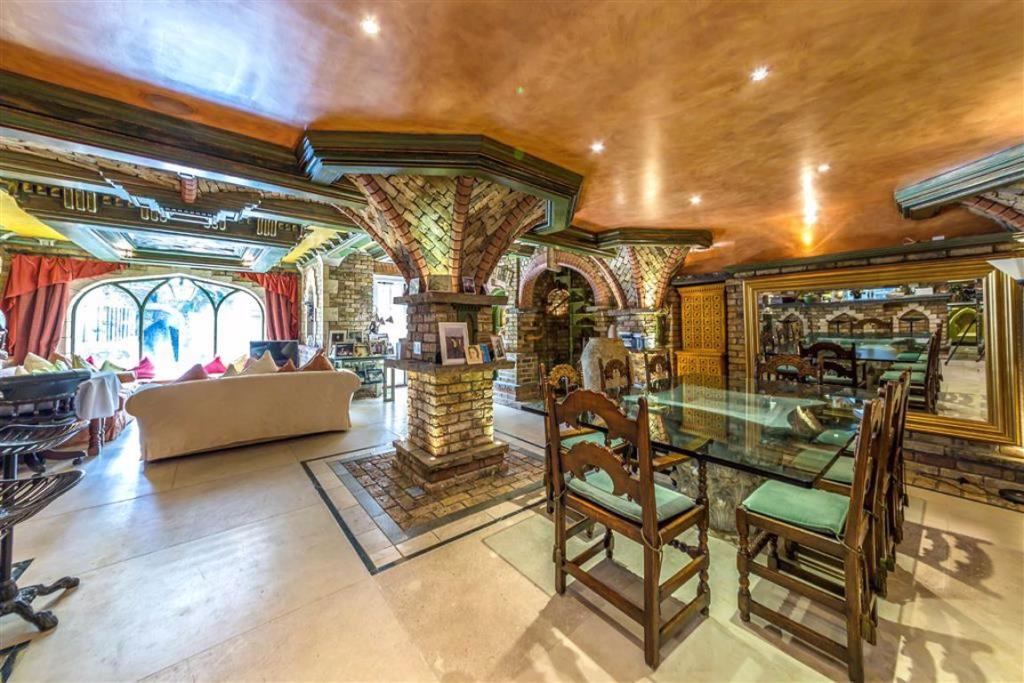 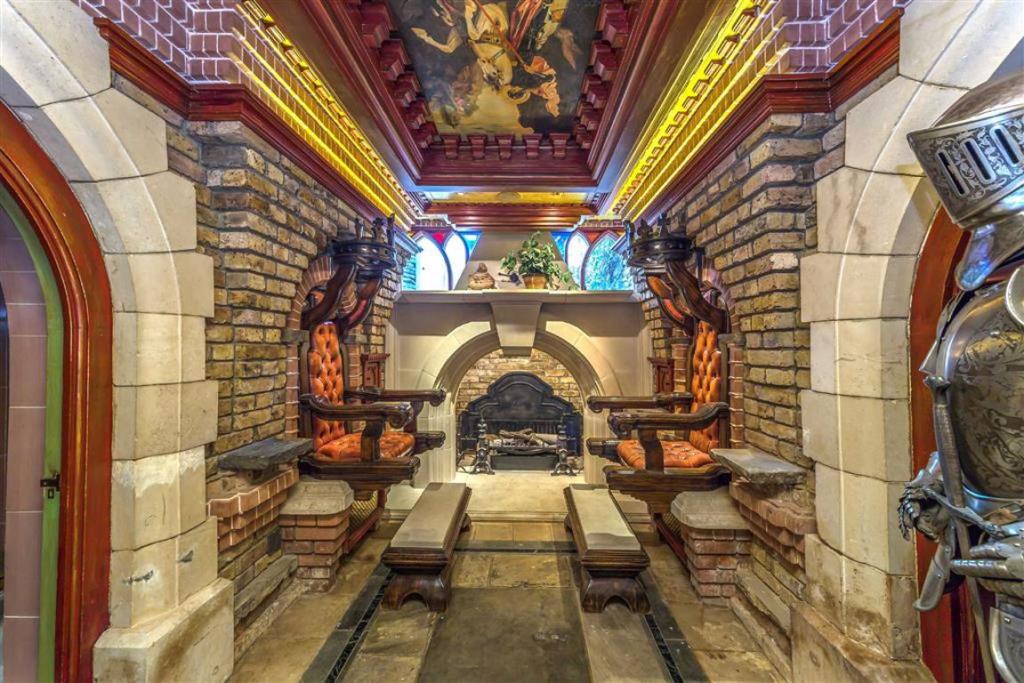 The property looks straight out of one of the world's most romantic cities, but it's actually in the leafy Berkshire village of Wraysbury.

And the seven-bed residence is like nothing else in the neighbourhood.

That's because it's the result of a 30-year labour of love by the current owner.

The dream home even comes with 'his and hers' thrones.

Drawing inspiration from Italian Renaissance architecture, the home’s centrepiece is the Venice lounge.

Built with historic catacombs in mind, the main living area features dramatic paintings and murals, as well as a vast stone fireplace.

This main space also has access to a sunken garden.

And the property even features a recreation of the ruins of an ancient abbey.

Rightmove says: "The ruins are a modern addition – in fact they were built less than 50 years ago.

"This really is one of the most wonderfully quirky homes that we’ve ever listed."

The ruins – which are inspired by Tintern Abbey in Wales, a gothic masterpiece founded in 1131 – aren't the only surprise in the garden.

Pathways will lead the lucky new owner to hidden features including a waterfall, a man-made stream, carp pools, and a folly. 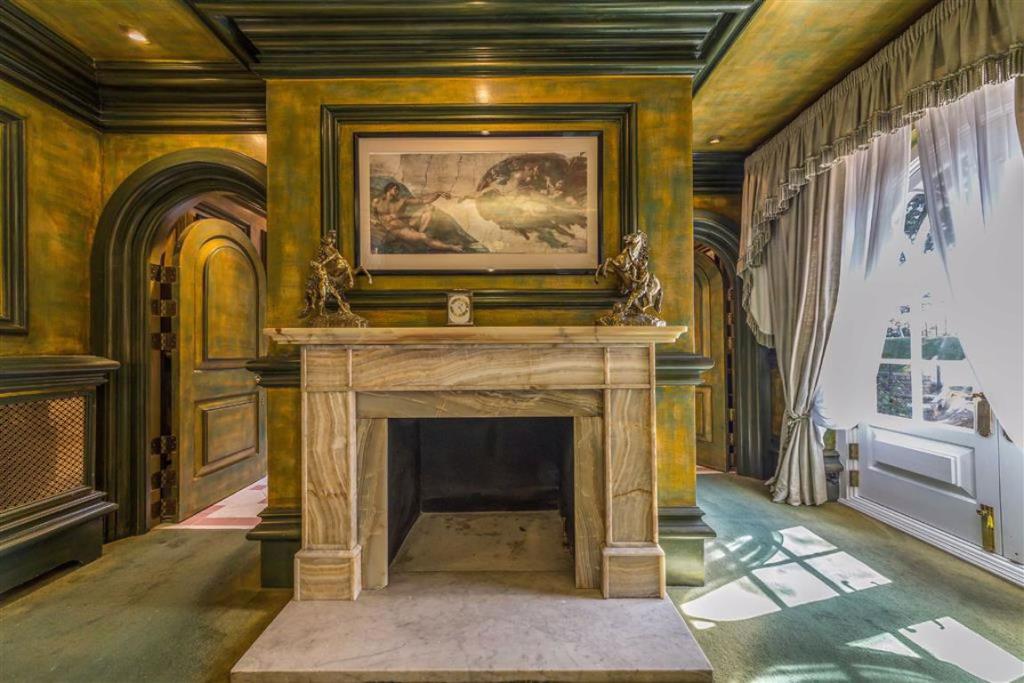 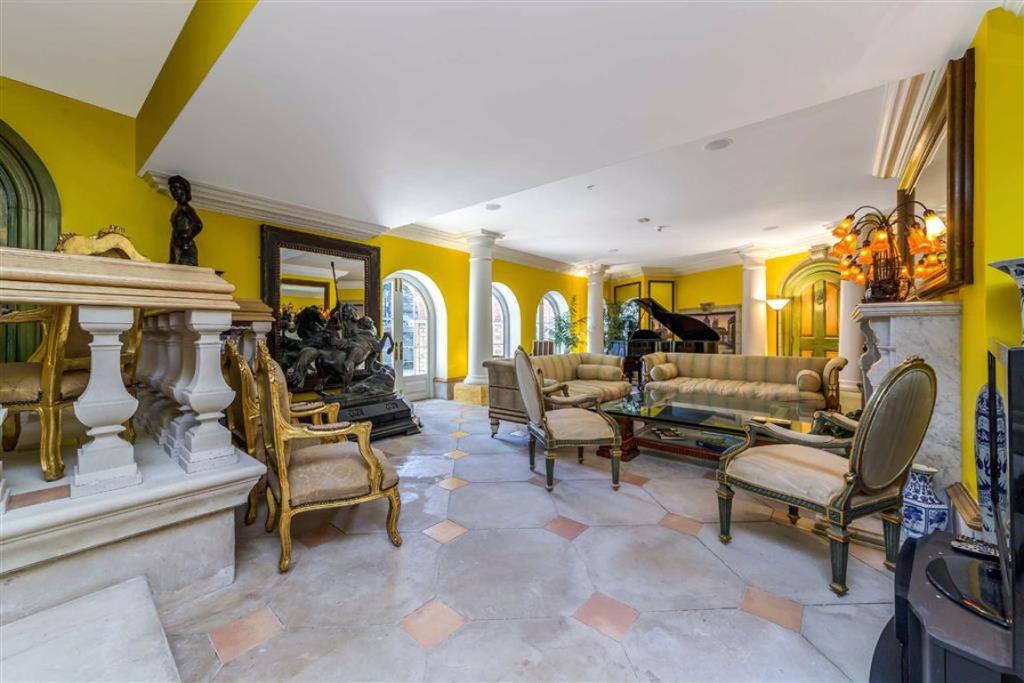 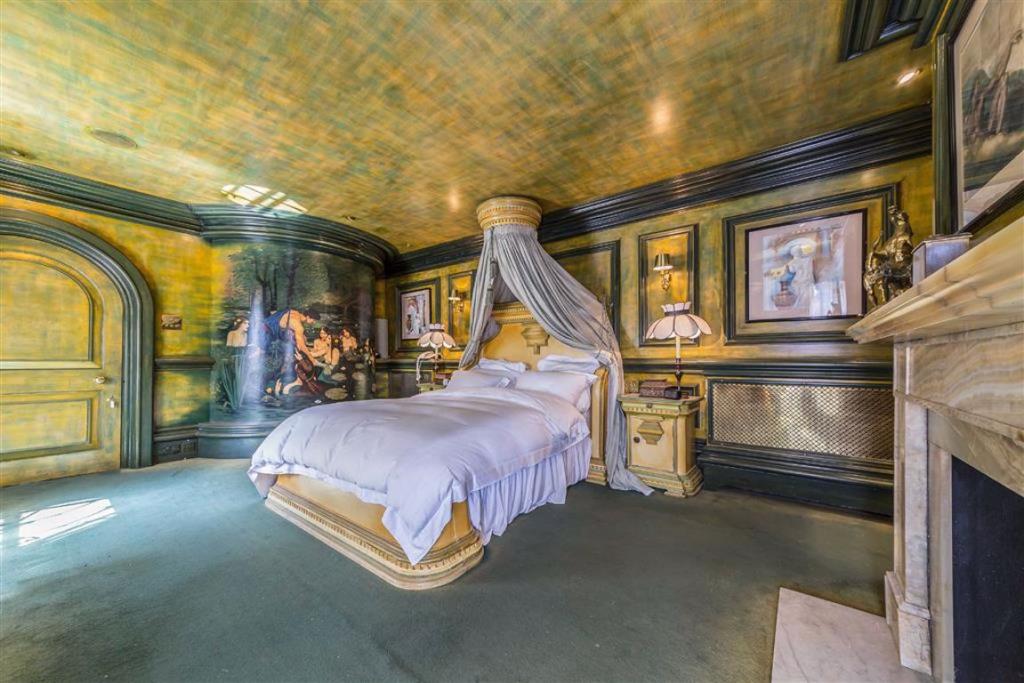 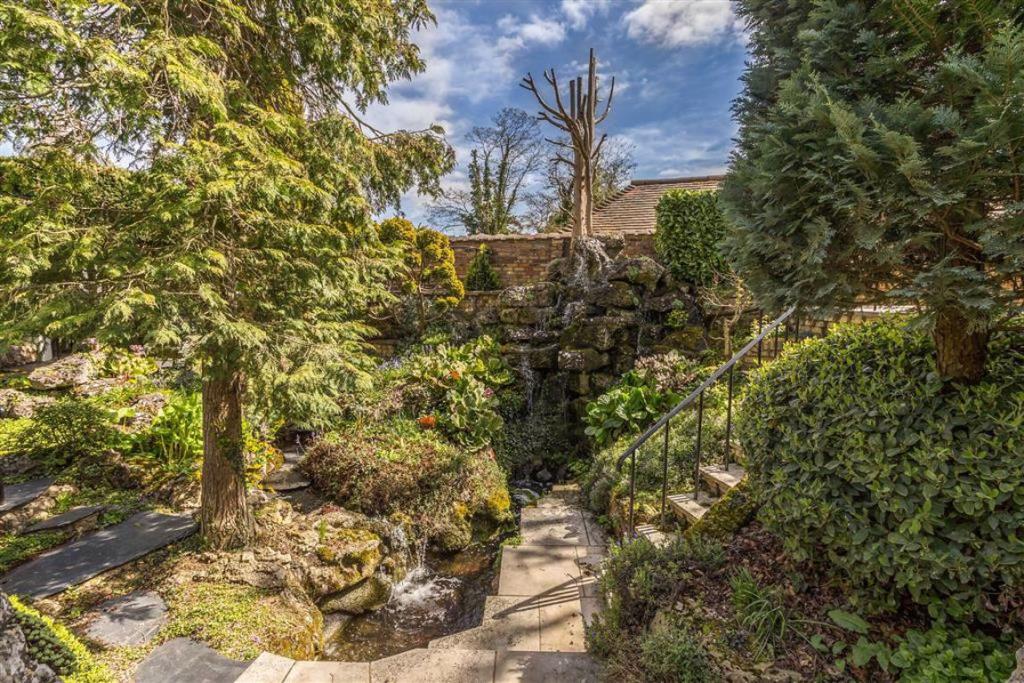 To top off the experience, the property also boasts its own moat.

Inside, a spiral staircase leads to the main bedroom suite, which is centred around a Renaissance-style painting.

Agents say the owner paid £13,500 for the plot back in 1966 – before committing three decades to building his dream home.

Despite seeming completely other-worldly, the house – called Dutch Gardens – is less than half a mile from Sunnymeads Railway Station.

It's also a very short drive from the M25.

The stunning mansion is just one of the dream homes to have gone on the market this year.

During the coronavirus restrictions this year, many Brits seeking escapism online have been looking at huge mansions.

Rightmove has revealed some of its most-viewed homes of 2020 – with swimming pools, wine cellars and luxury gardens all on our hitlists.

The top five luxury dwellings include a 10-bedroom home with panoramic views over London's Hampstead Heath and its own spa.

A five-bed home with its own Olympic-sized equestrian centre in the Essex countryside is was our second most lusted-after.

The property boasts an impressive underground car park – big enough to accommodate a fleet of ten supercars – as well as a swanky indoor swimming pool.

A stunning seven-bedroom mansion in Surrey worth a whopping £22.49m also made it to the list.

Inside the country home is a domed and galleried entrance hall, a cinema room, a semi-circular orangery that links to a swimming pool, sauna, spa and gym.

And in Ireland, a remote home with breathtaking views of the Atlantic from every window – including the bathroom – could be the perfect lockdown pad.

The four-bed property on the island of Lettermullen, off the west of Ireland, boasts panoramic views of the West Atlantic Way, and it's now on the market for £496,686.