Victoria has announced it will close its border with NSW at midnight on Friday, after restricting gatherings in private homes for New Year's Eve to 15 people and once again making masks mandatory indoors.

Acting Victorian Premier Jacinta Allan announced the tightened measures on Thursday as the state recorded five more cases of COVID-19, in addition to the three women who were confirmed positive on Wednesday. 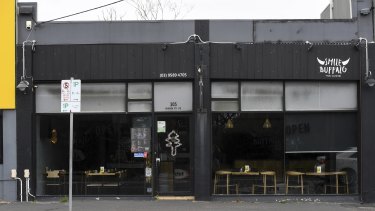 "That is why the public health team has given the advice to immediately move to the announcements the government has made today."

Victoria’s testing chief, Jeroen Weimar, said the women reported as positive cases on Wednesday night were all linked to the same restaurant in Black Rock at the same time for about an hour on December 21.

Two of the women, from Mentone and Hallam, were family members and dined at the restaurant, he said. The third woman, from Mitcham, was unrelated. She was not at the restaurant, but a close contact was there at the same time as the other women.

"We believe that is a connection point between the three cases we have seen," Mr Weimar said.

"Different tables. It highlights the highly infectious nature of the virus which is that these two groups of people are entirely unconnected with each other, and have no direct knowledge of each other."

He said the three new cases revealed on Thursday morning had been found via contact tracing overnight.

"Those people are all getting good support and care, we will continue to work with them to identify any contacts they have, and any secondary contacts," he said.

"As we recall, our approach to these cases is not just to deal with close contacts but also contacts of contacts, we will be putting out a further ring and asking anyone who knows those close contacts to also isolate, to get tested." 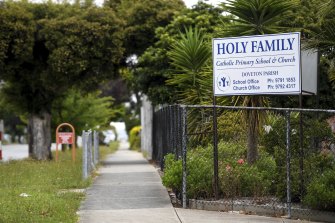 The Holy Family Parish Church in Power Road Doveton is one of the COVID-19 exposure sites linked to the three new cases in Victoria.Credit:Penny Stephens

The new Western Australia border restrictions state that as of 12.01am Friday only travellers with a valid exemption will be allowed to enter the state from Victoria and they will be required to isolate for 14 days.

People in WA who have been in Victoria since December 21 will also need to self-isolate for 14 days immediately and get tested for the virus on day 11 of their quarantine – or earlier if they develop symptoms of the disease.

University of Melbourne epidemiologist Tony Blakely said Australia would continue to have outbreaks for as long as it allowed people to return from Britain, the US and other places with high infection rates – as hotel quarantine programs would never be perfect.

"This incursion of the virus will happen again and again until we're vaccinated enough," he said.

"When we get our first 100,000 doses of vaccine, they should be applied completely to the border control quarantine, airport, and airline staff to make an extra barrier around the arrival of people from high-infection countries."

There were no cases recorded in Victorian hotel quarantine after more than 13,000 tests were carried out on Wednesday.

An earlier version of this story stated that the woman from Mitcham had been at the Smile Buffalo restaurant at the same time as the other two positive cases. However, testing commander Jeroen Weimar has said it was a close contact of the Mitcham woman who was at the restaurant.