The Telstra service that directs Australians’ triple-zero calls to police, fire or ambulance is regularly limiting the number of staff dedicated to Victorian emergencies to prevent the entire nation’s triple-zero call system from being clogged by extreme delays.

The Age has spoken to six current and former Telstra employees who reported persistent and significant delays patching people through to emergency services across the nation over a number of years. 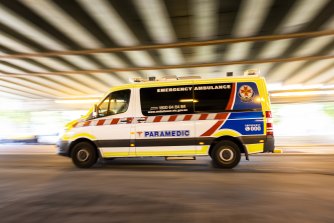 When the call system is delayed emergency services take longer to arrive.Credit:Wayne Taylor

The triple-zero operators said they were often forced to stay on harrowing calls with people whose lives were in danger. Some said they believed people had died while on hold with them as they tried to connect them with emergency assistance.

“I can hear in the background things like ‘Oh, my gosh, she’s not breathing. She’s going blue’. Someone is screaming and yelling and potentially someone is dying,” said one veteran triple-zero call taker.

“You’re hearing people saying that ‘we’ve got no pulse’,” said another. The workers spoke to The Age on the condition of anonymity as they still work for Telstra.

The Age can also reveal that Victoria’s Emergency Services Telecommunications Authority (ESTA) asked Telstra to divert triple-zero callers to a recorded voice message warning them that ambulance lines are “extremely busy” on 153 occasions since October, an average of about six times a week.

In theory, the job of Telstra triple-zero operators should be straightforward. Workers are trained to ask people if they need “police, fire or ambulance” and their state and town, before transferring them to local emergency dispatchers.

In reality, operators said they can be waiting up to 15 minutes or more on the line with distressed and angry callers in life-threatening situations. As they wait, they repeat a similar script over and over, but are unable to provide first-aid advice or dispatch help.

Dylan Bailey said he worked as a Telstra triple-zero operator in Melbourne for almost two weeks in February, but resigned shortly after two “gut-wrenching” calls. One was from a woman seeking an ambulance in Melbourne for her young daughter who was unresponsive on the floor. She waited minutes for her call to be transferred.

Soon after, he said he spoke to a woman in the Northern Territory. He said that as she whispered into the phone, it sounded as if her face had been beaten. 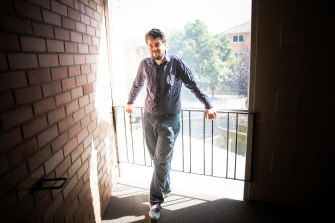 “Every four to five rings, you’re supposed to say ‘just connecting you through, I’ll stay on the line with you until we get through’ and there’s about six or seven similar sayings, and then you just restart them.

“And I did that for about seven minutes … and this woman’s kind of like begging ‘please’.”

NSW Ambulance was another of the organisations singled out by Telstra staff for its long delays receiving calls in recent years, with wait times of more than five minutes reported as recently as Tuesday night. Ambulance calls for Western Australia and Victoria Police were also named.

But when asked about the biggest cause of recent delays, most of the Telstra call takers spoken to by The Age pointed to calls for an ambulance in Victoria. Earlier this month, it was reported that four children and eight adults have died since October last year after those seeking help for the gravely ill waited up to 16 minutes to reach an ESTA ambulance operator.

When Victorian emergency calls are receiving the recorded message warning of high demand, they are also diverted to a limited group of Telstra call takers. One Melbourne call taker said staff at their centre were roughly split 50-50, with half dedicated to Victoria and the rest to the other states.

The number of operators dedicated to Victorian calls is restricted to keep some operators free to take calls for other states, essentially preventing the Victorian ambulance delays clogging the entire national Telstra triple-zero system.

One call taker said before the Victorian calls started being diverted last year there were times when their entire call centre became “snowed under” by delayed ambulance calls, and the room was filled with echoes of the same phrases.

“At our busiest time, the call centre is very noisy, but you can still hear pretty much everybody saying the same thing continuously “We won’t take long,” “I’ll stay on the line until they answer” and “I’ll make sure you get through,” said one veteran operator.

Because all Victorian calls to emergency services are sent to the limited pool of Telstra call takers when the voice message is active, it means people trying to reach police or fire services in Victoria may be caught up in the clogged Victorian queue.

One morning in November when it was taking up to eight minutes to transfer ambulance callers in Victoria to ESTA, there were 14 Telstra operators assigned to Victorian calls and 16 for the rest of the nation.

Over the same 16-minute period, the 14 operators taking Victorian calls could answer just 80 calls, as they battled delays, while the 16 call takers dedicated to the interstate calls could take about 270 calls, according to a spokesperson for federal Communications Minister Paul Fletcher, who oversees the national triple-zero service.

A Telstra spokeswoman said the surge initiative was created following the 2009 Black Saturday bushfires in Victoria and is requested by state emergency service dispatchers across the nation in instances of high demand because of fire, flood and, more recently, COVID-19.

This year a recorded voice announcement was used for NSW callers during the major flooding, she said.

And for a month over January and February this year, all Australian callers to triple-zero also received a pre-recorded message noting increased COVID-19-related demand before they were connected to an operator.

ESTA has reported the call-answering times in February were a significant improvement on January, a trend supported by Telstra workers who say the delays are still long but reducing. They’ve recently been reporting delays of 30 seconds to seven minutes to reach Victorian ambulance operators, rather than the delays of up to 15 minutes previously.

“You do have days where you walk in and your first call is Victoria ambulance and you’re waiting five or six minutes and you think ‘oh no, here we go’, and often it will be like that for a few hours,” said one operator.

“We’ve all experienced times where you’ve got people who desperately, desperately need the ambulance and you’re losing people on the line. It’s terrible.”

As they detailed the chronic delays, multiple Telstra staff in Melbourne and Sydney said there needed to be more support and training for workers to handle upsetting delayed calls, saying there was an underlying attitude that people should be either able to handle the stresses of the job, or leave.

Mr Bailey claims managers told him they coped with the stress of the calls because “I don’t know these people, so I don’t care” and “it’s triple-zero, what do you expect?“.

“I kind of went into the role thinking, ‘this will be good because I’ll be doing something in which I’ll be able to help people in their most vulnerable moments’, and then you realise that it’s really not about that at all. It’s really just another call centre.

“You’re just supposed to not have it get to you… and here’s a card for a [corporate psychology service], if you’re having problems give them a call.

“I was really quite shocked.”

Responding to some of these criticisms, the Telstra spokeswoman said the company had a “strong focus on the wellbeing of our team and have onsite support available around the clock through specialist clinicians and Benestar (an employee assistance program).”

“We are the first to acknowledge that this is a complex job and it requires a particular type of person and because of this it isn’t a job for everyone.”

About 11 per cent or almost 96,000 ambulance triple zero calls for Victoria were not answered within 10 seconds by an ambulance operator in the last financial year, compared with almost 6 per cent in NSW.

The worst state performer for the year was Western Australia where 16.7 per cent of calls weren’t answered within the 10-second window, though the data doesn’t include the worst of the Delta and Omicron waves in Victoria and NSW, and recent floods, which have stretched emergency services.

The Victorian government has pledged to recruit an extra 163 call takers to address the state’s call answering delays.

“ESTA advises that it continues to recruit for new call takers with more applications coming in daily. ESTA is also on track to have every call taker training slot booked until June,” a Victorian government spokesperson said.

Three of the Telstra call operators The Age spoke to said they believed people have died on the phone while they tried in vain to patch callers through.

One Sydney call taker said they were recently told by a triple-zero caller that they were having a heart attack and couldn’t breathe, before hearing a thud.

They said they couldn’t remember a single recent night shift since about August when their attempts to connect a Victorian ambulance call through to the state’s triple-zero service wasn’t met with a delay.

The veteran call taker said people would ask them whether they should drive to a hospital instead, but they weren’t allowed to provide advice, even if they believed it probably would be a quicker option.

“We get constantly bombarded with people yelling and screaming at us, as if it’s our fault.

“I had this woman where some member of the family was screaming ‘they need an ambulance’ ‘she’s not breathing’ ‘she’s dying’.”

“You still hear those voices in your head.”