The video, taken in Portsmouth, was shared on Snapchat with the caption: “Geezer.”

It shows a cat leaning towards the a boy’s outstretched hand as it stands in a small wall on a street.

The poor puss appears to be expecting a stroke but instead the thug hits it in the face.

The cat falls off the wall as the teen and his friend laugh about the cruel attack. 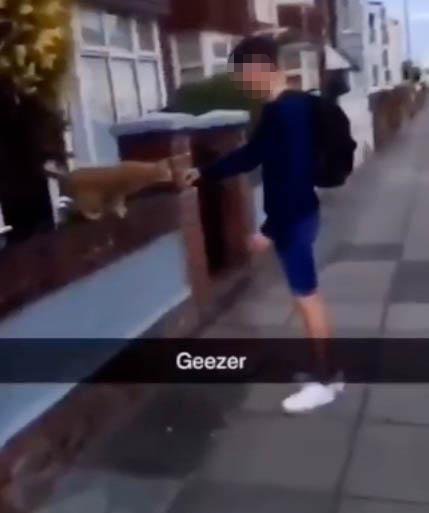 “This makes my blood boil”

Hampshire Police said they had made one arrest in connection with the video.

People who saw the video online spoke out in anger about the video.

They called on RSPCA to intervene in the police investigation.

One said on Twitter: “This makes my blood boil.”

Replying, one user wrote: “If he did that to my cat I would have smashed his fingers with a hammer so that he wouldn’t be able to do it again, can’t bear cruelty to animals.”

A spokesperson for Hampshire Police said: “We can confirm we are investigating an incident in Portsmouth in which a cat was hit in the face.

“We have received a report of the incident, and we are also aware of a related video that has been circulated widely on social media.

“An investigation is underway to establish the exact circumstances of what happened.

“We have also been in touch with the RSPCA. 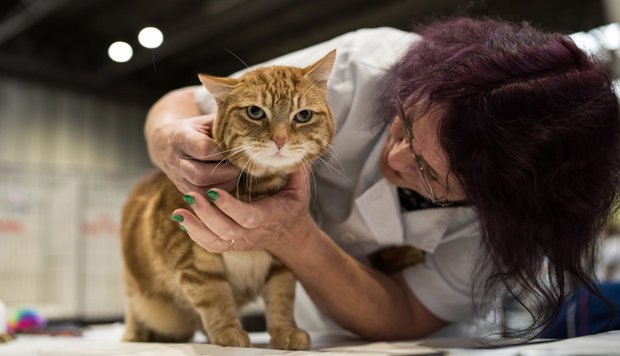 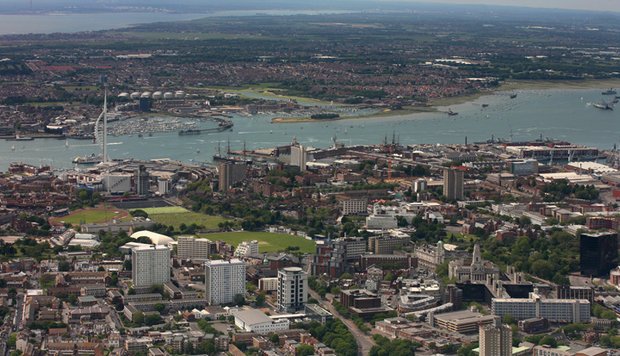 “Today our officers arrested a 15-year-old boy on suspicion of an offence under the Animal Welfare Act 2006.

“He is currently in police custody.

“Anyone with information, including anyone who directly witnessed this incident, should call police on 101 quoting the crime reference number 44190180705.”

A spokesman for the RSPCA also reacted to the video.

He said: “We are aware of the clip being circulated on social media and encourage anyone with information to contact us on 0300 1234 999.”