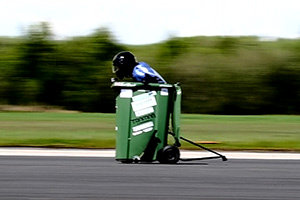 Guinness World Record officials watched on as the 28-year-old stormed down the runway at Elvington Airfield, Yorks, at 45mph.

Madcap Kevin Nicks also broke the record in his motorised wheelbarrow after reaching a top speed of 46.19 mph.

He built it from scratch using donated or existing parts as part of a DIY project to keep his mind occupied during lockdown.

And Trevor Duckworth took off on his motorised barstool to notch up a world record speed of 22.465 mph. 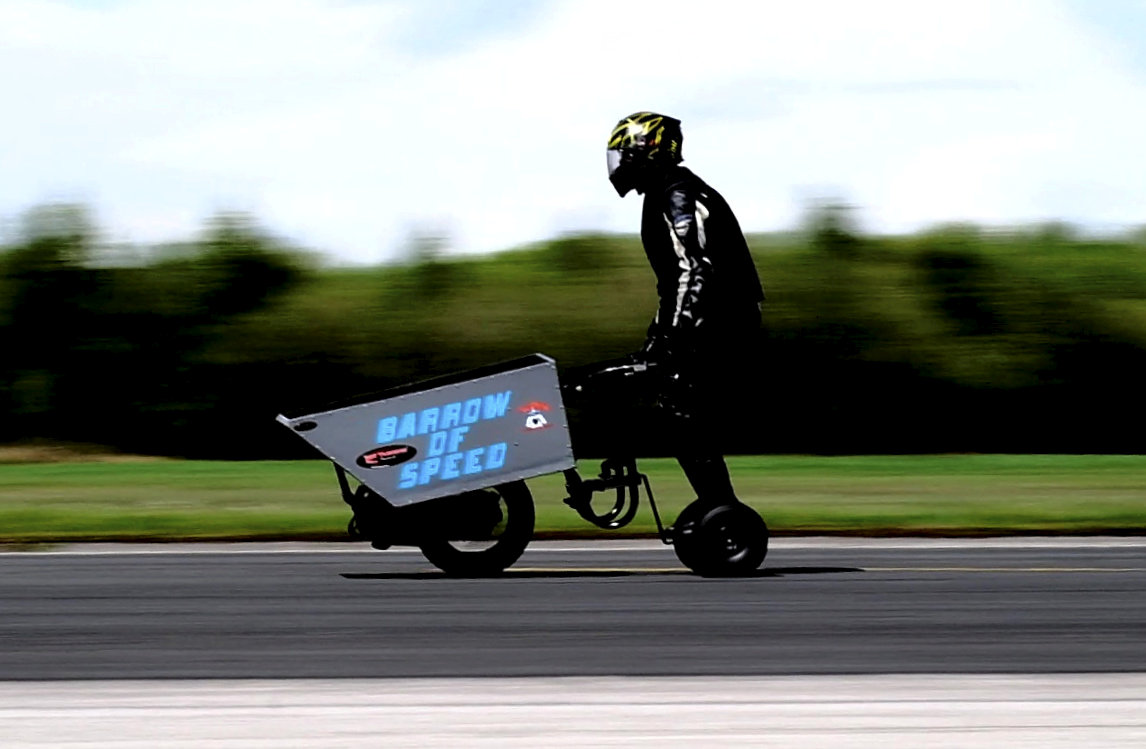 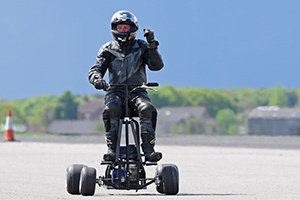 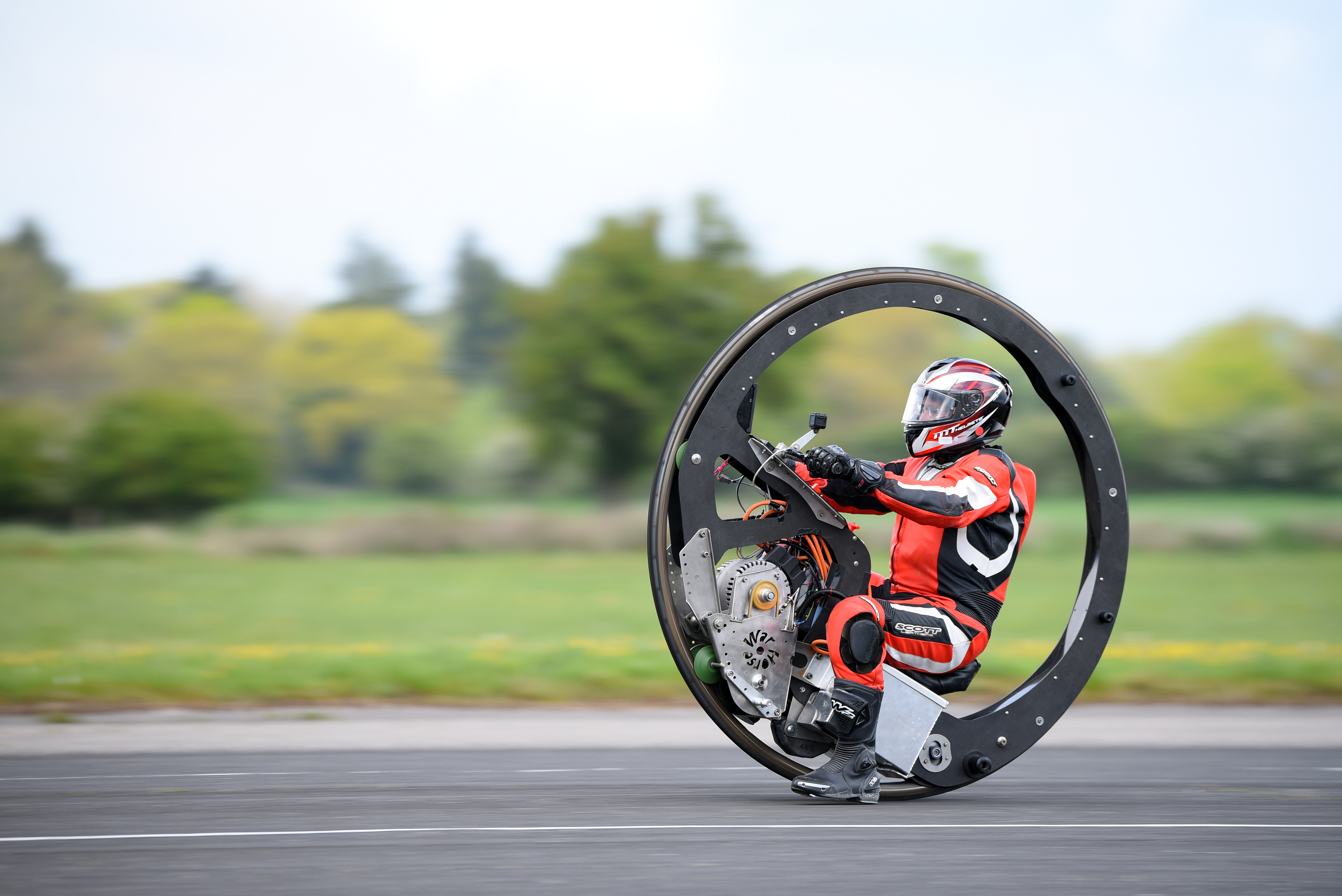 Mark Foster set a world record speed of 59.057mph in an electric monowheel.

The records were set at the airfield between May 16 and 17 as part of a Straightliners land speed event.