Jordan Poole sounds like he’s ready to move on.

The Golden State Warriors guard addressed his altercation with Draymond Green on Sunday for the first time since Green punched him in the face during practice earlier this month.

At this point, after receiving an apology, Poole just wants to play.

"We're here to win a championship."

“He apologized," Poole said. "[It was] professional, and we plan on handling ourselves that way. We're here to play basketball and everybody in the locker room and on the team knows what it takes to win a championship, and we're gonna do that on the court.

“That's really all I have to say on the matter. We're here to win a championship and keep hanging banners."

Green and Poole were involved in a heated altercation during practice earlier this month that resulted in Green swinging on Poole and hitting him in the face. Video of the punch then leaked to TMZ, and Green apologized before taking time away from the team.

The Warriors opted to punish him internally, but did not suspend him.

Green then returned to the team on Thursday, and downplayed the punch before giving a similar answer to Poole’s on Sunday.

"As far as us moving forward, Jordan's a professional, I'm a professional. We have a job to do,” Green said. “We both have experienced a lot of winning over the course of our lives and we know what that takes. So we're going to do just that, what it takes to win."

Poole averaged a career-high 18.5 points and four assists last season for the Warriors, his third with the team. The 23-year-old agreed to a four-year, $140 million extension with Golden State on Friday, too.

Though the punch obviously made for a tense few weeks ahead of the Warriors' season opener on Tuesday night, both Poole and Green are — at least publicly — over it. 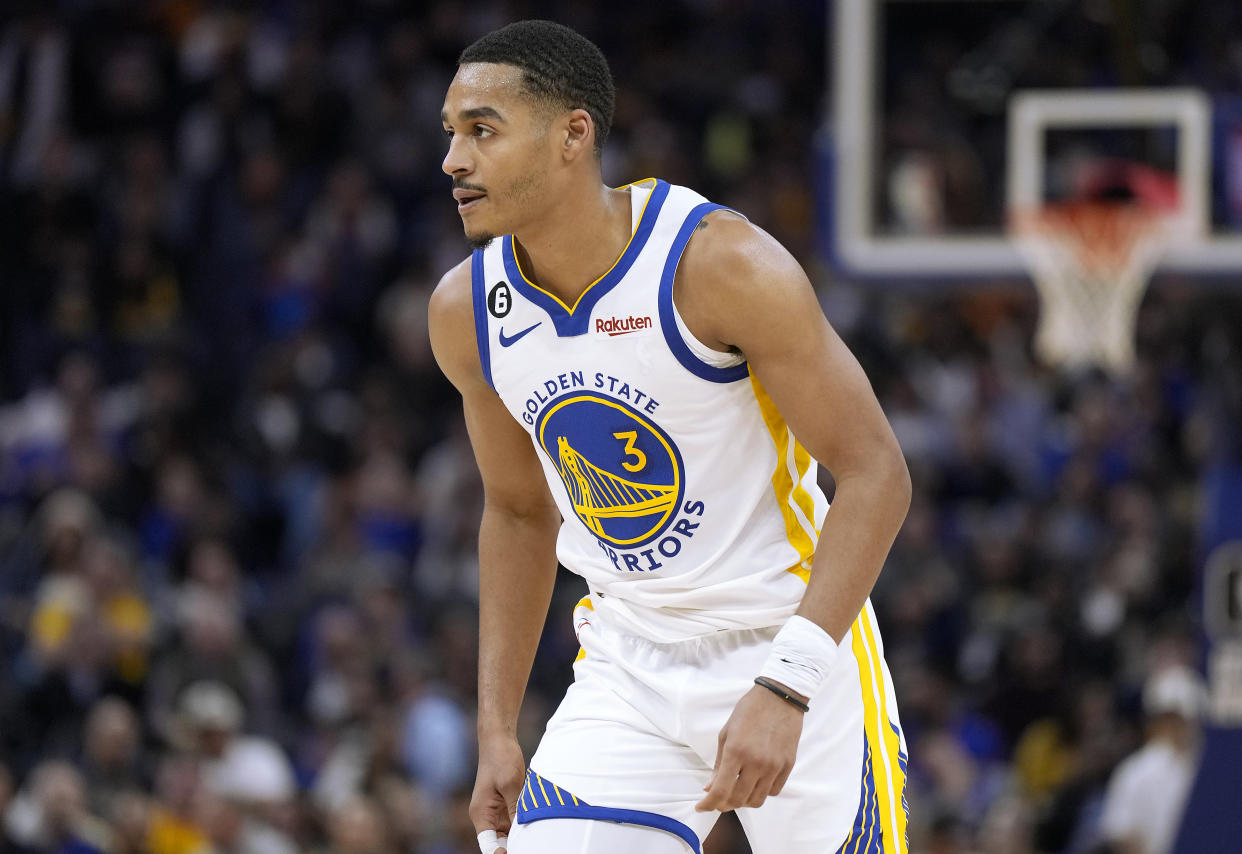