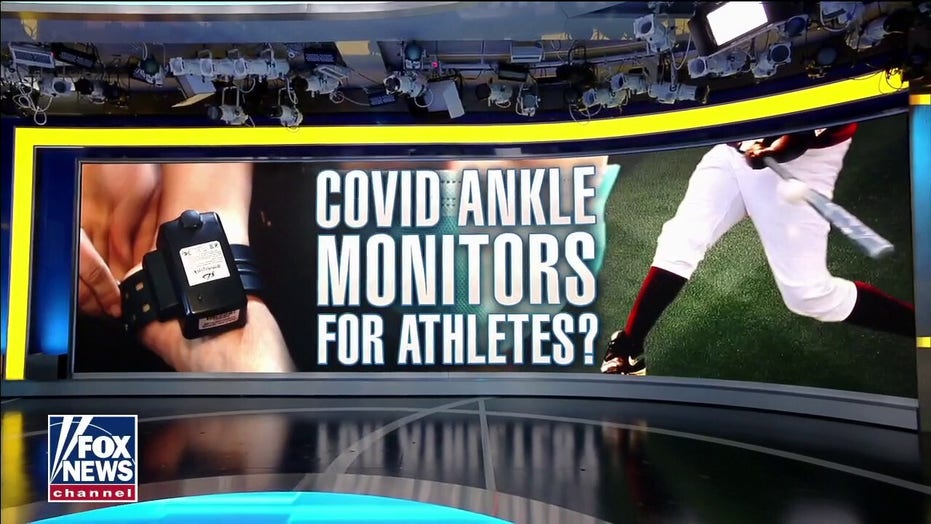 A public high school in Washington state is requiring some student-athletes and coaches to wear tracking devices on their wrists to trace COVID-19 during practices.

“It’s just one more thing they’re doing to the kids through this whole covid thing,” father of two students at Eatonville High School, Jason Ostendorf, told The News Tribune. “The vaccine, now be tracked when you’re at practice. Where does this end? I feel like this is an experiment on our kids to see how much we can put them through before they start breaking.”

The high school said that both vaccinated and unvaccinated athletes who play on teams with high contact and moderate indoor contact, such as volleyball, basketball and wrestling, are required to wear the devices. The tracking devices, which were paid for by federal funds, are worn during practice to trace the proximity of one player to others in the event of a positive coronavirus case.

“We received grant funding (known as ESSER III) that specifically included provisions to support higher-risk athletic programs, and we used some of those funds to pay for athletic proximity monitors,” the statement reads. “We are using these monitors for high contact and moderate indoor contact sports. The monitors are for both staff (coaches) and students on the field, regardless if they are vaccinated or unvaccinated. If a student or coach tests positive, we will have immediate information regarding athletes’ and coaches’ contacts, so we can more tightly determine who might need to quarantine.”

If there is a positive coronavirus case, school coaches and administrators would use the devices’ data on players to determine who might need to quarantine. Vaccinated student-athletes can avoid quarantining and return to the field after three to five days if they test negative, The News Tribune reported.

“The proximity monitor contains radio-based sensors that track distance between individuals wearing the device, as well as length of time spent in proximity to one another,” the Eatonville School District said. “The monitor is only worn during participation in the sport.”

Parents were alerted to the tracking devices by the school district, which invited parents to a meeting, as well as by coaches and a parent consent form.

“I was notified if I didn’t sign it, they couldn’t play,” Ostendorf, whose son is a football player and his daughter is a volleyball player, said. “My son has played football since he was in third grade. He’s passionate about the sport. … I signed it reluctantly. It’s either that or he doesn’t play. … It’s not optional. If you don’t sign the waiver, they don’t get to play. You have no choice in the matter.”

“Above all, they’re putting tracking devices on my kid,” he added.

Ostendorf continued that children aren’t at much risk if they contract the virus, which is backed up by Centers for Disease Control and Prevention data, but will get his children vaccinated so they face fewer barriers to stay on the field and in the classrooms.

“It’s absolutely against my better judgment and every fiber of what I think is right,” Ostendorf said. “If I don’t, they can be sent home from school for 14 days.”

Eatonville High School officials did not immediately return Fox News’s request for comment on the matter, or a response to parents who are speaking out against the move.