Wasps have asked the Rugby Football Union (RFU) and Premiership Rugby to review the wearing of Native American headdresses by Exeter Chief fans, describing it as ‘cultural appropriation’.

The Coventry-based club, which will host Exeter Chiefs this weekend, was responding to an open letter from its own fan club when it raised the issue on its website.

The club says it will ‘encourage the entire rugby community to take action against inequality and other forms of discrimination’ and has invited the sport’s governing body to make a ruling.

They said fans will not be banned from wearing them but will be discouraged from doing so as they ‘have the potential to cause offence’. 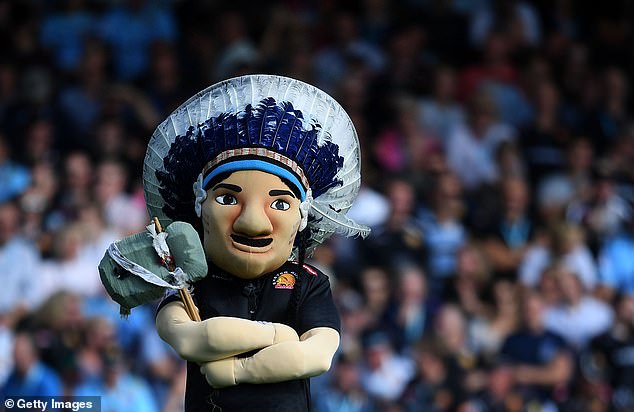 Headdresses have been worn by Exeter fans since the club first rebranded as the Chiefs in 1999.

In a statement released yesterday Wasps said the practice ‘doesn’t align with our values’.

It cited continued racist abuse against ‘high profile sports stars’, the Black Lives Matter movement and ‘rising intolerance’ towards LGBTQ+ people as events which put issues of diversity and inclusion to the forefront.

‘Many topics and behaviours which were once tolerated, such as cultural appropriation, are no longer acceptable,’ the club wrote.

‘Even though we do not want to create a professionally offended society, we do need to recognise that times and opinions change.’

They admitted they had ‘found it difficult to know how best to deal with this issue’ and had consulted with external parties including members of the Native American community. 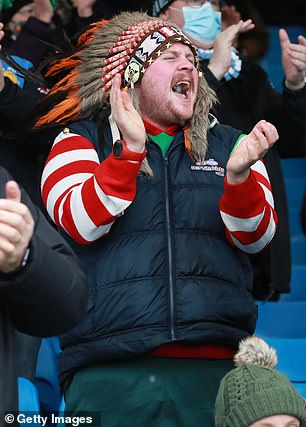 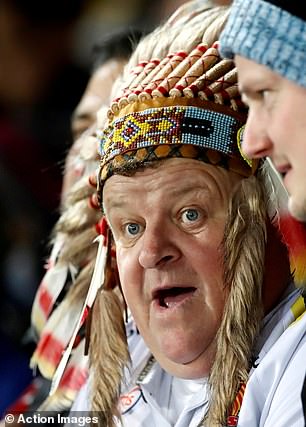 The statement continued: ‘We know that engaging in dialogue and being prepared to voice an opinion will sometimes be uncomfortable, difficult and may not always be popular.

‘However, having taken counsel on this issue, it is clear that to drive real change we need a sport-wide position to be reached.’

An open letter from Wasps supporter and Alex Chinery called for action on ‘one of rugby’s most prominent examples of cultural appropriation’.

The letter, which was published on The Wasps Report fan page, urged the club to ‘highlight and educate around the subject of racism’.

He tweeted yesterday that he was ‘really pleased’ with the action the club had taken and added that ‘they have gone out of their way to listen and understand’.

Premiership Rugby told The Daily Telegraph the organisation was ‘committed to working with our member clubs to make the league more inclusive and welcoming for all’. 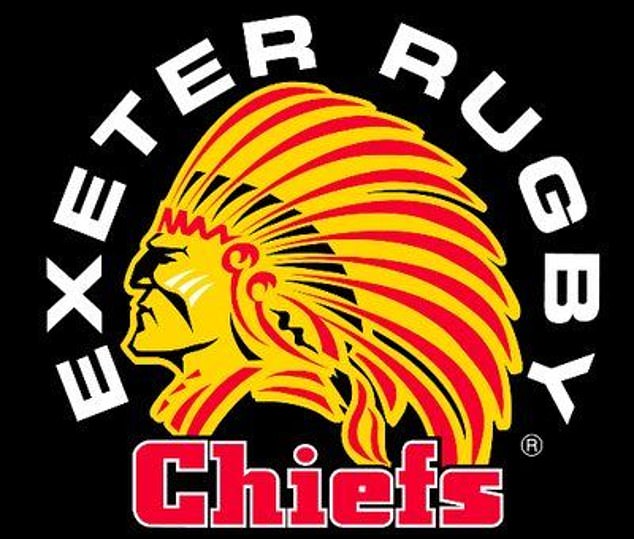 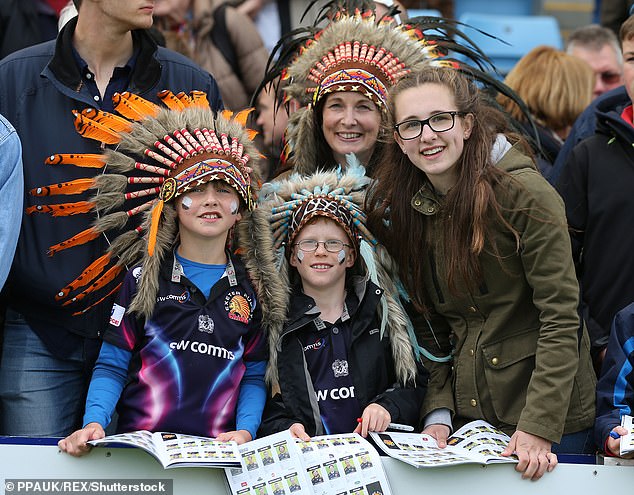 Some Exeter fans have worn Native American headdresses since the club became the Chiefs in 1999. Pictured: Some Exeter Chiefs fans during the Aviva Premiership semi final in May 2017

Exeter Chiefs and the Exeter Chiefs Supporters Group declined to comment but an RFU spokesperson said: ‘The governing body encourages all clubs to carefully consider their role in continuing to improve diversity and inclusion.’

In July last year, the Chiefs confirmed their ‘Big Chief’ mascot would be retired but will retain their name and logo following accusations that the branding is racist towards Native Americans.

A board review was launched after more than 3,700 supporters signed a petition for the club to change its ‘harmful imagery and branding’. The mascot was ditched as a ‘mark of respect’.

The club engaged with sponsors, fans and the Native American community.