LONDON (Reuters) – Prime Minister Theresa May will tell British lawmakers on Tuesday they must hold their nerve over Brexit to force the European Union to accept changes to the divorce deal that would pave the way for an orderly exit. 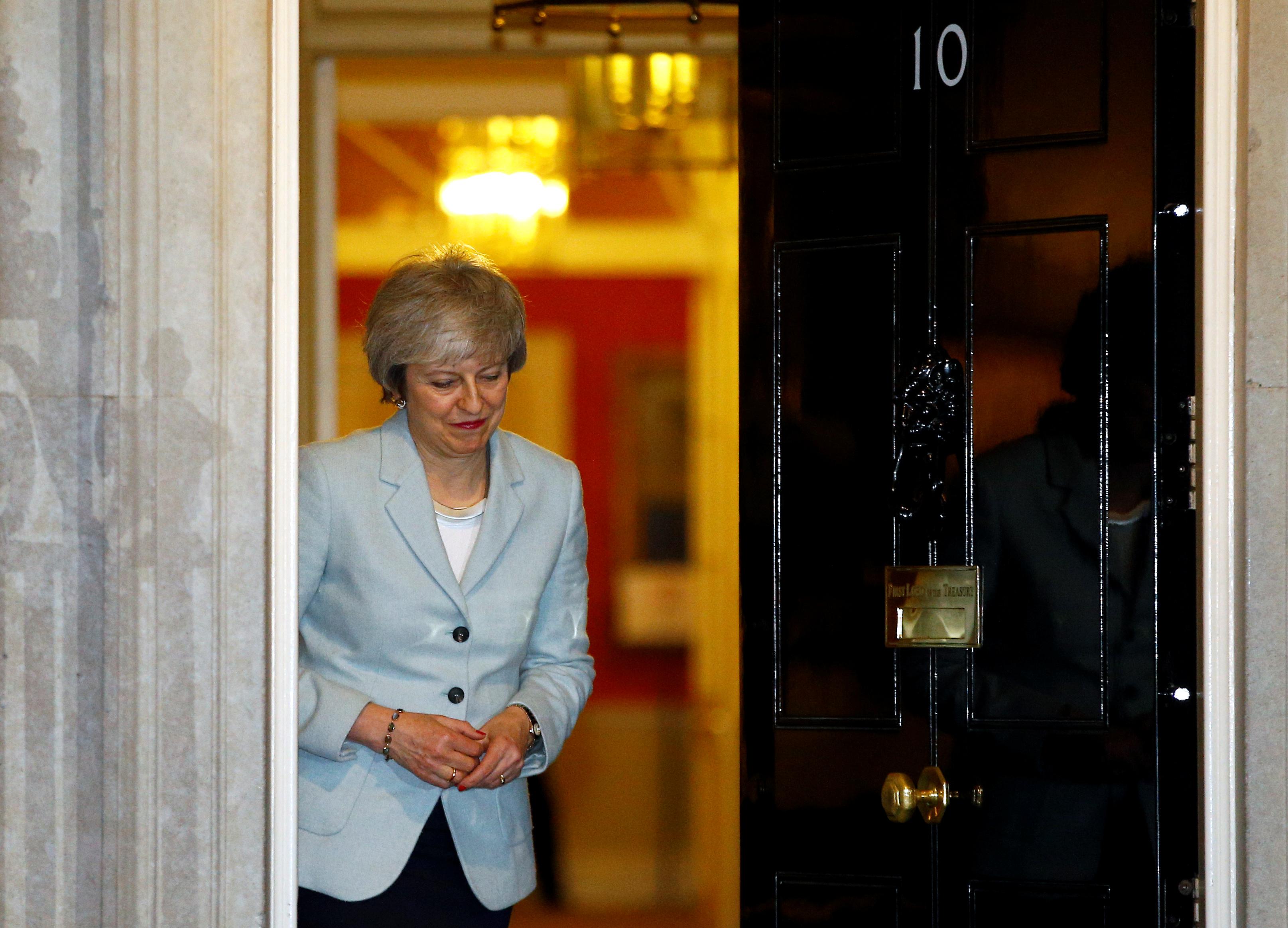 The United Kingdom is on course to leave the European Union on March 29 without a deal unless May can convince the bloc to amend the divorce deal she agreed in November and then sell it to skeptical British lawmakers.

“The talks are at a crucial stage,” May will tell parliament’s House of Commons on Tuesday, according to remarks supplied by her Downing Street office. “We now all need to hold our nerve to get the changes this House has required and deliver Brexit on time.”

British lawmakers overwhelmingly rejected May’s withdrawal deal last month, with the major sticking point being the Irish ‘backstop’ – an insurance policy to prevent the return of a hard border between the British province of Northern Ireland and the Irish Republic.

Critics say the policy could leave Britain subject to EU rules for years or even indefinitely after leaving the bloc.

The EU says the backstop is vital to avoiding the return of border controls in Ireland and has refused to reopen the Brexit divorce deal, though May insists she can get legally binding changes to replace the most contentious parts of the backstop.

“By getting the changes we need to the backstop; by protecting and enhancing workers’ rights and environmental protections; and by enhancing the role of parliament in the next phase of negotiations I believe we can reach a deal that this House can support,” May will say.

European Union Brexit negotiator Michel Barnier said on Monday the bloc would agree to tweak the political declaration on EU-UK ties after Brexit that forms part of the package, to reflect a plan for a closer future relationship that could obviate the need for the contentious backstop.

“It’s clear from our side that we are not going to reopen the withdrawal agreement but we will continue our discussion in the coming days,” Barnier said.

The leader of the House of Commons, Andrea Leadsom, said lawmakers would back May’s deal if there were assurances the backstop was time-limited or the United Kingdom was allowed to leave it unilaterally, suggesting the deal itself did not need to be renegotiated.

“The point is to ensure the UK cannot be held in a backstop permanently, how it’s achieved is not something to be purist about,” Leadsom told BBC radio.

RUNNING DOWN THE CLOCK?

The British parliament is set to hold a debate on Brexit on Feb. 14 but with just 45 days until Britain leaves the bloc, no date has yet been set for another “meaningful” vote on May’s deal.

Opponents of Brexit argue May is deliberately delaying so lawmakers will be faced with the option of backing her agreement or leaving without a deal, a disorderly exit that businesses fear will cause widespread damage to the economy and jobs.

Leadsom said another vote would be held once the issue around the Irish backstop had been resolved.

“It’s not running down the clock. The meaningful vote will come back just as soon as it possibly can,” the leader of the House of Commons, Andrea Leadsom, told BBC radio.

She added necessary legislation needed to ensure a smooth Brexit would be in place, amid fears parliament was running out of time to approve it.

As companies and governments across Europe step up preparations for the turmoil of a no-deal exit, diplomats and officials said the United Kingdom now faces three main options: a no-deal exit, a last-minute deal or a delay to Brexit.