A SCHOOL trip to Drayton Manor ended in tragedy after an 11-year-old girl was killed when she fell from a water rapids ride.

Little Evha Jannath was "propelled" from the Splash Canyon river rapids ride during a trip with schoolfriends in 2017. 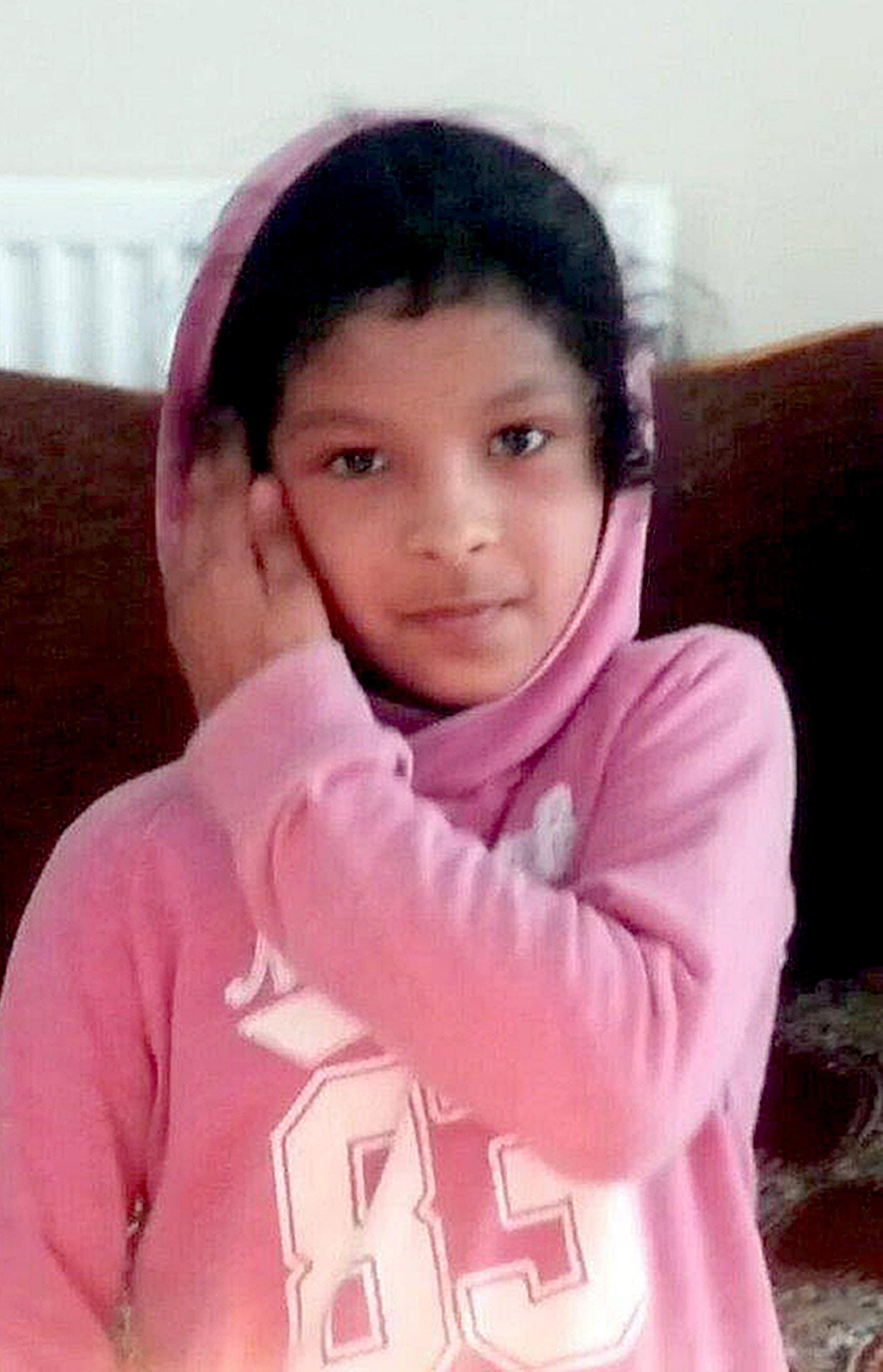 What happened at Drayton Manor?

Evha Jannath, 11, died after falling from a river rapids ride in front of her horrified pals during a school trip to the theme parkin Tamworth on Tuesday May 9, 2017.

The youngster was “dragged under by the rapids” after falling from the six-seater boat while “standing up to swap seats”.

Post-mortem results published just over a week after her death found that the schoolgirl was killed by "blunt force chest trauma".

Visitors described hearing cries and screams from the rapids-style ride after the girl fell into the choppy 5ft-deep water at the park in Tamworth, Staffs.

Tragically, Evha died after being sucked underwater while trying to wade back to a ride she had fallen from during school trip, MPs have been told.

A Commons hearing on July 4 was told that the youngster received no help getting back to her carriage and was eventually dragged under.

And it was further claimed Evha tried to walk towards the vessel after she fell into the water but received "no help and was eventually sucked under the water" despite her friends calling for help. 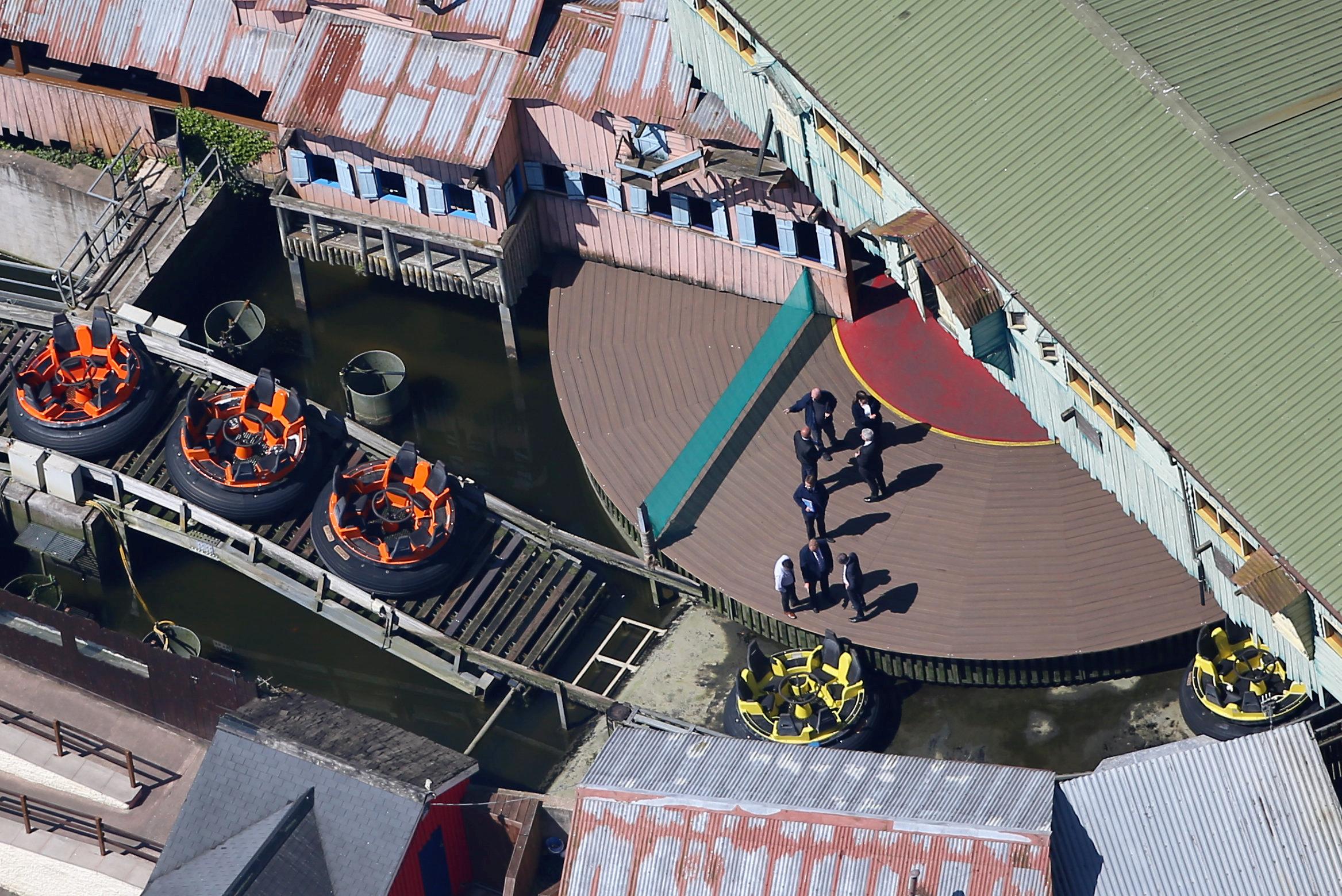 What is the Splash Canyon ride?

The Splash Canyon ride opened in 1993 and is a water rapids-style ride where guests sit in a boat and are sent down a choppy "river".

It consists of 21 boats each holding six people.

Police named the 11-year-old girl who died after falling from a ride at Drayton Manor Theme Park as Evha Jannath.

Tragic Evha was on a school trip with the Jameah Girls Academy when she fell from the Splash Canyon ride.

She was rescued from the water and taken to hospital but pronounced dead a short time later.

Her family said their “world has been torn apart” by the youngster's death.

They said: “Our world was torn apart by the news that our daughter and sister Evha, had lost her life in tragic circumstances, following a school trip to Drayton Manor Park.

“Evha was a beautiful little girl who was full of love and always smiling.

“Words cannot describe the pain and loss we feel, we are devastated that we will not see our beautiful little girl again." 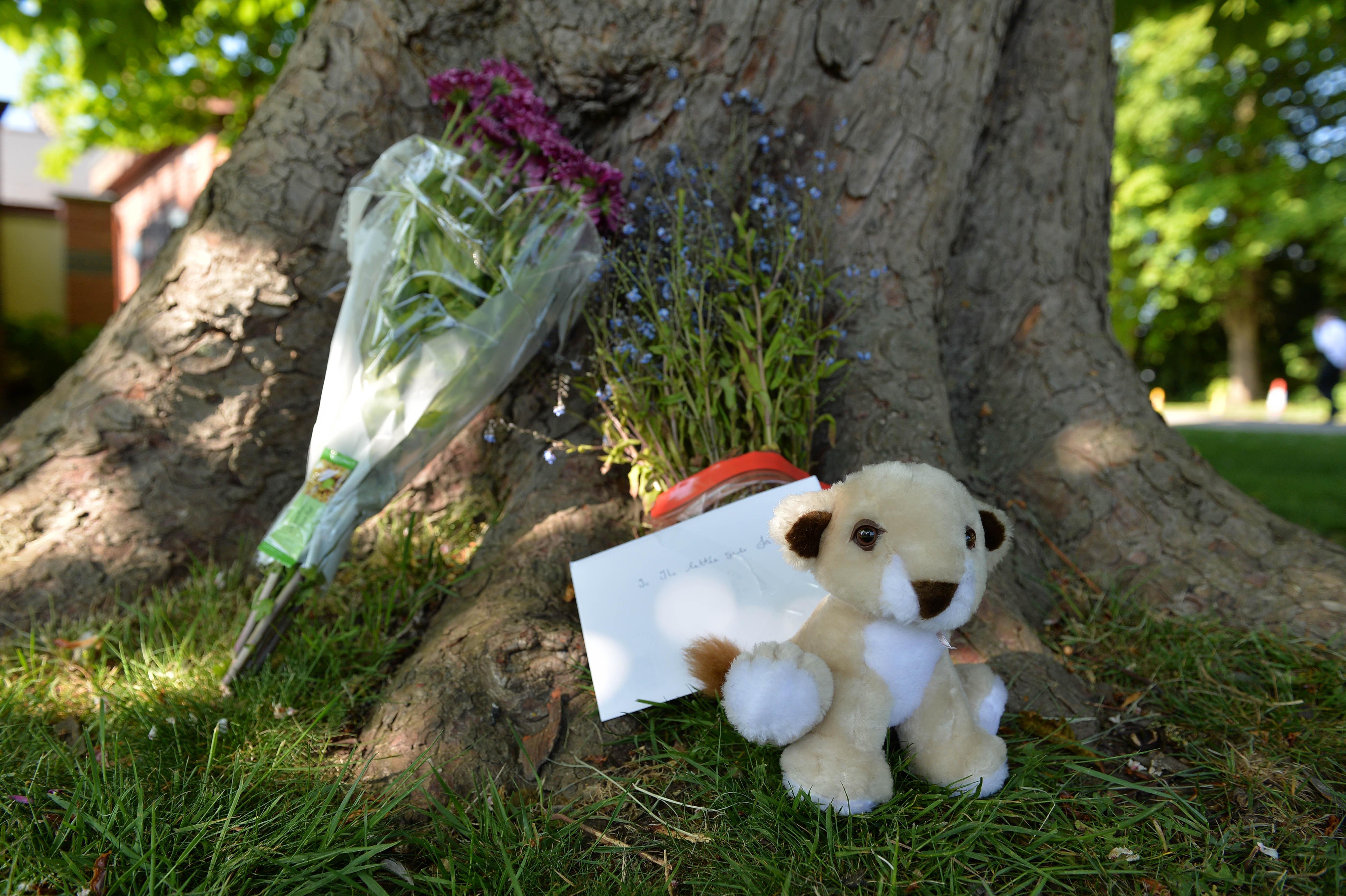 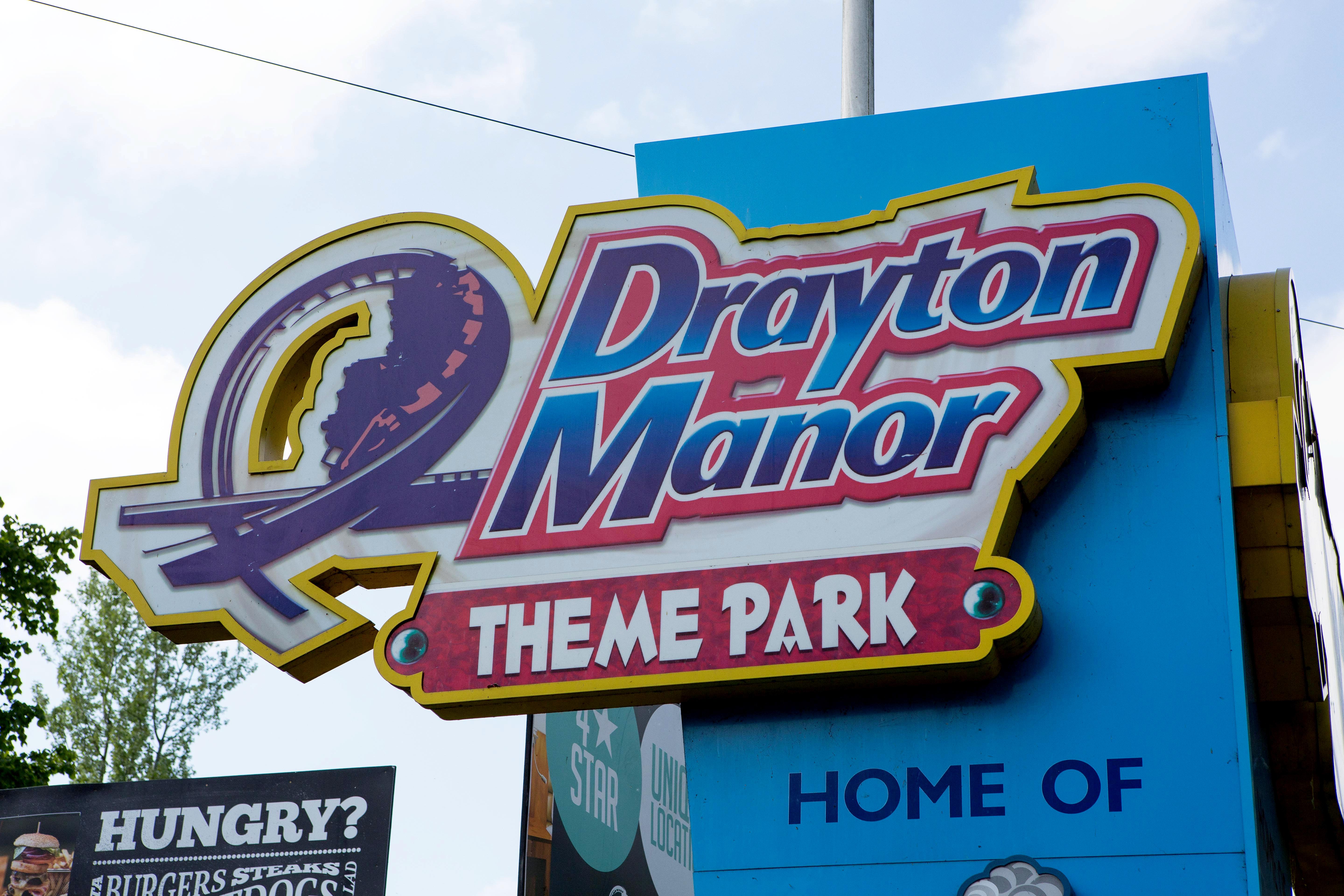 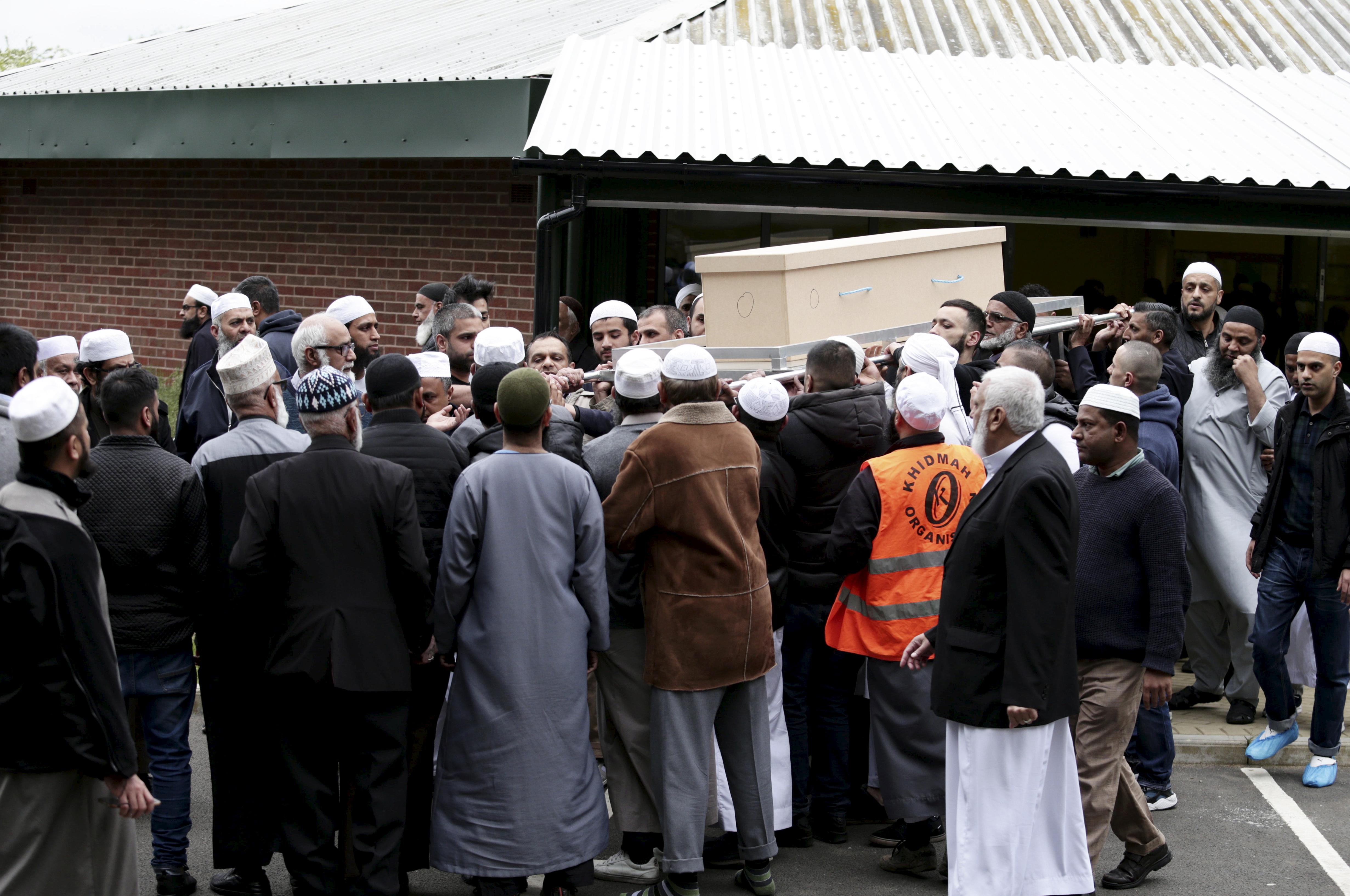 Has Drayton Manors been fined?

The operators of Drayton Manor theme park were fined £1million on March 18, 2021.

Lawyers for the Health and Safety Executive (HSE), bringing a prosecution against the park for not properly ensuring the safety of its guests, said the theme park's operators oversaw "systemic failures of safety" on the river rapids ride.

Drayton Manor had admitted breaching Section 3 of the Health and Safety at Work Act.

And he added that no sentence could "reflect the tragedy of this case for Evha's family".

The court heard Evha's family were still struggling after her death, with the judge adding her mother is "is still trying to come to terms" with the tragedy.

And the judge said there was "no prospect of the fine being paid" given the company operating the park at the time, had since gone into administration.

But he added: "In my judgment it would be wholly inappropriate to do other than impose the fine which the offence merited.

Has there been previous incidents involving the Splash Canyon ride?

A mum whose son fell off the theme park ride on which schoolgirl Evha Jannath died says she warned bosses the attraction was unsafe.

Vikki Treacy, 46, wrote to Drayton Manor after Patrick, 10, plunged into the water on Splash Canyon four years ago.

She said of Evha’s death: “Had they taken my incident seriously, maybe it wouldn’t have happened.

Recalling what happened she added: "Patrick left his seat just slightly and turned to wave to me as I was going to take a picture.

“At that very moment the boat banged into the side of the canyon and he was tipped out head-first."

She recalled "screaming" in panic and another woman managing to grab hold of her son and pull him to safety.

What other theme park accidents have there been?

Joe Pugh, 19, and Daniel Thorpe, 28, were also seriously injured when a carriage on The Smiler collided with an empty car.

Operator Merlin was fined £5m for the horror smash which injured 16.

In 2012 a four-year-old girl suffered severe head injuries when she fell nearly 13ft (4m) while queuing for a ride at Chessington World of Adventures.

Little Jessica Blake suffered a fractured skull, a bleed on the brain and broken ribs.

In 2001 Gemma Savage was killed on the Treetop Twister ride at Lightwater Valley, North Yorkshire.

She died after suffering  serious head and spinal injuries when two cars collided.

Outside of the UK in October 2016, four people were killed after they were  were “ejected” from the Thunder River Rapid ride in Australia because of a “malfunction”.

In August 2016, Caleb Schwab, 10,was decapitated, while riding on the 168ft-high Verruckt attraction at Schlitterbahn Waterpark in Kansas City, as horrified witnesses looked on.