Graham has held the senior US senator seat of South Carolina since 2003. 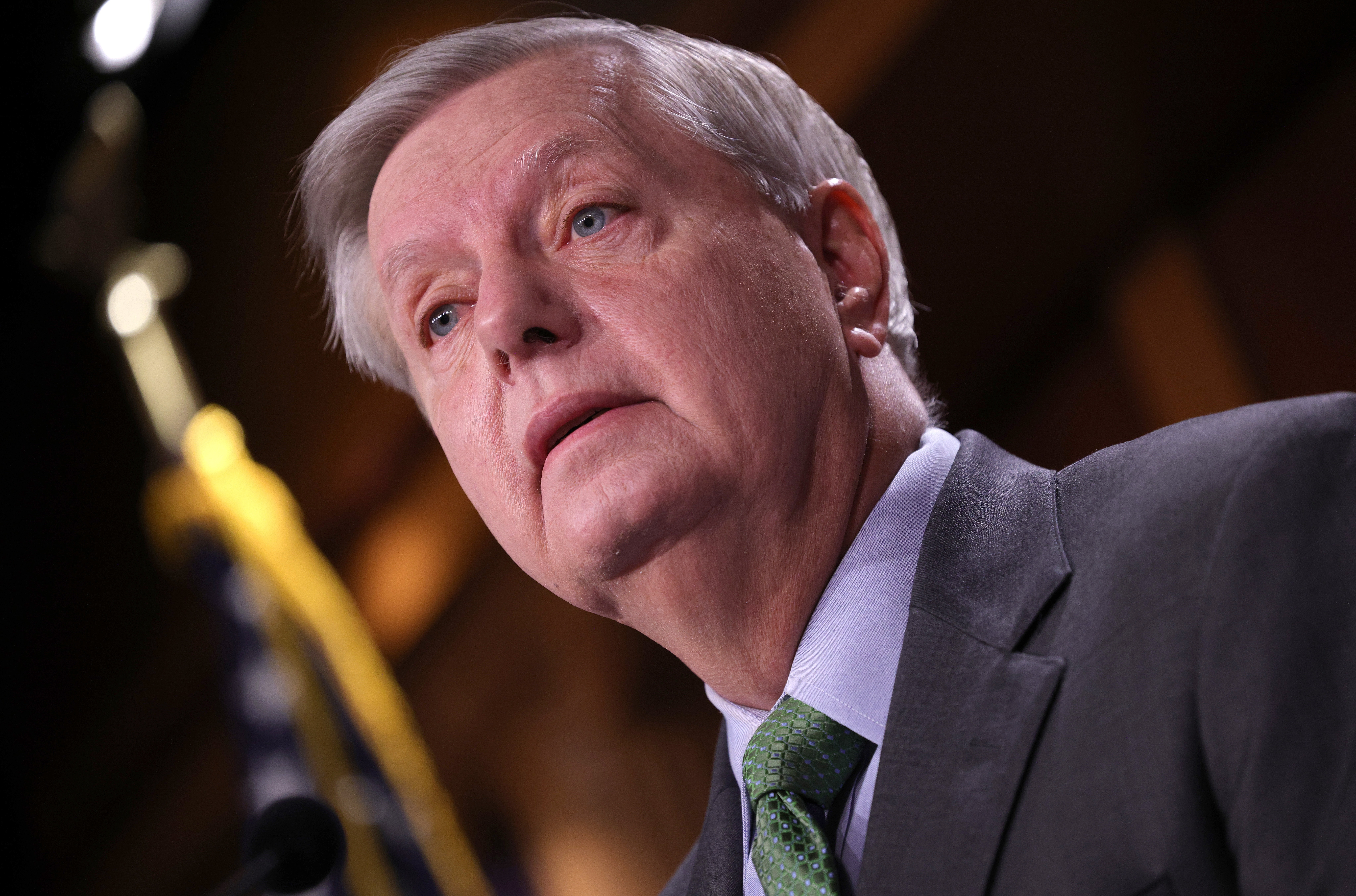 What is Lindsey Graham's net worth?

Graham reportedly has a $3million net worth, according to Celebrity Net Worth.

According to his self-released tax returns, he earned a total of $2.1million in income between 2008 and 2019.

Graham is also a lawyer, who received his Juris Doctor degree from the University of South Carolina School of Law in 1981. 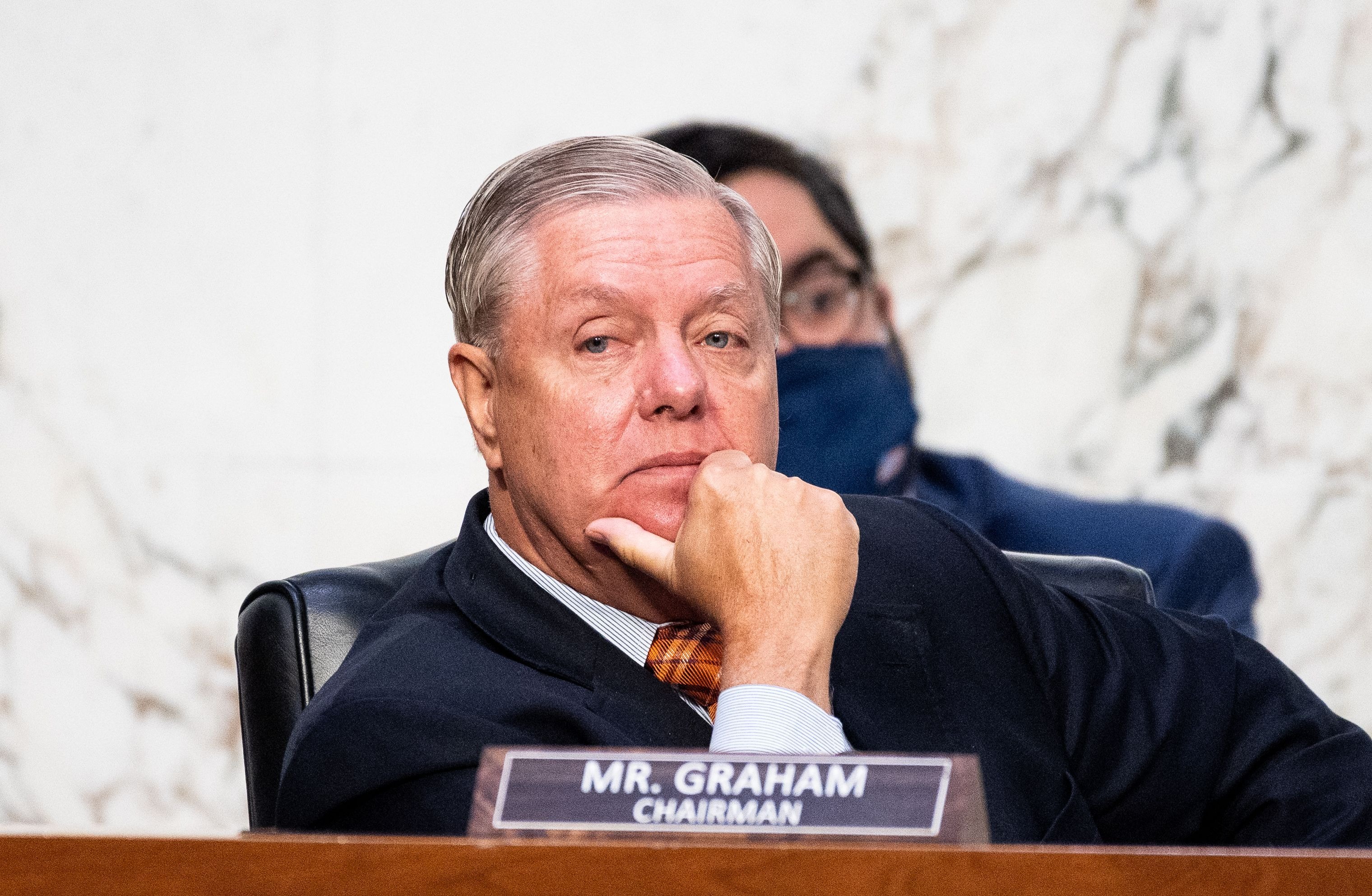 Appearing on Fox News Sunday, Graham said he saw overcrowding at a facility on the border for migrant children – with 1,000 kids packed into a facility designed to hold just 80.

Graham’s visit was his second in recent months.

“Here’s what I learned this time,” he said.

According to Graham, a Border Patrol supervisor claimed they briefed the Biden transition team that "if you do away with the remain-in-Mexico policy, where people have to remain in Mexico for their court date regarding asylum claims, we would be overwhelmed."

“They were told this and they did it anyway,” Graham said. 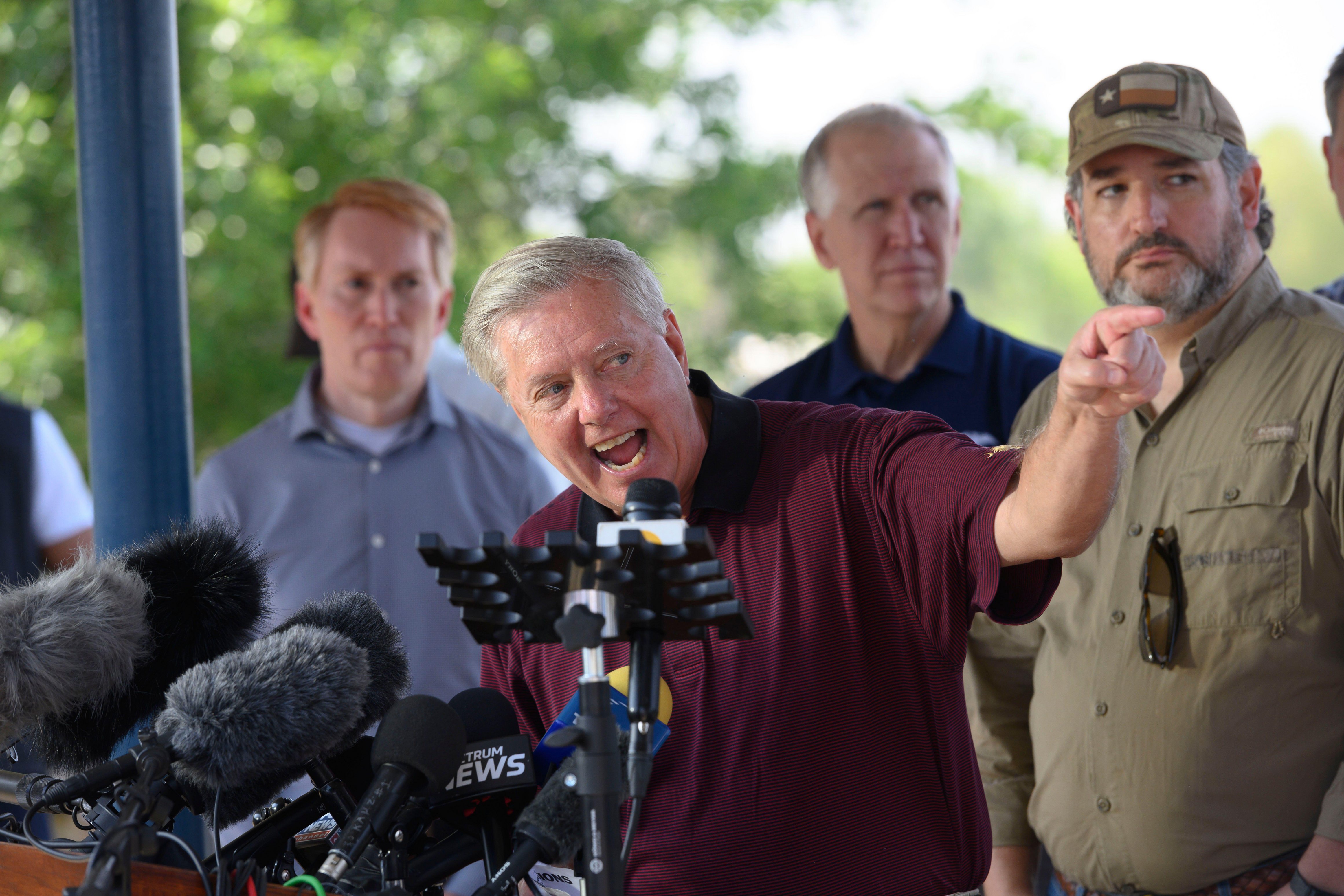 “He needs to apologize, President Biden, to the Border Patrol agents and their families, for putting them through this. We’re being overwhelmed at the border. It’s not a crisis, it’s a complete loss of sovereignty down there.”

Press Secretary Jen Psaki appeared on the Fox program prior to Graham, stating that Biden is taking a “different approach” to immigration.

“What we’re really talking about is children, and we’re handling that in the most humane… way,” she said.

What did Graham say about President Biden in regards to the new Georgia voting law?

Graham slammed the president as "sick" for "playing the race card in such a hypocritical way" after Biden's publicly condemned Georgia's controversial changes to local election policies.

"He said the filibuster was a relic of the Jim Crow era," he told Chris Wallace on Fox News Sunday.

"Well, he made an hour speech when he was a senator suggesting the filibuster was the best thing for the Senate to make it different in the House."

Biden slammed the changes this week, branding the law change "Jim Crow in the 21st century." 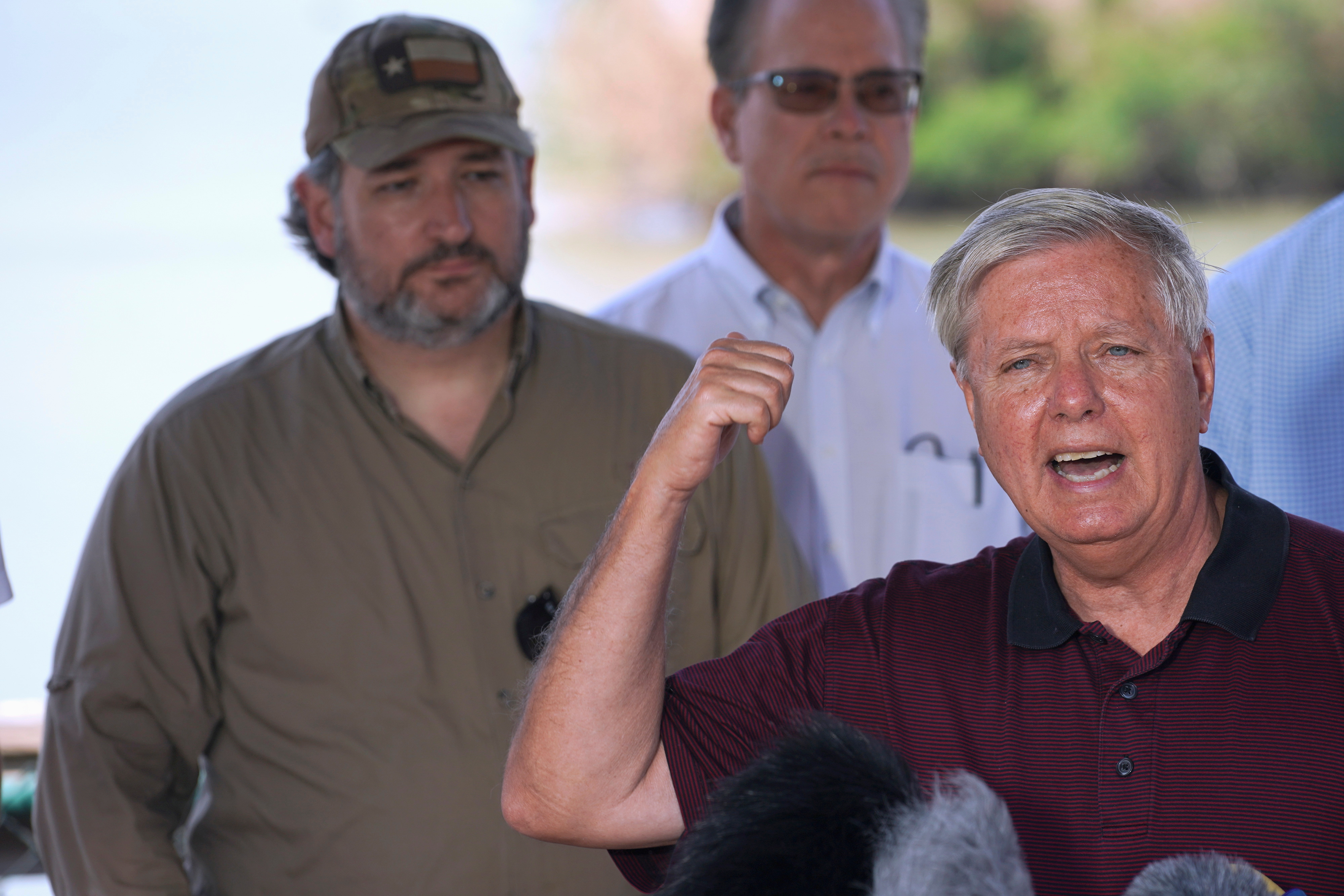 And the state now says it is now illegal to serve food and drinks to people queueing up to cast their votes at venues.

“This law, like so many others being pursued by Republicans in statehouses across the country is a blatant attack on the Constitution and good conscience," Biden said of the controversial changes.

"It must end. We have a moral and constitutional obligation to act."

The president has called on Congress to pass H.R. 1, a Democrat-led measure that significantly enhances the voting rights of millions of Americans.

During his interview, Graham slammed the passage of H.R.1 as "disastrous" for Republicans.

"To my friends in Georgia, they had the highest turnout in the history of Georgia. We had 150 million something people vote," Graham said. 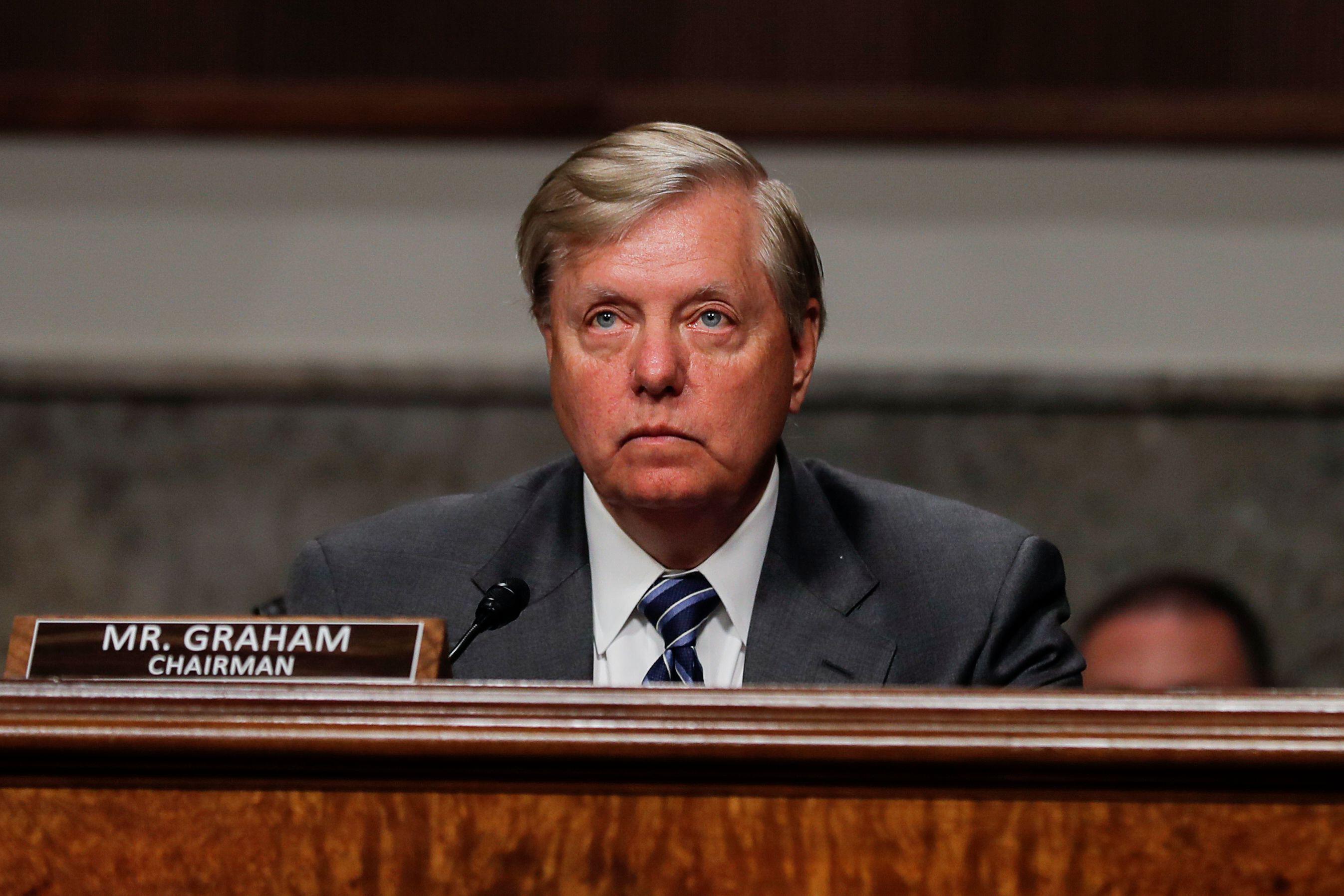 "If you're a black Republican, you're either a prop or Uncle Tom. They use the racism card to advance a liberalism agenda and we're tired of it.