AMERICANS marked a grim milestone as the coronavirus death toll reached over 500,000.

The sobering figures have sent shockwaves through the world as the international vaccine rollout continues. 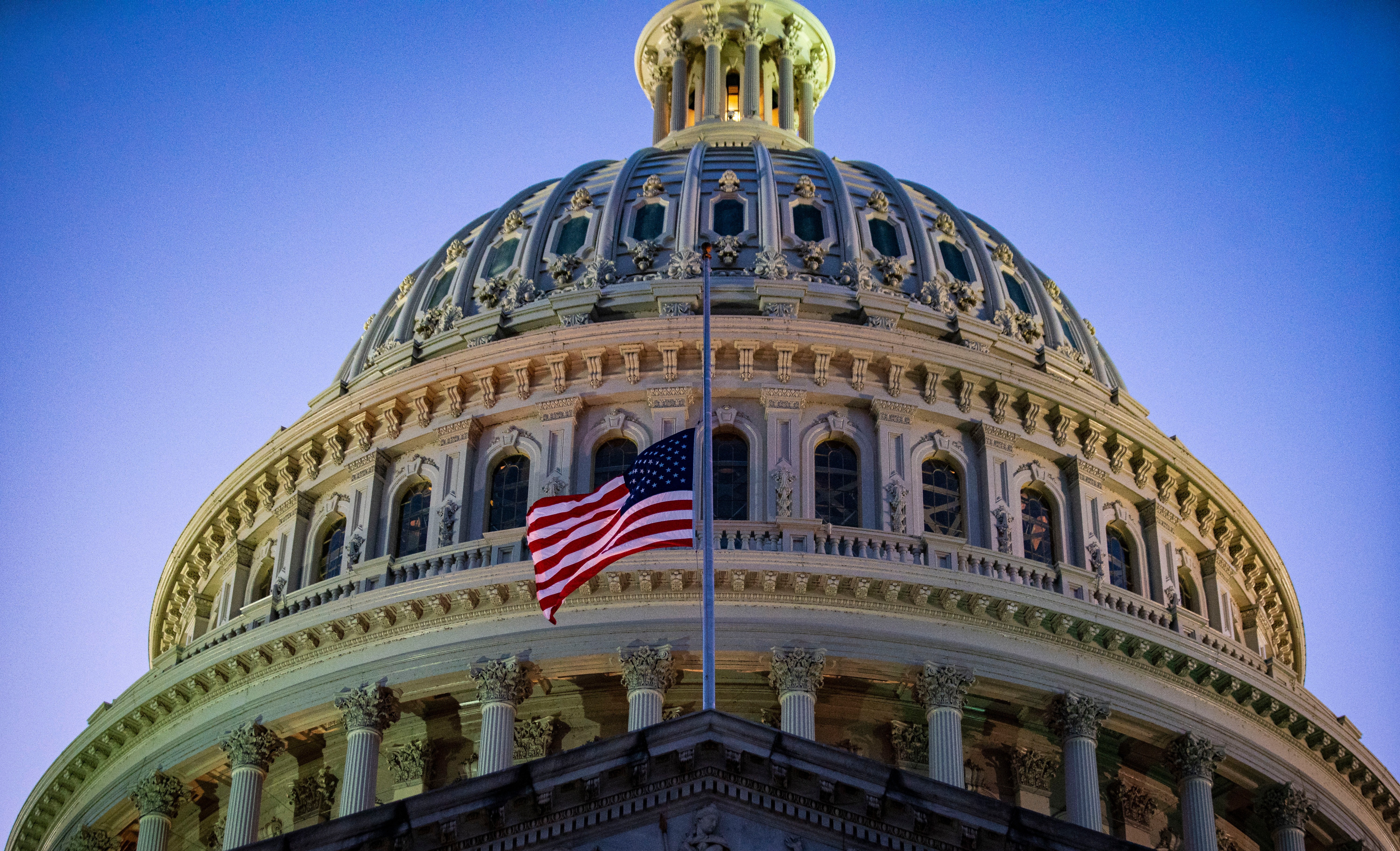 Why are flags at half mast today?

The White House ordered that federal flags should fly at half mast to remember those who have lost their lives to coronavirus, as the death toll surpassed 500,000.

House Speaker Nancy Pelosi also led a moment of silence on the House floor on Monday morning, as the flags at the Capitol were lowered.

President Joe Biden held a similar event the day before he took office on January 20, by holding a memorial to honor the 400,000 Americans who had died.

The US has recorded the most number of fatalities worldwide. Their figures make up 20 percent of the globe's nearly 2.5 million deaths.

The new data, configured by John Hopkins University, revealed that the figures are equal to the number of Americans killed in World War II, Korea, and Vietnam, combined. 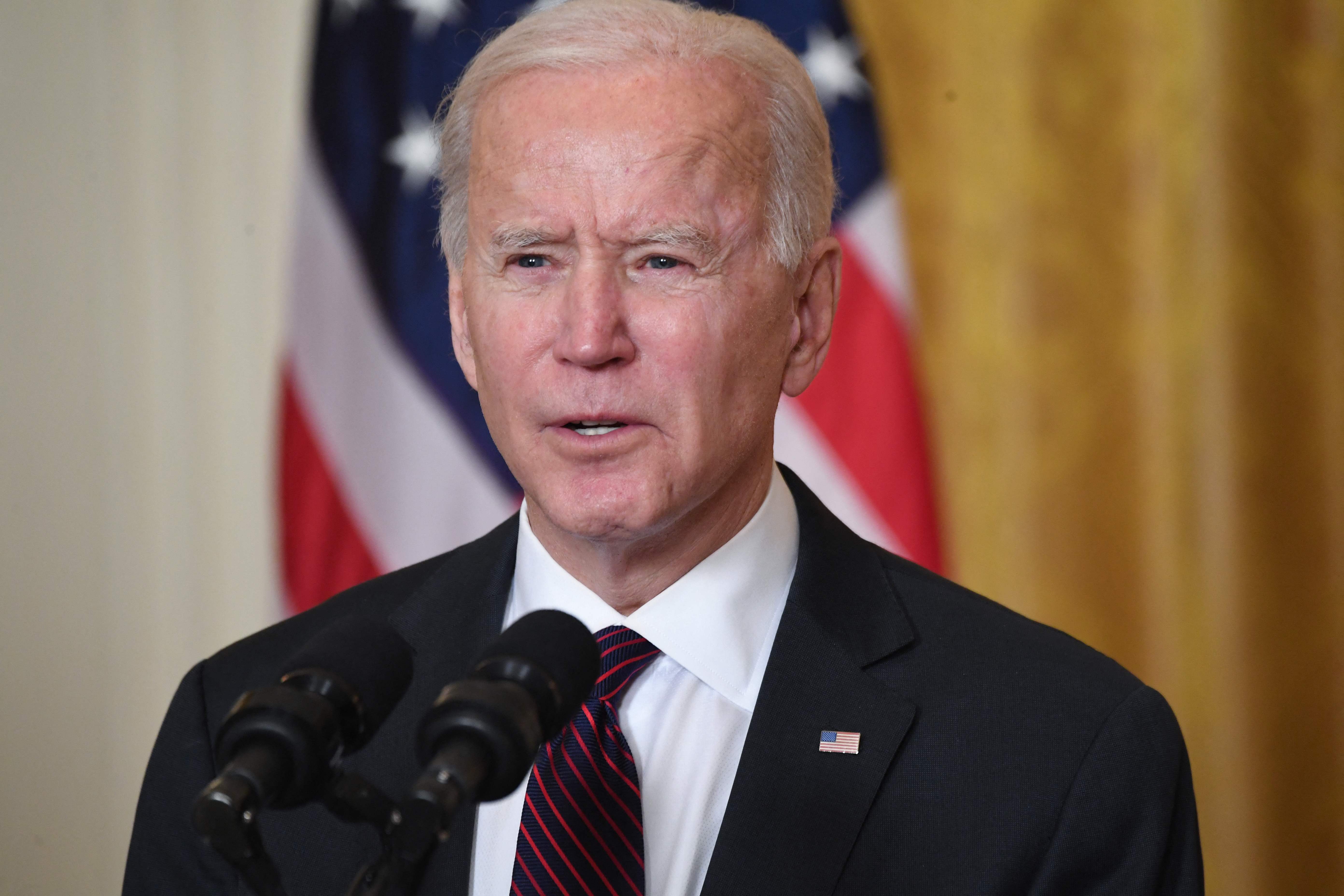 How long will the flags remain at half mast?

The White House lowered its flag to half mast on Monday at 5pm.

The President addressed the nation from the White House at 6 pm, before beginning a memorial service. Biden held a candlelight ceremony at sunset in a poignant tribute. 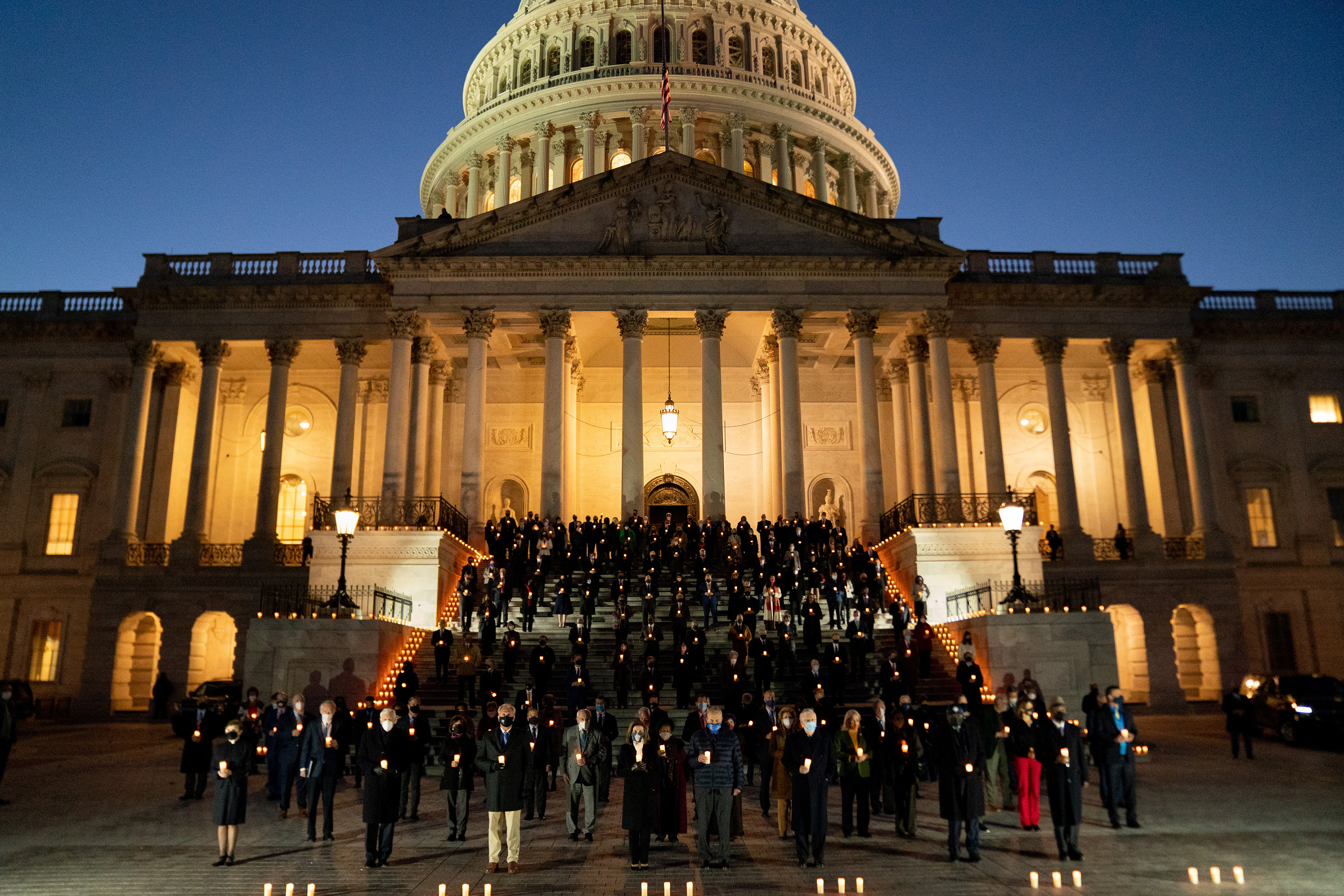 What has Joe Biden said?

Before the memorial service, President Joe Biden delivered remarks from the White House in wake of the grim milestone of 500,000 deaths.

"We often hear people described as ordinary Americans. There's no such thing, there's nothing ordinary about them.

"The people we lost were extraordinary. They span generations. Born in America, emigrated to America. "So many of them took their final breath alone in America.

"As a nation, we can't accept such a cruel fate. We have to resist becoming numb to the sorrow. We have to resist viewing each life as a sta- — as a statistic or a blur or on the news.  And we must do so to honor the dead, but equally important, care for the living and those left behind."

President Biden drew on his own experiences of grief, losing his first wife and daughter in a car accident and his 46-year-old son Beau who lost his battle with cancer. 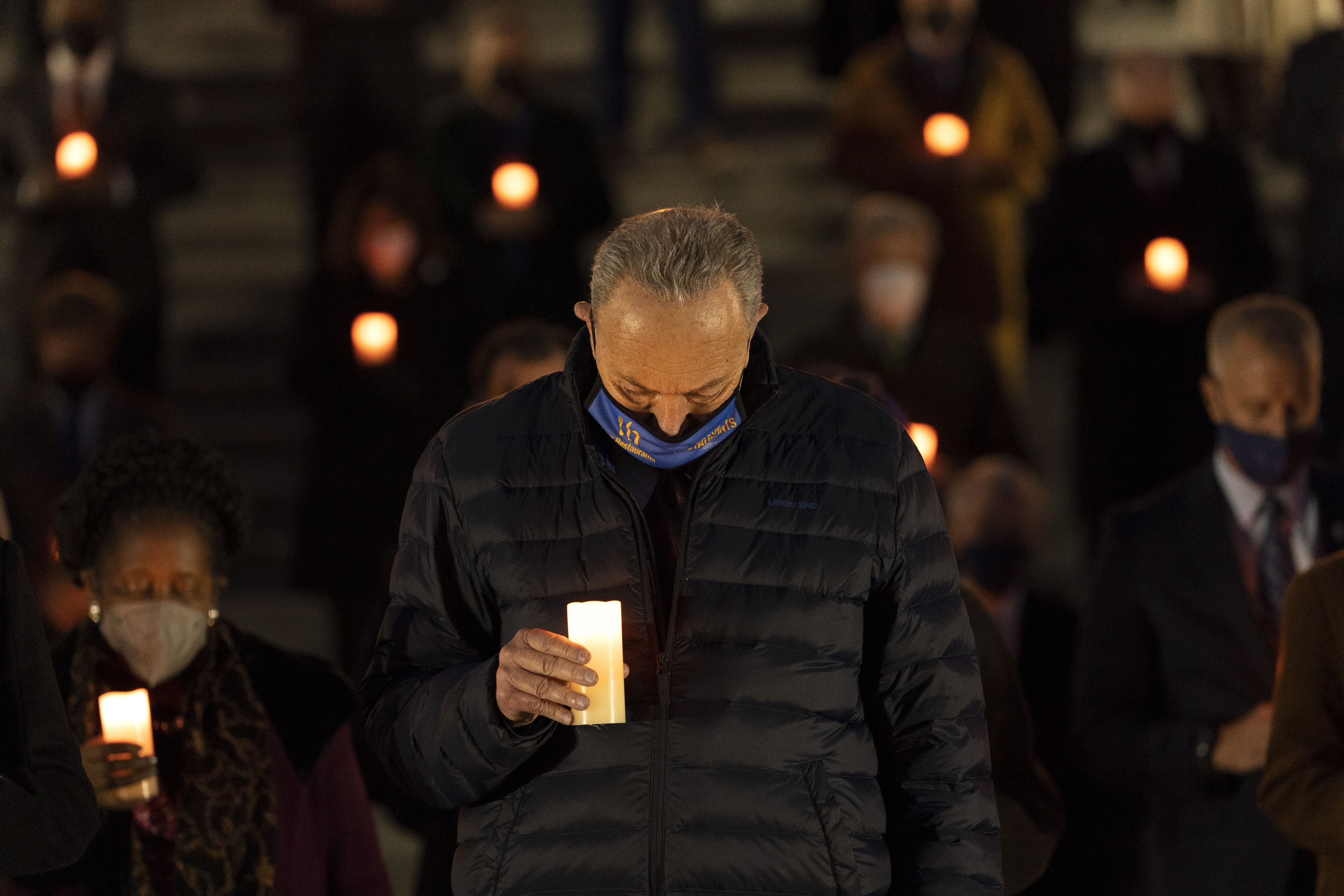 "For the loved ones left behind, I know all too well — I know what it’s like to not be there when it happens.  I know what it’s like when you are there, holding their hands.  There’s a look in your eye, and they slip away.  That black hole in your chest, you feel like you’re being sucked into it.  The survivor’s remorse.  The anger.  The questions of faith in your soul. "

The moving message delivered by the 46th President of the United States is an example of his attempts to try and turn the tides he inherited from Donald Trump to calm the country.

Referencing the tragic death toll and his predecessor, Biden warned: "We must end the politics of misinformation." 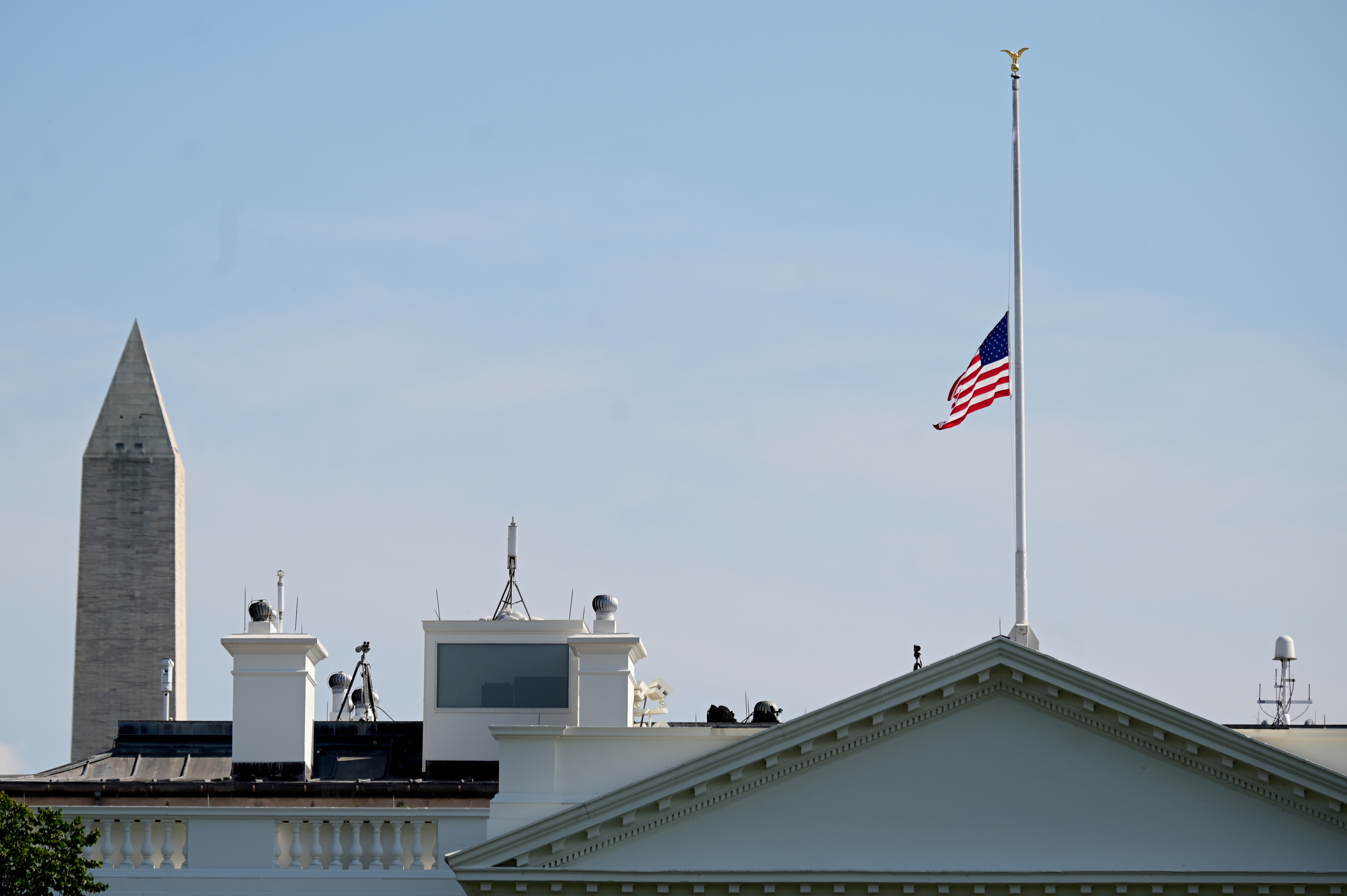