EXCLUSIVE: Widow of husband hacked to death with samurai sword by drugged-up feral teenagers sues his factory bosses for £200,000 for putting him in harm’s way

A widow whose husband was hacked to death with a samurai sword by two drugged-up feral teenagers is suing his employers, MailOnline has learned.

Elaine Wilson, 63, has launched a compensation claim over the horrific death of her husband Robert outside the pharmaceutical factory where he worked in 2020.

The 53-year-old suffered over 100 stab wounds in an unprovoked and frenzied attack with the martial arts weapon that was captured on CCTV and his mobile phone.

His teenage killers Kiyran Earnshaw, 18, and Luke Gaukroger, 16, were jailed for life at Leeds Crown Court in September 2020 after pleading guilty to murder. Prosecutors described the attack as ‘barbaric’.

Wilson was working for the pharmaceutical company Thornton and Ross in Linthwaite, near Huddersfield, as a night shift supervisor.

His role was to work inside the factory that made the household cleaning products as well as the heroin substitute methadone and painkiller codeine.

According to the writ filed in the High Court he and other employees were asked to move on trespassers from outside the factory where a smoking shelter was often used by teens for drinking and taking drugs. 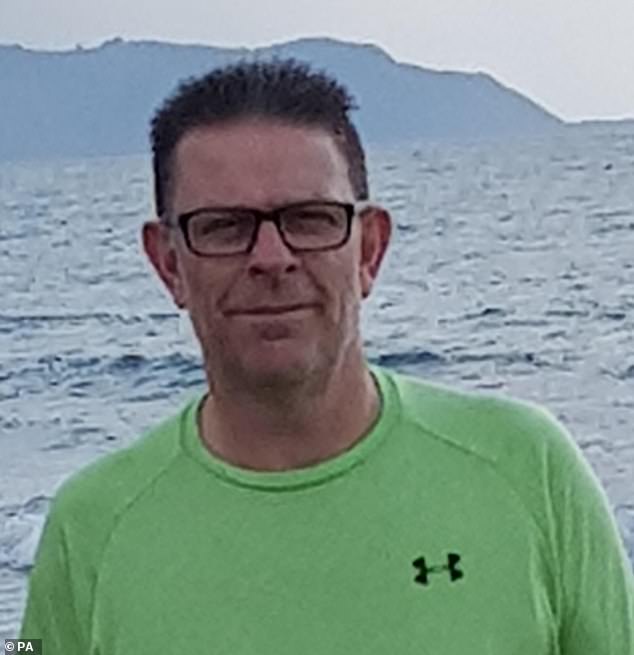 Robert Wilson (pictured), 53, suffered over 100 stab wounds in an unprovoked and frenzied attack with the martial arts weapon that was captured on CCTV and his mobile phone 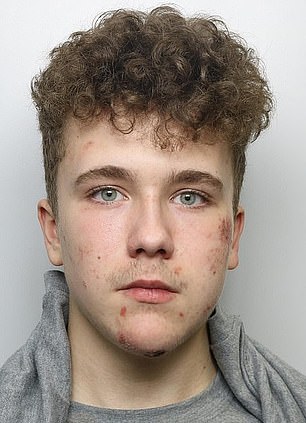 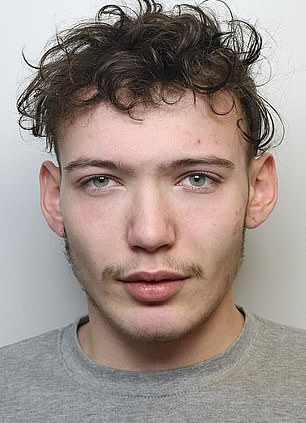 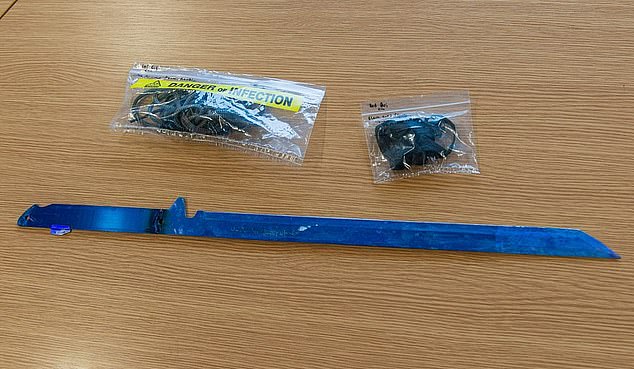 The entire assault was captured on CCTV as Wilson had previously asked the operator to call police and monitor the situation (Pictured: Sword used in the ‘barbaric’ attack)

The company were aware they had a problem as they had previously employed a security firm to patrol the area around their premises. The security firm were dismissed after three months as bosses at Thornton &Ross were dissatisfied with their work.

Mr Wilson had worked for the company for three years when he and colleagues noticed a group a youths gathering outside the premises on January 20 2020 and asked them to leave.

While most of the group left, Earnshaw and Gaukroger remained with the younger teen claiming he had lost his phone.

While Wilson helped him look for the mobile Earnshaw pulled out a blue samurai sword from his tracksuit bottoms and launched the frenzied attack.

The pair took it in turns to slash and stab Wilson and even attempted to hack off his head.

Wilson’s colleague John Badejo, who attempted to intervene, suffered slash wounds and needed 12 hours of surgery to save his hand.

The pair’s murder trial heard that at one point they even paused the brutal assault to rifle through Mr Wilson’s pockets for money before resuming to repeatedly slash and stab his body.

The entire assault was captured on CCTV as Wilson had previously asked the operator to call police and monitor the situation.

Earnshaw and Gaukroger fled when police arrived but were arrested after officers deployed their tasers and incapacitant spray.

Wilson’s widow – who now visits schools and colleges as a campaigner to warn young people about knife crime – attended the murder trial which saw Earnshaw told he must serve at least 22 years while his co-defendant, was sentenced to a minimum 16 years and eight months. 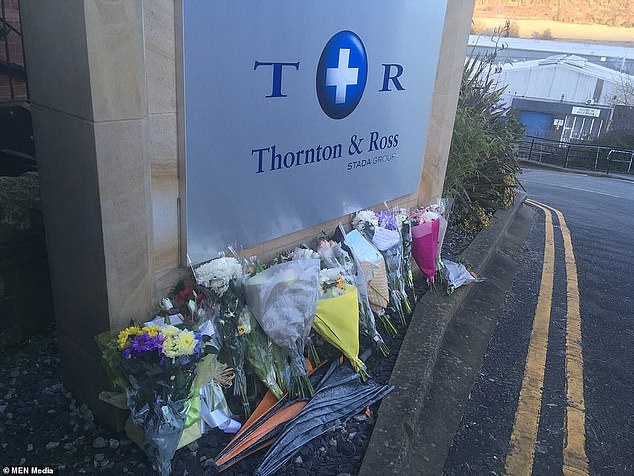 Wilson was working for the pharmaceutical company Thornton and Ross in Linthwaite, near Huddersfield, as a night shift supervisor (site pictured with tributes left following murder)

In her writ seeking £200,000 in damages Mrs Wilson claims her husband’s employers were negligent in caring for her husband’s safety.

She is suing for the financial losses caused by her husband’s death and blames the company for putting him in harm’s way.

She says they allowed him to carry out work for which he had received no training and required him to work outside the factory even though his contract stipulated he was only required to work inside the premises.

The writ says the company failed to carry out a risk assessment and knew the outside area had previous problems with trespassers.

It also says they were aware he could encounter trespassers and face violence.

Police were often called to the site and previously four staff members playing cricket on a nearby park needed hospital treatment after being attacked by a knife wielding gang – including the pair who later committed the murder.

Months after father of two Mr. Wilson’s death a security firm was employed to patrol the area where he died. 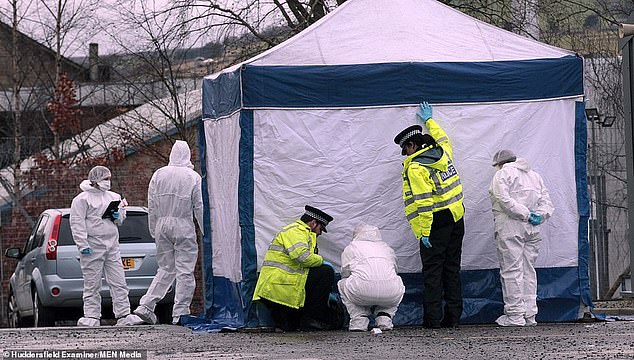 In her writ seeking £200,000 in damages Mrs Wilson claims her husband’s employers were negligent in caring for her husband’s safety (Pictured: Forensics working the scene following the brutal murder in 2020)

His widow has since visited schools near her home in Birstall, West Yorkshire, to talk to students.

She has taken part in a project called Positive Engagement Against Knives (PEAK) to honour her husband and tell students about the dangers of knife crime.

In a visit to Westborough High school she said: ‘We always thought as a family that some good needs to come out of this.

‘We were shocked at how young Robert’s killers were and we are concerned about what is happening in our community.

‘It is important to get the right message out and support young people in this way which is why I am so keen to support the positive work of PEAK.

A spokesman for the Kennedy’s Law, the solicitors representing Thornton and Ross, have been contacted for comment.