Argentina’s goalkeeper Emiliano Martinez may have raised eyebrows with his antics which helped win the World Cup – but his level-headed wife is far from the conventional image of a WAG.

While her flamboyant Aston Villa keeper husband, nicknamed Dibu, is now infamous around the world for his lewd gesture when he held his Golden Glove trophy to his crotch after Argentina’s victory, she has her feet firmly on the ground

Amanda’s business MiSuenos Kids sells childrens’ clothing, toys, furniture and nursery equipment online and from a showroom in Radlett, Hertfordshire, which also offers toddler and baby classes including sensory activities for ‘little ones to learn through play’. 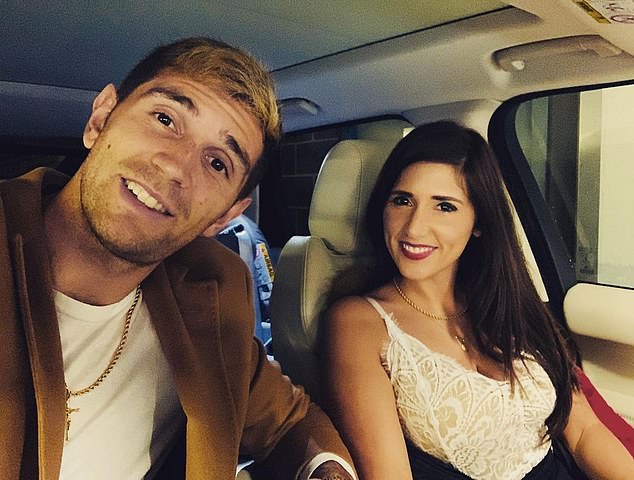 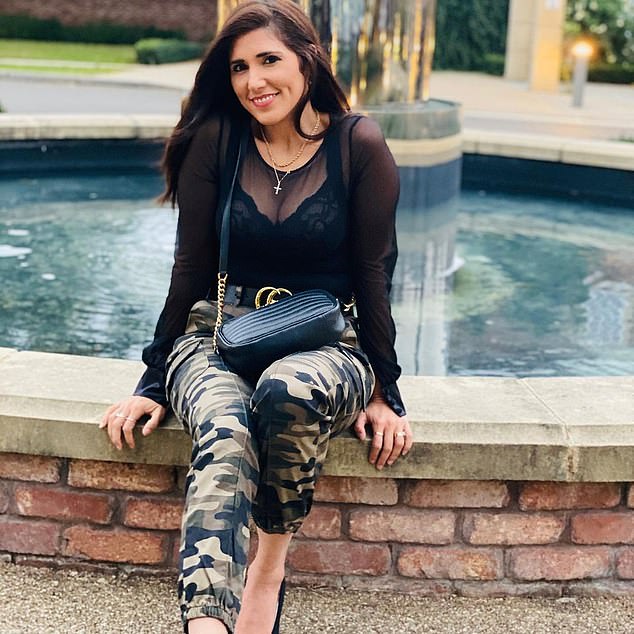 The only nod to her sporting hero husband among the items she sells are copies of his £12.99 Spanish-language book Dibu Martinez – Pasión Por El Fútbol.

Amanda’s embracing of her ‘yummy mummy’ world of designerwear and furniture for children, is at odds with her 6ft 5in tall husband’s apparent delight in promoting outsize burgers named after him by a takeaway chain in Argentina.

The new Mega Dibu burger, loaded with high calorie cheese and bacon, is being sold by Mostaza which is the second biggest fast food outlet in Argentina after McDonald’s.

Martinez, 30, who lives with his wife and two children in a £2.3million house near Birmingham has enthusiastically endorsed the less than healthy delicacy, tweeting last month: ‘Passion leads you to glory’.

The Argentinian star drew praise for his skill on the pitch during the World Cup, but also raised eyebrows for his behaviour during and after his team’s World Cup victory against France.

Martinez made a dramatic ‘starfish save’ in the final’s last minute of extra time to prevent Randal Kolo Muani from scoring a winning goal and snatching victory in Qatar. 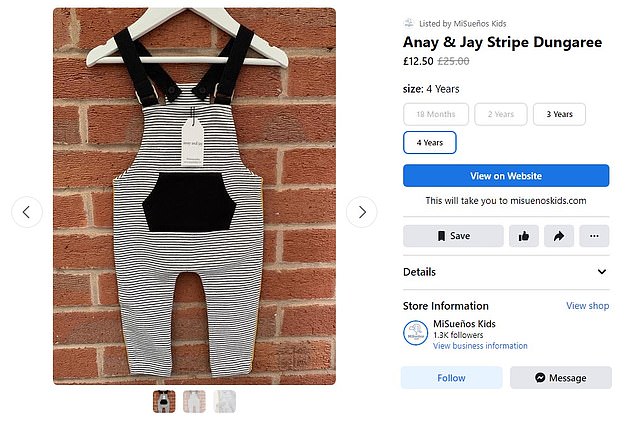 Products she is currently selling range from a discounted boy’s yellow coat costing £30.90 and dungarees at £12.50 to an Oriana Fairytale bunk bed costing £4,990 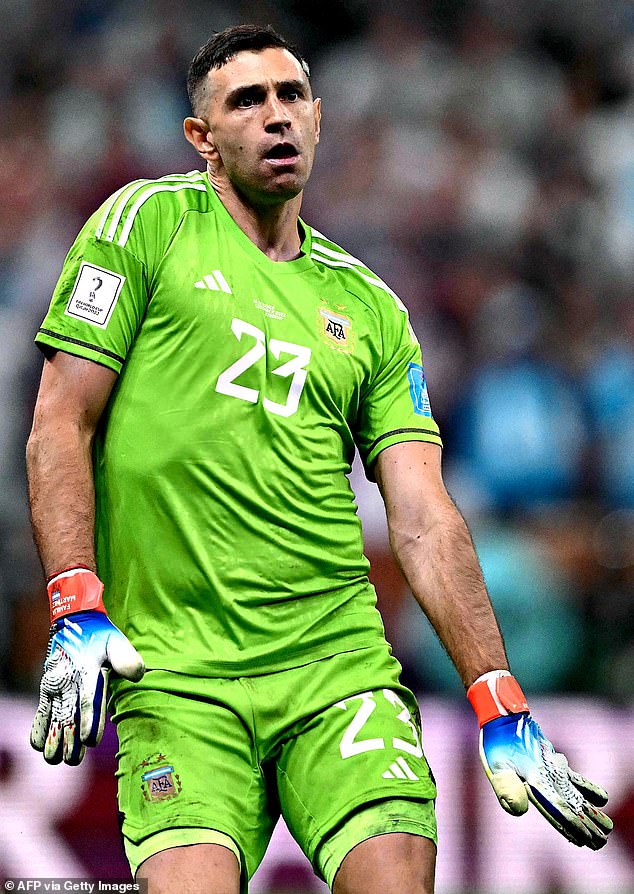 Goalkeeper Martinez made headlines around the world for his antics against France during the World Cup final, including dancing after a French player had missed a penalty 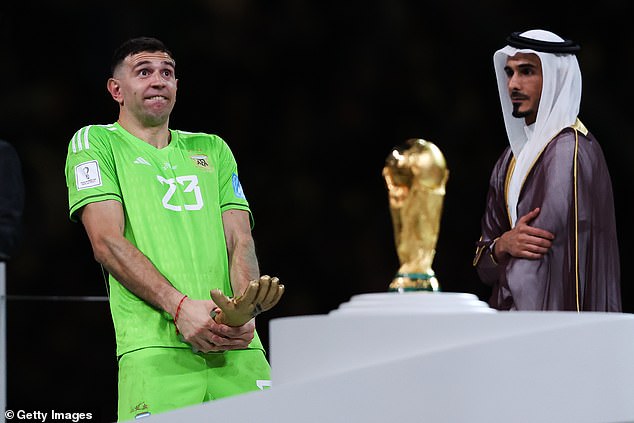 Then, with the score at 3-3, he played a series of mind games to put off French players during the penalty shoot out which included twice asking the referee to check the placement of the ball before it was kicked.

Martinez also threw the ball away from Aurélien Tchouaméni which seemingly distracted him enough to put his penalty wide, prompting some commentators to accuse him of cheating.

He made his rude gesture with his Golden Glove award in front of stunned Qatari officials after being presented with it, later claiming that he did it in response to French fans who had booed him.

Martinez was later cheekily seen demanding a ‘moment of silence’ for French star Kylian Mbappe, during a dressing room conga as he celebrated with his teammates.

He targeted Mbappe again during a chaotic victory parade around Buenos Aires, when he stood bare chested holding a doll with its face covered by a picture of the French player.

Martinez grew up in poverty in Mar del Plata, a port city on Argentina’s Atlantic coast. His parents were so poor that they could sometimes only feed him meals of rice.

His father Alberto, worked long hours as a truck driver delivering fish while his mother Susana, cleaned apartments, dropping off Emiliano and his brother, Alejandro, at the bus stop as early as 6.30am for them to head to school alone. 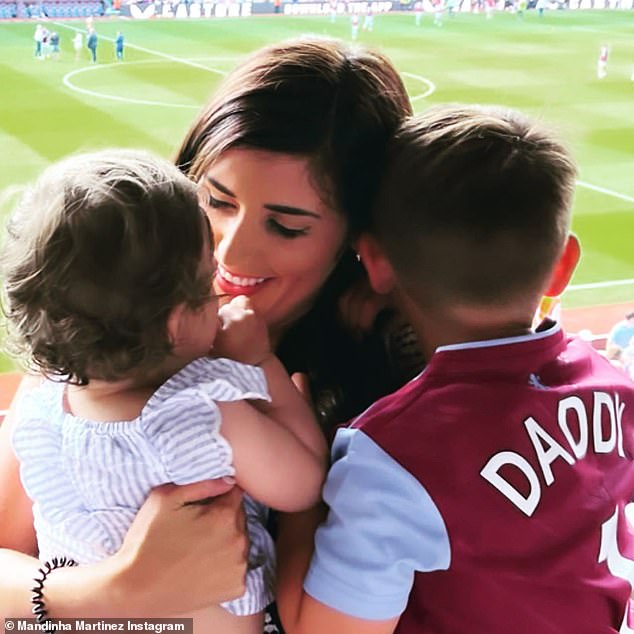 Amanda lives with her husband and two children in a £2.3million house near Birmingham 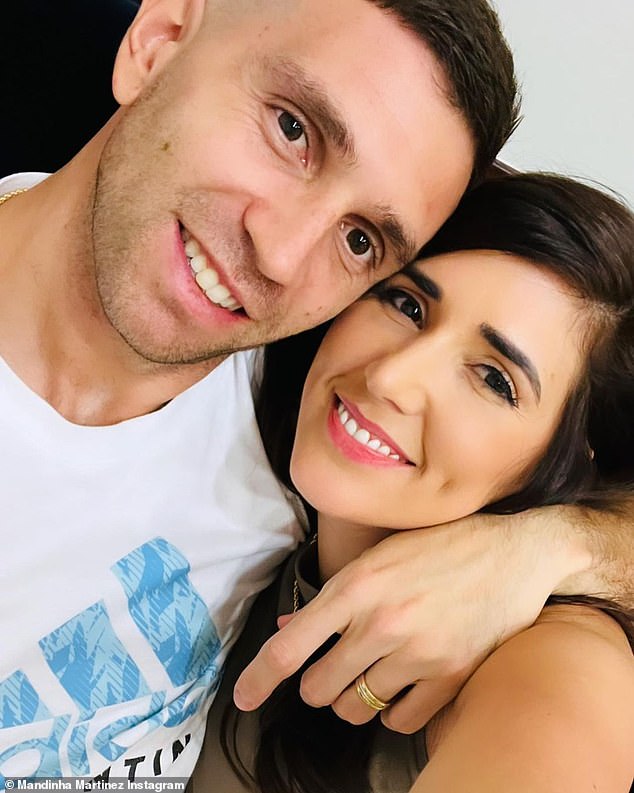 The Argentinian star drew praise for his skill on the pitch during the World Cup, but also raised eyebrows for his behaviour during and after his team’s World Cup victory against France

Martinez has previously spoken of his anguish at seeing his dad crying late at night under the stress of unpaid bills, and his parents going without food to ensure he and his brother could eat something.

He left home at the age 12 for Buenos Aires, to join soccer club Independiente as a youth player, and lived out of a hotel with his parents only able to afford to visit him once every two weeks.

Martinez left Argentina at the age of 17 after being offered a trial by Arsenal which led to him getting a youth contract with the north London club.

He made just six Premier League appearances for Arsenal from his arrival in 2010 arrival through to 2019 as he was shipped out on loan to other clubs including Oxford United, Sheffield Wednesday and Rotherham.

Martinez also had spells at Wolverhampton Wanders and with Getafe in Spain, where he barely played, before going to Reading United on loan in 2019.

He watched the 2014 World Cup final at an asado, a barbecue, with friends back home in Argentina, and went with his brother in 2018 to be a spectator at the finals in Russia.

His career finally took off after Aston Villa signed him up on a four year contract for £17million in 2020.

But while Martinez is now a hero in the country of his birth, MailOnline can reveal that he has previously identified himself as a Spanish citizen on Companies House records in the UK.

Martinez made no mention of his links to Argentina in the paperwork of two companies he owned, despite being born in the South American country

Instead under details asking for his nationality, he listed himself as Spanish, suggesting that he may have adopted dual nationality to make it easier to play in Europe.

It is believed his Spanish citizenship has never been disclosed before, and it may come as a shock to the legions of fans in his homeland to learn about it.

One of his companies Martinez Estates Ltd was set up in April 2018 and dissolved in September 2019 after never filing accounts.

His other company Dibu Ltd was incorporated in 2016 and finally dissolved in April this year. Its latest accounts revealed it had assets of £407,318 on October 32, 2020.

The company run by his wife Misuenos Ltd was founded in 2014. The couple married in 2017 and have a four -year-old son Santi, and a daughter Ava, aged two.